Local chapter forms in support of the Protecting the Right to Organize Act, a renewal of workers' rights 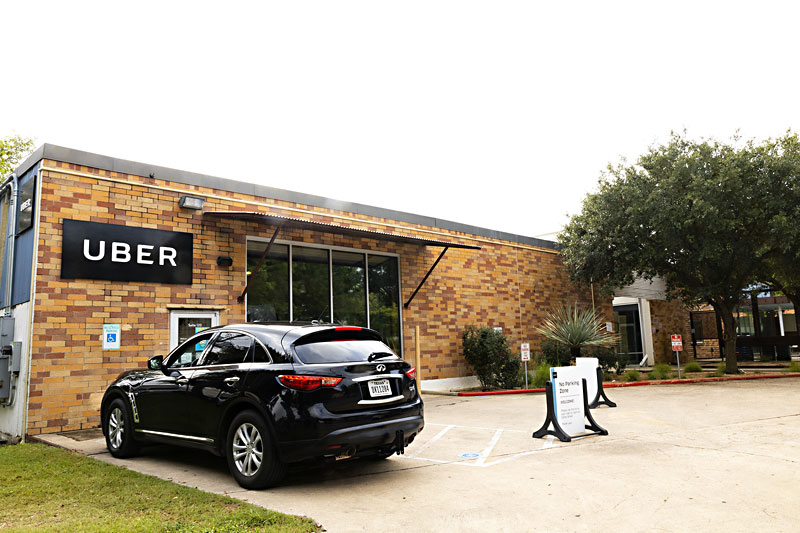 In late July, Rideshare Drivers United announced its new Austin chapter, rallying at the local Uber Greenlight Hub in support of the Protecting the Right to Organize Act, a renewal of workers' rights, which passed the U.S. House of Repre­sent­a­tives in March and, like other progressive priorities, awaits action someday in a filibuster­-dead­locked U.S. Senate. The event was sparsely attended, but "that's not because all the Uber drivers are so happy to drive for Uber," said one driver, who asked to remain anonymous. "For the most part, they don't know about this kind of stuff. And like me, they're scared to death of getting deactivated."

Concerns like these are why RDU exists, says Brian Dolber, a professor at California State University San Marcos (in northern San Diego County) who researches the gig economy. He's also a former driver for Uber and Lyft who collaborated with RDU as it got off the ground in Los Angeles. "There's very little recourse that drivers have" if the companies deactivate their account, he says.

Dolber says that because gig workers are persistently (and in his view wrongly) classified as independent contractors, they lack basic protections and benefits. In California, a $205 million campaign bankrolled by Uber, Lyft, DoorDash, Instacart, and Postmates persuaded voters in November to approve Proposition 22, which designated the drivers as contractors. Texas law does the same for rideshare drivers, after 2017's House Bill 100 took regulating the companies out of local hands following Austin voters' defeat of a citizen initiative lavishly funded by Uber and Lyft. The federal PRO Act, Dolber says, "wouldn't reclassify people nationally as employees, but it would give misclassified workers ... collective bargaining rights."

One of the flaws in viewing drivers as contractors, Dolber says, is that they don't have the information they need to make "independent" decisions about their work. As one driver in Austin told us, "When I accept a ride request, I get next to no information about the ride ... It gives me the pickup location [and] how long it will take to get there [but not] where [the rider is] going." Uber recently instituted a "long ride" notification that a drive will take more than 45 minutes but not more detail. The driver also told us he doesn't know how much a rider pays and how much of that fare he receives. Dolber says companies "can change those rates on a whim [and] it becomes very hard for drivers to know how much they need to work in order to make X amount of money. ... If that's all opaque, then how is it that you have 'control'?"

Aside from a lack of transparency, "as independent contractors, those state and federal protections that you get around health and safety go out the window, and these multibillion-dollar companies have no liability," says Dolber. Another driver told the Chronicle he was assaulted by a passenger two weeks ago, missed requests for rides while filing a police report, and lost his bonus. "When I called Uber's critical safety line afterwards, their response was essentially like, 'Wow, man, that really sucks for you. Good luck.'"

Dolber thinks it's a good sign in Austin that "workers are beginning to shape the conversation ... pointing out that what has been called the 'gig economy' business model is really not innovative. It's not creative, it is just a legal maneuver to undermine workers' rights."