As COVID-19 case counts drop and vaccination rates rise, the district looks to the fall 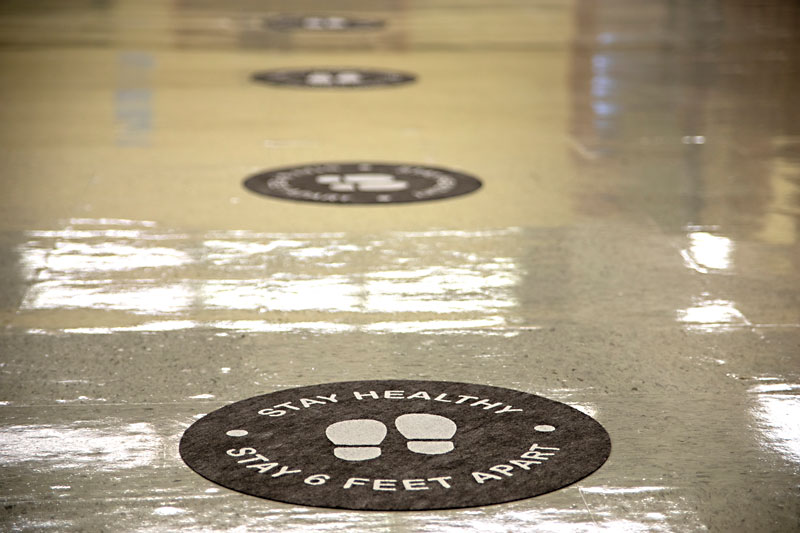 The school year is over, and thousands of Austin ISD students celebrated – in person – the end of their K-12 years at graduations last week. Now, with another huge influx of federal pandemic relief cash due any day, the district looks toward the fall, and a new school year that may not feature remote learning.

As COVID-19 case counts dropped and vaccination rates rose across Austin, AISD was able to host in-person commencement ceremonies for the first time since the pandemic began, handing physical diplomas to graduates who made it through their final three semesters of Zoom-school to earn their degrees. Perhaps most fitting was the Anderson High graduation, when a thunderstorm cut off power to the ceremony at the Delco Center. The outgoing Trojans finished with the help of a megaphone and the halogen glow of phone flashlights held up by their families as they crossed the stage.

The ceremonies were the largest in-person events AISD has hosted in more than a year. As planning for this fall begins, the district has not yet decided that all classes should be on campus come August – a question complicated last week when House Bill 1468 failed to pass the Texas Senate before the legislative session ended May 31.

HB 1468, which fell victim to the Sunday-night logjam in the Senate after the Demo­cratic walkout to thwart the "election integrity" Senate Bill 7 in the Texas House, would have guaranteed school districts full funding for virtual instruction this fall. Its failure means that, unless Education Com­mis­sioner Mike Morath grants a waiver, school districts must pay to set up a costly virtual learning program out-of-pocket or abandon the option entirely. To complicate matters, schools won't be able to mandate masks this fall, as decreed via executive order by Gov. Greg Abbott.

These facts worry parents including Meghen Hiller, whose three children are all medically fragile and too young to be vaccinated. "We've already spent a lot of time in children's hospitals over the years ... and COVID was just terrifying," she said. Unless the vaccine is expanded to children under 12 soon, Hiller said, if masking and distancing aren't possible, her children would have to attend virtual school out of the district until they could be immunized.

AISD has not yet decided that all classes should be on campus come August – a question complicated when HB 1468 failed to pass the Texas Senate.

Throughout this past spring, AISD, which advocated for HB 1468 at the Lege, had planned to make virtual instruction available for the 2021-22 school year. The district said it is still working through the implications of the bill's failure, and has not yet made an announcement about its plans for this fall. (The timing of special sessions – at least two, according to Abbott – at which the bill could be revived is not yet determined.)

Other districts have made the call: Hays Consolidated ISD and Round Rock ISD will not offer virtual learning in the fall, both citing the failure of HB 1468. However, Dallas ISD announced it will offer a "Hybrid Virtual Academy" this fall, to be paid for with local revenues if necessary.

Such a large out-of-pocket commitment might be tough for AISD, already facing a deficit in next year's budget. However, more than $155 million in ESSER III (Elementary and Secondary School Emergency Relief) money from the American Rescue Plan Act will be coming to Austin soon, which could support virtual learning or many other things, thanks to new federal guidance which thwarted Abbott and the Texas Education Agency's attempts at micromanagement. The district is currently gathering community feedback on top pandemic­-response priorities via a survey, looking for short-term ways to spend the funds, as required, over the next three years. Options range from improved campus ventilation systems, to parent outreach, to extra enrichment opportunities. One of the options is "blended learning," which would add online components to classroom learning.

In addition, TEA recently announced that $5 billion in ESSER II funds from the CARES Act, which the agency had been holding onto, will soon be heading to local districts, including $69 million to AISD. However, TEA has said it will use some of these funds to backfill allocations for districts that needed to use the agency's "hold-harmless" policies when their average daily attendance plummeted during the pandemic. That includes AISD, which lost thousands of students representing millions of dollars of state funding and was saved from financial freefall by the policy. Now, it could see significantly less of its ESSER II funds, although TEA won't release the final sums until this September. Although the Zoom-school year is over, AISD may be still stuck on mute in TEA's waiting room for months.