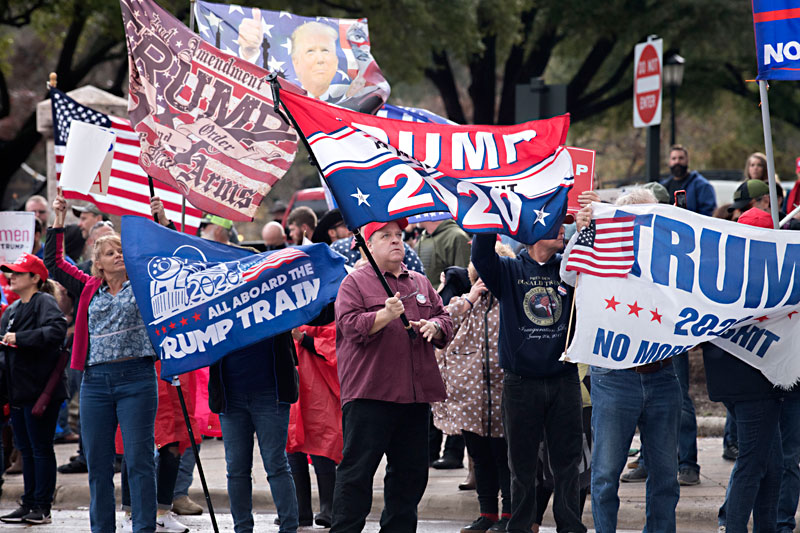 Hundreds of President Trump supporters gathered at the Texas State Capitol and lined 11th Street on Wednesday, Jan. 6, to protest Congress’ certification of President-elect Joe Biden. The Texas Department of Safety closed the state Capitol building and the surrounding grounds after pro-Trump rioters stormed the U.S. Capitol in Washington, D.C., that afternoon, forcing a lockdown and halting the count of Electoral College votes. Visit austinchronicle.com/photos for our gallery covering the rally. (Photo by John Anderson)

Former Williamson County Sheriff Robert Chody, who is currently under criminal indictment (see below), has filed a lawsuit against his successor, WilCo Sheriff Mike Gleason, who won the November election. The suit argues there was a glitch in Leander's voting machine software that caused voters to be given the wrong ballots, among other claims. Meanwhile, WilCo prosecutors have not filed any criminal charges in connection to any allegations of election fraud.

More Chody News Judge Sid Harle of the 4th Administrative Judicial Region of Texas denied Robert Chody's and Jason Nassour's separate requests for their criminal indictments to be quashed in a pretrial hearing this week. Chody and Nassour, former WilCo general counsel, were indicted for evidence tampering in the destruction of video and audio recordings in connection to the 2019 death of Javier Ambler. Ambler, who was pulled over for not dimming his headlights, died after WilCo sheriff's deputies repeatedly shot him with a stun gun despite Ambler's cries that he had congestive heart failure and couldn't breathe.

About That MPT Vote City Council will vote on its new mayor pro tem at Council's meeting on Wed., Jan. 27, instead of during this week's virtual inauguration (Jan. 6) as previously reported. Council Members Natasha Harper-Madison, Greg Casar, and Alison Alter have all expressed interest in becoming Austin's next mayor pro tem.

Two Police Shootings in Two Days In two consecutive days – Jan. 4 and Jan. 5 – Austin Police Depart­ment officers shot two people in separate instances: Dylan Polinski, a suspect wanted in connection to an aggravated robbery who was shot during an APD SWAT standoff at an Austin hotel on Monday, and Alexander Gonzales, who was shot and killed by an on-duty officer after pointing a gun at an off-duty officer in Southeast Austin.

City Compost Expansion Beginning in February, Austin Resource Recovery will expand the Curbside Composting Collection Program to 55,000 new households in the program's fourth and final expansion. Currently, about 152,000 homes receive the service, which is part of the city's Zero Waste goal to divert 90% of materials from landfills by 2040. For more info, visit www.austintexas.gov/composting. 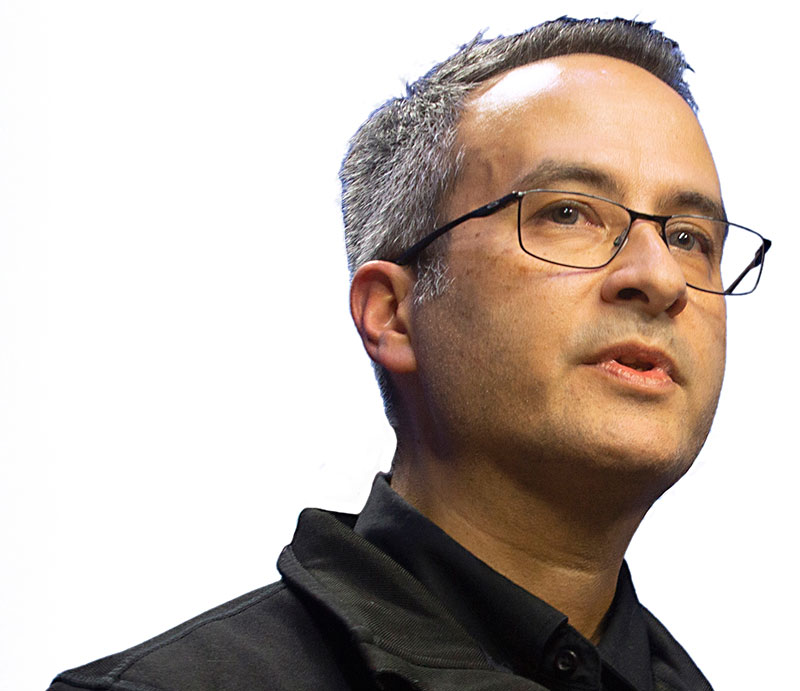 "We cannot vaccinate ourselves out of this surge."