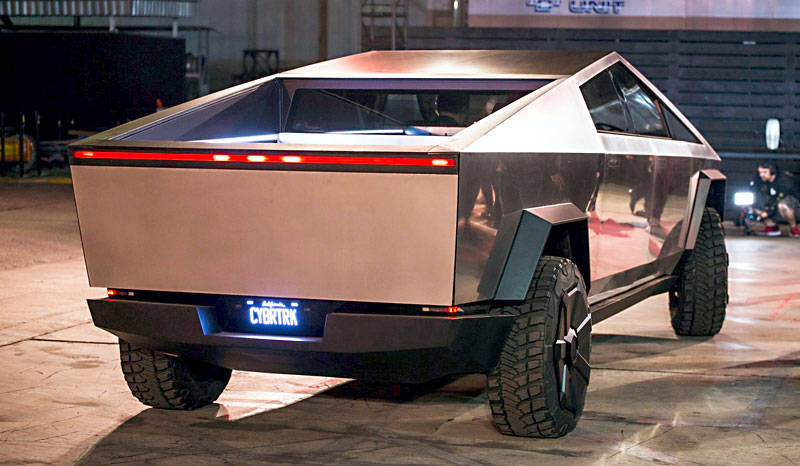 The at least 4-million-square-foot factory, to be located in South­eastern Travis County just north of Bergstrom Airport, will manufacture the Calif.-based company's new Cybertruck electric pickup. The announcement comes a week after the Commissioners Court approved a tax rebate deal for the factory. Under the agreement's baseline incentive – a $1.1 billion investment from Musk & Co. – the county stands to pocket $8.8 million in property tax revenue over 10 years. Currently, the plant's 2,000-acre site near the intersection of SH 130 and Harold Green Road is home to a sand and gravel mining operation with a concrete plant operated by Martin Marietta that provides the county $6,400 in annual property tax revenue. Other heralded stipulations of the Tesla deal include the creation of some 5,000 new full-time jobs over the next four years – with half of those being set for Travis County residents – and an established minimum hourly wage of $15.

Of course, there's fiscal enticement for Tesla, too: a 70% rebate on its property taxes worth upwards of $13 million. The rebate rate will increase incrementally depending on how much capital Tesla further injects into the site over the agreement's 20-year term. Under the county's agreement, Tesla is directed to invest at least 10% of those rebate funds back into community initiatives, like assisting Capital Metro with improving public transportation to the site.

The news was not met with universal applause. Statewide org Workers Defense Action Fund issued a swift statement decrying the lack of "independent, third-party monitoring or enforcement measures" in the deal. Co-Executive Director Emily Timm said, "Tesla is notorious for skirting workplace protections and putting their workers at risk, and we cannot expect them to police themselves."