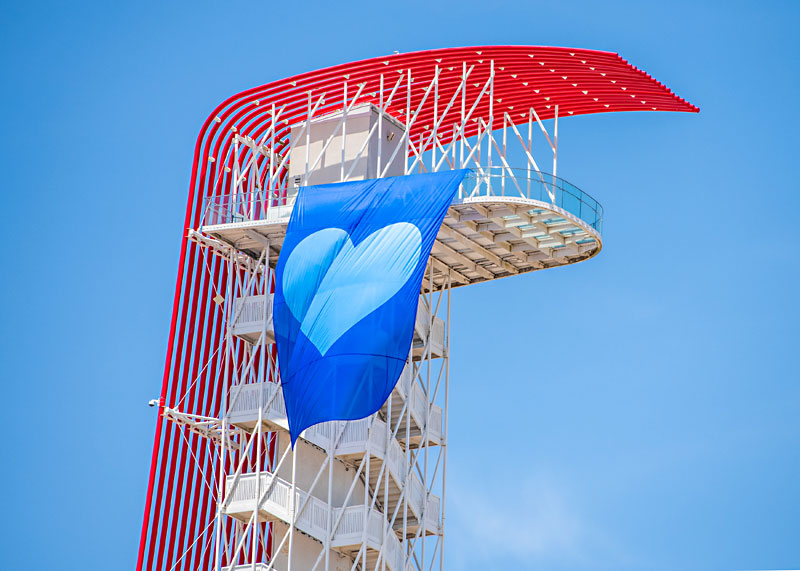 In partnership with the Central Texas Food Bank, Circuit of the Americas hosted the first-ever COTA Food Drive on Sunday, May 10. More than 20,000 people (and 400 dogs) in 7,000 vehicles made donations totaling upward of $200,000 – which will provide over 1.6 million meals to the Central Texas community – for a chance to drive on the world-famous 3.4-mile track. (Photo by David Brendan Hall)

Supe Search Shapes Up: According to AISD Board of Trustees President Geronimo Rodriguez, JG Consulting will have reached out to 500 individuals and orgs by this Friday (May 15) in its search for outgoing Superintendent Paul Cruz's successor. The firm is set to propose its formal scope of work and preliminary job profile before the board in its May 18 meeting.

Just Like That: In-person early voting for the July 14 elections will start a week earlier to account for COVID-19 precautions, per a May 11 proclamation from Gov. Greg Abbott. In-person early voting will now run June 29-July 10 (Mon.-Fri.), instead of the scheduled July 6-10 period. The last day to register to vote is June 15; voters have until July 2 to request a mail-in ballot for vote-by-mail.

APD Scandals Pile Up: The Austin Police Department Public Information Office announced APD's Special Investigation Unit is conducting a criminal investigation – including a DNA search warrant – into a sexual misconduct allegation involving APD Officer Walter Dodds. According to APD PIO, Dodds has been placed on restricted duty pending the outcome of the investigation.

Mystery at the Airport: A male victim was struck dead on an Austin-Bergstrom International Airport runway on May 7 by a landing Southwest Airlines plane. Austin Police and the Department of Aviation confirm the man, 23-year-old Junin Ko, did not have authorization to access the airfield, nor was he an ABIA staffer. 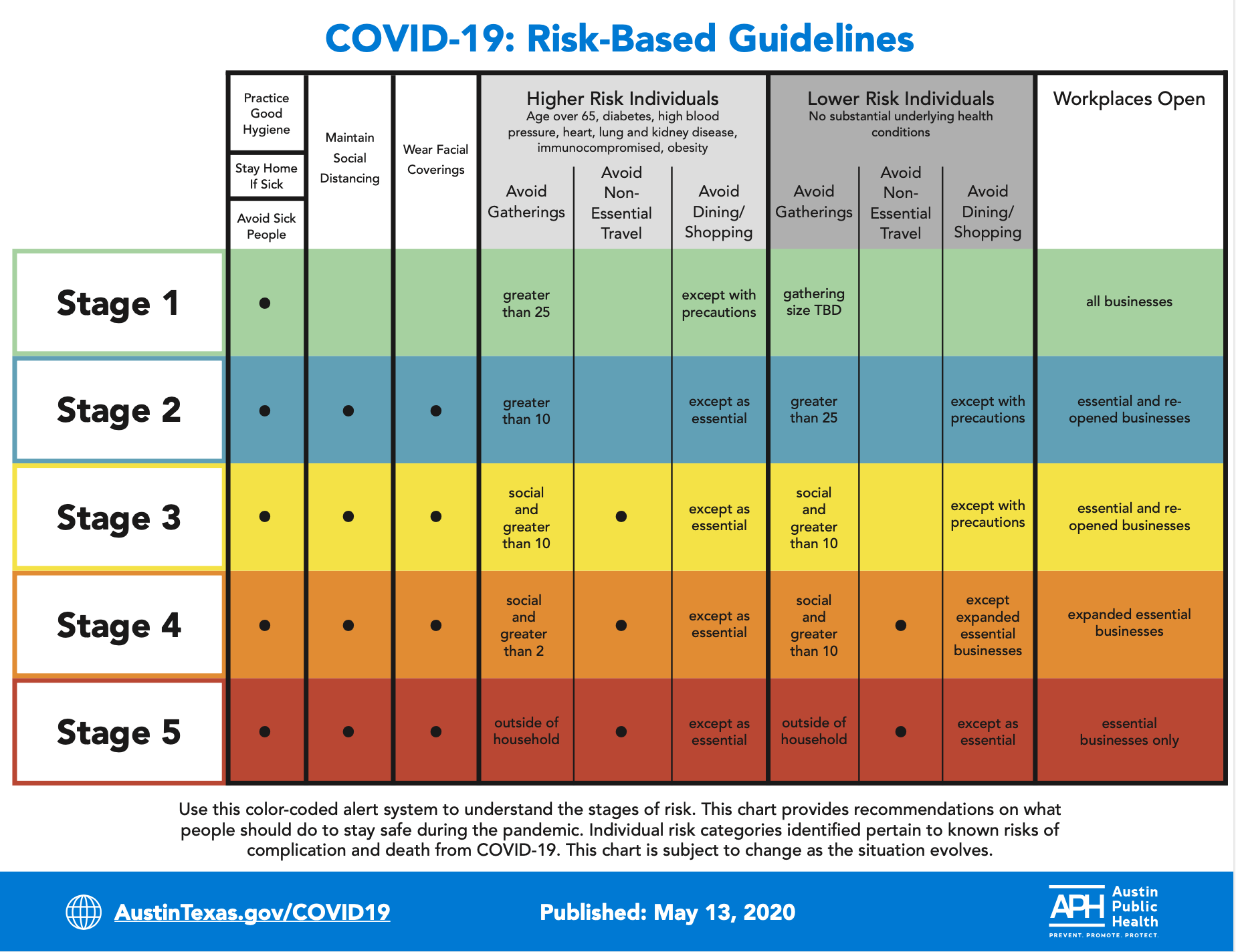 Stages of Risk: Austin Public Health has published risk-based guidelines to help the community stay safe during COVID-19. The color-coded chart sets out five levels of risks – with Stage 1 being the lowest to Stage 5, the most serious threat – along with recommended behaviors for corresponding stages. Currently, APH considers Austin-Travis County to be in the Stage 3 risk category.

The Coup That Couldn't: Austinite Luke Denman is one of two Americans currently in custody in Venezuela following what Venezuelan officials are calling a failed coup against president Nicolás Maduro. In March, the U.S. Justice Department announced charges against Maduro and other officials for alleged narcoterrorism, drug trafficking, corruption, and more. 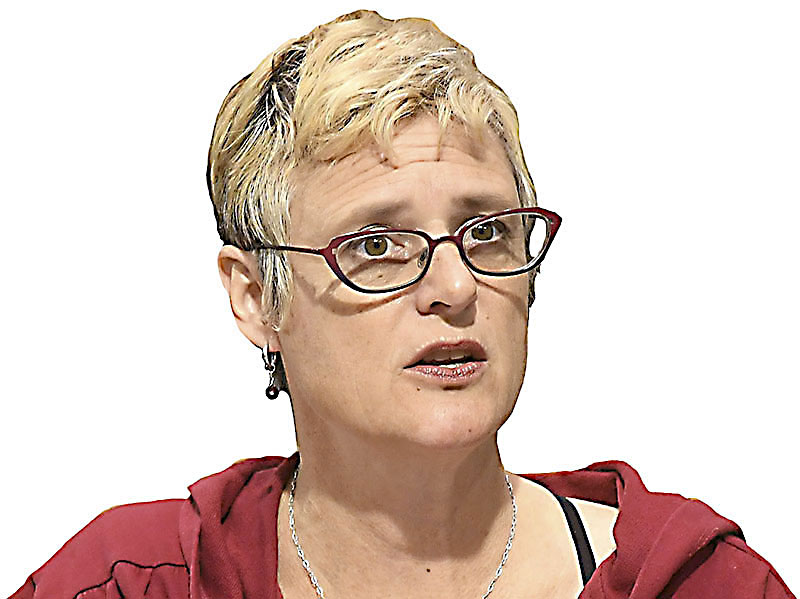 “Travis County government has been my home for 20 years and I will cherish every moment I spent here.”

– Former Travis County Judge Sarah Eckhardt, who officially stepped down from office on May 12 to pursue the race for Senate District 14. Travis County Judge Sam Biscoe was sworn in on an interim basis; he will preside over the Commissioners Court until a new county judge is elected in the fall.