Van Boven vs. the Texas Medical Board … the Sequel

Despite exoneration, Medical Board fails to clear doctor’s name 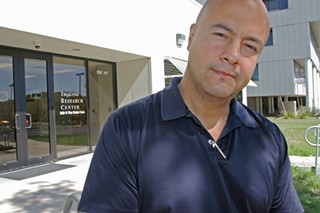 Dec. 8 should have provided a moment of celebration for Dr. Robert Van Boven. After nearly three years of "temporary restriction" from his medical practice (effectively ending it), the Texas Medical Board finally accepted a Sept. 15 ruling from State Office of Admin­istrative Hearings Judge Hunter Burkhalter that Van Boven had neither engaged in "boundary violations" with two patients nor unprofessional conduct with another. The TMB concurred with Burkhalter's Proposal for Decision in a 9-1-1 vote, but only reluctantly, as board members complained they disagreed with the ruling – the outcome of a weeklong May hearing – but felt obliged by their own standard practices to concur.

That should have ended the matter, but Van Boven soon learned that instead of retracting the agency's original filing with the National Practitioner Data Bank – the federal repository of licensure actions against doctors – the TMB only "revised" the report, noting the reinstatement of Van Boven's right to practice but leaving the record of the initial charges – including discredited claims of "sexual misconduct" and that he had represented an "immediate threat to health or safety."

The NPDB files are not open to the public, but Van Boven says any hospital or other institution where he might wish to practice would have access to the database, and would see this as an immediate red flag – ending any hope he has of resuming his profession.

According to information provided by NPDB staff, among the reasons for "voiding" a report (removing it entirely) is "the action was overturned on appeal" – exactly the nature of Burkhalter's ruling, and TMB's concurrence. TMB Executive Director and General Coun­sel Scott Freshour did not return calls requesting comment, but in a letter to Van Boven he defended the revised posting as "proper" and following "standard processes like every NPDB report made by TMB."

At Van Boven's request – supported by letters from both the Texas Medical Association and the Associa­tion of American Physicians and Surgeons – the matter has been submitted for Dispute Resolution by the NPDB (a division of the U.S. Dept. of Health and Human Services). The "Policy and Disputes Branch" is now considering whether the TMB's "Revision to Action" report is sufficient, or – as Van Boven contends – the original filing should be "voided" or removed entirely from the database. "The nearly two-year long 'temporary' restriction has unjustly inflicted irreparable harm to my reputation, my career, and my family," Van Boven wrote to the NPDB. "I urge the NPDB to now remove this vestige of vilification."

Van Boven has maintained that the TMB's actions were the result of unmerited complaints filed against him by the Lakeway Regional Medical Center (now the Baylor Scott & White Medical Center – Lakeway), in retaliation for Van Boven's whistleblowing complaints concerning dangerous or deadly hospital incidents and practices. Van Boven has lawsuits pending against the TMB and against Baylor Scott & White; a hearing is scheduled for Jan. 31 in Travis County District Court, for his anti-SLAPP (strategic lawsuit against public participation) suit against LRMC.