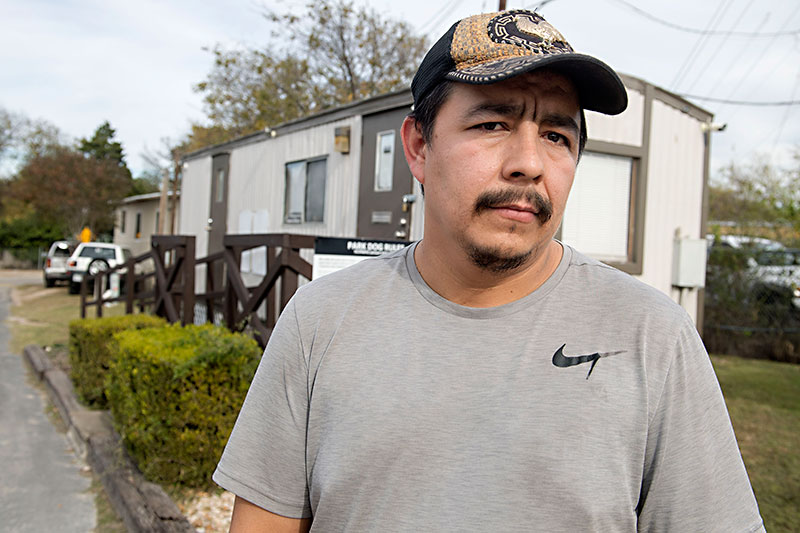 Not all affordable housing is created equal. Mobile homes, or "manufactured homes," as they're called now, meet many of the criteria the city has set to expand the housing supply for low-income communities, and yet they're disappearing from the area. The decline is not the direct result of any policy decision so much as the inevitable consequence of City Hall's hands-off approach toward regulating the future of this housing product. The city's Strategic Housing Blueprint anticipates 60,000 new affordable homes by 2027, mostly by preserving existing units and incentivizing the construction of new ones. The plan eyes preservation of 10,000 affordable units during that span, with significant growth for all housing types with one exception: The number of mobile homes will drop.

Mobile housing is affordable, family-friendly, and provides an opportunity for homeownership, which makes one think it'd be an ideal type for the Blueprint. But they've largely been overshadowed by the flashier housing products during discussions about CodeNEXT. The land use rewrite has seen talk of accessory dwelling units, co-ops, and income-restricted apartments, but very little on mobile home parks. Perhaps not intentionally, but as Greg Dutton says, "It's just not at the top of the list of what people are talking about."

“We want people to see it as a legitimate real estate sector, and not just a big old joke.” – Frank Rolfe

Dutton works as a development lead for the Planning and Zoning Department, and said that if CodeNEXT gets adopted, the properties zoned for mobile homes would stay the same. But he emphasized that the new code would not stop property owners from applying to rezone the properties, something that's happening more often because of the city's growth. At least two mobile home communities have recently been displaced through upzoning. Cactus Rose, which was on Ben White, closed last winter after long negotiations between the tenants and developer Oden Hughes, which is building a luxury apartment complex where the Cactus Rose once stood. And beginning in May of this year, residents at a park at 2110 Thrasher Lane were forced to move out shortly before developer TLH Riverside 6507MF-1, LP took control of the site. An application to change the zoning of that property for townhouses and condominiums goes before City Council today, Dec. 14. On Tuesday, the Planning Commission recommended that Council deny that application, with the intention of clarifying to developers that such a chronology should not be tolerated.

City Council has not altogether ignored the vulnerable position of mobile home tenants. The buzz around the Cactus Rose case prompted Pio Renteria to push a resolution through last April that brought mobile home parks under the umbrella of the Tenant Relocation Assistance ordinance – requiring developers to provide residents with ample notice before eviction, and to help pay for relocation assistance – which will carry forward under CodeNEXT if adopted. But real estate investors have outpaced the city in paying serious attention to these lucrative properties, often to the detriment of their residents. And there do exist developers who still see a profit in the mobile homes themselves. Frank Rolfe and Dave Rey­nolds own four parks in Austin, but they also tour the country giving weekend seminars they call "boot camps" on behalf of their company, Mobile Home University. Rolfe said the three-day seminar was created to change the way that investors and the public think about mobile homes. "We want people to see it as a legitimate real estate sector, and not just a big old joke," he said.

Rolfe and Reynolds' curriculum teaches students how to elevate an average mobile home park into something closer to a Holiday Inn Express. But Rolfe also admits that some cases do not fit neatly into their formulas. The North Lamar Mobile Home Park, which he and Reynolds own, sits inside the northwest corner of Lamar and Highway 183, and Rolfe said its unique location presents greater opportunities than a typical mobile park. They acquired the property in January of 2015 and months later modified existing leases before they had expired so that they could charge more on rent and utilities. The North Lamar community, with the assistance of their district's Council Member Greg Casar and Texas RioGrande Legal Aid, filed a lawsuit protesting the sudden hike, but eventually had to sign the new leases the following year. Jennifer Salazar, whose family has lived at North Lamar for several years, said residents have struggled to set up a meeting with Rolfe and Reynolds to discuss security issues that have recently developed in their area. "We've asked for a fence to be placed around the community so that not just anybody can come in, but at the moment it feels like we don't have a manager," she said.

Casar joined a protest of MHU's boot camp while it was in session at the Westin Downtown on Dec. 1, and said Rolfe and Reynolds' treatment of North Lamar was representative of the practices they'd been teaching. If ownership changes at an apartment complex and the rent prices go up, tenants are faced with a decision of paying more each month or moving. But it's far more difficult for a mobile home owner to pack up and move out when they also must sort out how to relocate what is often their biggest asset: their home. "There is more of an opportunity for exploitation if somebody wants to take advantage of that," said Casar.

A version of this article appeared in print on December 15, 2017 with the headline: Manufactured Housing Money