A Process for the Indigent

No more “locked up for being poor”? 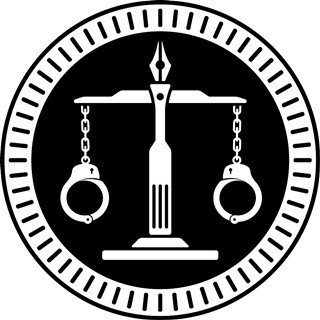 “A lot of judges don’t really think about what it’s like to be poor.” – Emily Gerrick

City Council last week took a step toward solving longstanding equity issues at the Austin Municipal Court when it approved an ordinance to give judges more guidance on how to hand out alternative sentences to indigent defendants who are unable or struggling to pay their traffic fines. As the measure passed, its sponsor Delia Garza thanked her aides, city staff, and outside advocacy groups for their efforts. "This is a nationwide problem of basically jailing people for being poor," she said.

Mary Schmid Mergler of the Criminal Justice Project at Texas Appleseed hopes the new language helps shift Austin's sluggish statistics when it comes to the percentage of cases it resolves through community service. Right now, fewer than 2% of cases are resolved through some form of service; fewer than 1% of those cases involve a waiver or decrease in the owed amount. An unexpected jail sentence, especially for those on a financial blade's edge, can have devastating consequences. "Ultimately, we want to ensure that individuals are not punished more harshly in Austin's court simply on account of their income level," Mergler said. "And I think this ordinance will take an important step toward doing that."

Emily Gerrick, a staff attorney for the Texas Fair Defense Project, said that in recent years both the number of people jailed for traffic fines and the number of days those individuals are jailed has generally decreased, part of which she credits to heightened visibility of the cause. But indigent jailing still happens much too often, she said. In fact, on the day that Council approved the measure, one of the group's clients was let out of jail in such a case. The man's plight is illustrative of a cultural problem within the municipal court system: When he was asked by the judge if he was working, the man admitted that he was. But the judge didn't ask any follow-up questions – about his hourly rate, or how many hours he was working each week – and ordered that he pay a hefty fine rather than commit to community service.

What the judge didn't take into account was that the man wasn't making nearly enough money to pay his fines. Gerrick said she often sees judges refuse to listen to people before them. Texas Judicial Canons specify that judges should be courteous, but that isn't always what happens. And that can affect indigent defendants, many of whom have no access to legal representation. "Judges, not only will they not ask the questions that they really need to be asking to properly determine somebody's position, they'll actually silence people who try to talk," charged Gerrick. "So it's not as much a hearing as much as a judge telling them, 'You're going to be jailed.'"

The City Manager's Office has been working on guidelines to help judges determine when a person is indigent, or when community service would prove an undue hardship, as directed by Council last August. That could include cases like those of single mothers with children below school age, said Gerrick, who are often unable to realistically complete thousands of hours of community service. And jailing those mothers creates a nightmare for them in which they may not know – sometimes for days – if the temporary child care arrangements they've made can last until they've accrued enough credit to pay off their fines. Gerrick has also seen clients experiencing homelessness who have barriers to accessing the community service system. "A lot of the judges don't really think about what it's like to be poor, so asking a question like 'Are you working?' is enough for them," she said.

Natarajan said Council's new Judicial Committee to oversee the municipal court will prove a valuable tool for making sure judges are actually making use of these guidelines. "This is the first step, and then the Council, to its credit, is already thinking about a procedural mechanism to continue its monitoring and oversight of the municipal court." Mergler agreed, noting that advocates will continue their work with the ultimate goal of ending jail time for traffic fines altogether. "Ideally, we want to get to a place where no one is jailed for offenses that are really intended to not be punished by jail time," she said.