12th and Chicon Mural to Be Repainted 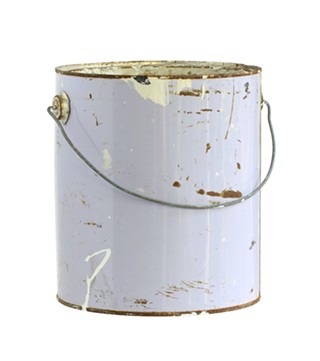 An Eastside mural was painted over Friday, May 12, kicking up another round of gentrification debates. The mural, painted by now-local artist Chris Rogers in 2014, adorned the Chicon side of the shuttered Romani Art Gallery and depicted multiple black musicians including Michael Jackson, Tupac, and Prince. Earlier this year, landmark Cesar Chavez art gallery and clothing store Las Cruxes announced it was closing its original location and reopening in the Romani space. Veronica Ortuño, who owns Las Cruxes, chose to repaint the mural. Shortly after painters arrived Friday, however, Defend Our Hoodz, a community group organizing against East Austin gentrification, wrote on Facebook: "The full transformation of 12th and Chicon from what was formerly the heart of Austin's Black Community to another gentrified, hipster corner is nearly complete. Gentri­fiers have literally been whitewashing murals this past week," a reference to the Mama Sana mural of a black pregnant woman that was painted over earlier last week less than a block away. Ortuño – who's lived in Aus­tin for 14 years – announced in a Facebook post on Saturday that another mural will be painted. "We are taking into consideration and listening to all concerned parties," Ortuño wrote. "As persons of color ourselves, we do not take this issue lightly."

*This story has been amended since original publication to reflect that East 12th Street Merchant's Association was not involved in any way with Ortuño’s decision to paint or repaint the mural. As Ortuño explains in an open letter, East 12th Street Merchant's Association in fact advised Ortuño to consult with the community regarding the mural before moving forward with any art projects. The full text of Ortuño’s letter is reprinted below.

This is my open letter to the East 12th & Chicon community:

Unfortunately, I was unable to attend Monday night’s Meeting of the Mindz and Six Square community discussion, which included 12th Street mural artist Chris Rogers, over gentrification within the neighborhood. Please trust that I watched the recording and I have heard and acknowledge your concerns, your anger, and your hurt.

First and foremost, I want to take accountability for my decision to paint over the mural on the NE corner of 12th & Chicon. For the record, while we approached the East 12th Street Merchants Association to say we planned to repair and paint the wall, we were advised to consult the community for the process. I personally gave the green light to paint the wall. Though my intentions for the future of a mural were in the right place, my lack of outreach and communication about my plans was a misstep, and for that I am very sorry.

I understand and see how my actions can be interpreted as Black Erasure and Anti-Black, but I hope you give me the opportunity to show that that is absolutely not what I, or Las Cruxes stands for. My vision for the mural was to depict a diverse and inclusive community, which included and honored Chicon’s historic Black community and my fellow Latinos.

I have always strived to make Las Cruxes a platform that is inviting and inclusive of all backgrounds. For the last four years, we built our foundation at our previous location on East Cesar Chavez Street, where we worked collectively with other small businesses to provide a safe and open space for our community. Not only is Las Cruxes a retail and gallery space; we offer and organize events that are open to the public. We hope to continue our programs as we transition into our 12th & Chicon location.

Even though this issue has been stressful and hurtful for all parties, I find comfort that it can at least offer space to open up dialogue.

I would like to extend my deepest gratitude to those who continue to support and defend us, and to members of the 12th & Chicon community who have been willing to speak with us directly. Thank you for your time.

A version of this article appeared in print on May 19, 2017 with the headline: The Heart of the Mural