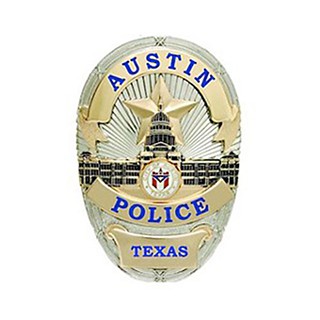 Eric Copeland is in trouble again. The seven-year veteran Austin Police Department officer learned Aug. 2 that he's once again going to court to defend his actions during a detainment. This time, the lawsuit filed against him comes from 18-year-old Adrian Aguado, who during an April 25, 2015, arrest was Tased, slammed onto the ground, and transported to the hospital with a broken nose and other upper body injuries.

Copeland has already been disciplined internally for the incident. Last October, Police Chief Art Acevedo suspended him for 90 days, tacked on a yearlong probationary period, and made clear that Copeland violated department policies pertaining to response to resistance and acting with an impartial attitude – and also fabricated facts on a supplement report to Aguado's arrest. Aguado was originally detained by Ofc. Mark Bergeson; Copeland was providing backup to a family disturbance. Aguado was charged with a class B misdemeanor for family violence, but, Aguado's attorney Bobby Taylor wrote, charges were "dismissed/not filed." (Taylor did not return a request for clarification.)

The lawsuit alleges that Copeland showed a prejudiced opinion of Aguado well before the two came into contact with one another – calling him a "dick" from a "totally dysfunctional family" and a "prime character for getting killed by the police" – while he scrolled through APD's file on the teenager. All of this happened in the presence of an ACC student who was on a civilian ride-along. Copeland then approached Aguado, asking him if he took medication for "mental retardation," and Tased him without warning.

Copeland Tased Aguado a second time, in the officer's words, "to get some sort of response from Mr. Aguado that he was not going to resist," according to the suit. He then threw his body weight onto a sprawled-out Aguado, breaking the teenager's nose. Aguado has also named the city and Acevedo in the lawsuit, charging that they "did not properly screen, evaluate, investigate, or take any reasonable steps to determine whether ... Copeland was unfit, incompetent, or a danger to third parties."

The suit mentions two other cases that have previously brought Copeland before a federal judge. In 2014, the family of Ahmede Bradley sued Copeland, who shot and killed Bradley during an April 2012 traffic stop. And in March of last year, Copeland was granted immunity in an excessive force lawsuit filed by Carlos Chacon. Copeland admitted to punching Chacon twice in the face during what was ultimately found to be a wrongful arrest, but it was Russell Rose, Copeland's colleague, who was found liable and forced, along with the city, to pay Chacon $60,000.