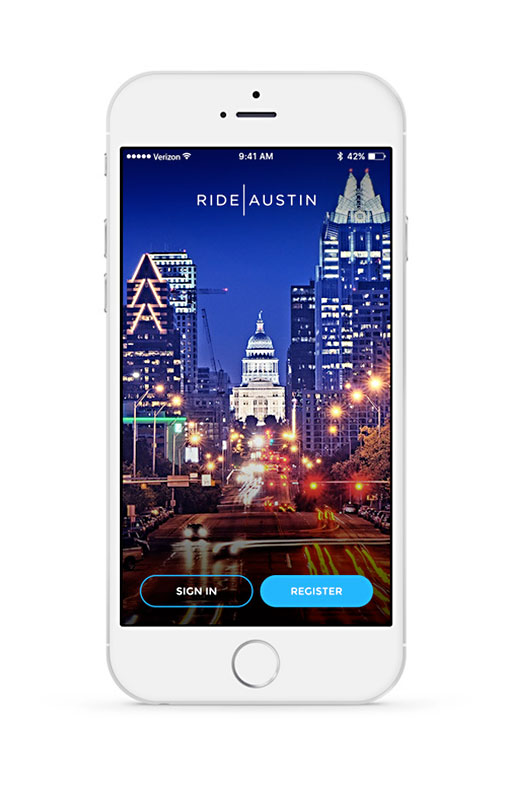 There's much to be said about the intoxicating combination of optimism, enthusiasm, and resolve. Nearly six months deep into Mayor Steve Adler's "Year of Mobility," transportation options and policy changes are at the forefront of debate in Austin, and RideAustin, a new nonprofit ride-hailing app, hopes to counteract the teetotalling effect of Uber and Lyft's sudden departure from the city.

The company, which is headed by Trilogy founder Joe Liemandt and Crossover founder Andy Tryba, launched its app for iPhone Mon., May 23 (see "RideAustin Enters the Ride-hailing Market," May 23). Drivers with iPhones can begin signing up now; the company plans to begin offering service in June, as well as a version of the app for Android.

RideAustin will offer two features distinct from Uber, Lyft, and most other ride-hailing companies. Fare-rounding for charity allows for riders to round their fares up to the nearest dollar, to be allocated to as-yet-determined charities. (RideAustin is also taking donations, and supplying pre-purchase travel credits for Austin-based businesses.)

The second feature, "optional surge pricing," as RideAustin Community Engagement Director Joe Deshotel calls it, allows riders opting in to the surge pricing first rides at a premium. This feature will likely need to be handled with care and balance, especially in light of the nonprofit's nonspecific desire – per Deshotel – to also benefit the underserved and disabled.

If scaled out as planned from the initial Downtown and airport service areas, Austin riders will perhaps enjoy a return to the prompt service and feasible pricing provided by Uber and Lyft.

Joshua Baer, founder/executive director of Capital Factory and a vocal supporter of Prop 1, recently penned an essay (signed by dozens of Austin tech leaders), "RideAustin Turns TNC Lemons Into Lemonade," explaining their support for RideAustin. Addressing those questioning the nonprofit tag, Baer wrote "a non-profit TNC has some unique advantages. It's easier to fund because contributions are tax deductible and investors aren't focused on a financial return so the risks are different."

This is indeed true for those involved in the direct business of RideAustin. This, however, does not include the drivers, who are not considered by the company to be employees but instead independent contractors. RideAustin does claim that their drivers could be paid more than Uber and Lyft drivers because their model takes a smaller upfront commission. But the status quo will largely remain for those able to pass the as-yet-unspecified background check and fingerprinting.

In truth, the entire business of Prop 1 is rooted in civic failure. Uber and Lyft's success bathed in various degrees of modern-day misfortune, including broadband gentrification and class conflict. Its attempted conquest of Austin was sign and signal of various infrastructural shortfalls within the city. Anti-Prop 1 voters were vocal about an alien takeover, but failed to question why the aliens had arrived in the first place.

Transportation network companies benefit from the inaction and missteps of cities like Austin, which is clearly struggling in the areas of transportation (taxi regulation and Capital Metro), general infrastructure management, and economic stratification – specifically job market diversification. Caught in the middle is the driver – who represents anyone in the precariat, those living in an existence of unpredictable security. The rising cost of living in Austin, as well as an increasingly narrow job market, virtually ensures a healthy market for TNC drivers.

TNC driver diversity runs the gamut: part-timers looking to augment income to a range of full-timers, including those with criminal records or disabilities, who have limited job prospects in other sectors. Generally speaking, most aren't driving strictly for their enjoyment, and likely would not be driving if job market diversity and depth were present or trending upward.

Speaking on the city's workforce planning, the mayor's office provided the following: "Right now, the city and county are working on a master plan for workforce that will focus on tech and healthcare – the latter because of the anticipated growth in this industry that is being spurred by the UT Medical School. Broadly speaking, Austin's challenge isn't creating good-paying jobs. Our challenge is making sure people here are ready to take those jobs, and that has not been getting done. That's why the workforce development plan is so important."

While the city aims toward good intention – short of including educational programming for these positions – it leaves out the uneducated, including those who may even have degrees, but in a multitude of other disciplines. Broad cross-sections will inevitably be left behind, and some will end up finding directions in RideAustin's app.

While RideAustin's mission and goal is to become a "community asset," what it will actually attempt to achieve is market replacement of Uber – to fill the elephant's cavernous print. In fact, for the other well-meaning ambitions to be possible, fit must be reached posthaste. Austin cannot afford to be "the place Uber and Lyft left behind," which speaks to both its ascendance in the public eye, as well as the colossal economic heft of the two companies. Working without a suitable replacement, especially come festival season, is a nonstarter – for financial and optics reasons.

Ideally, RideAustin's data drive will lead to reduction in rider/driver discrimination, more jobs for those underserved communities, and keeping drunk drivers away from steering wheels. Those involved are potentially fixing the "Uber problem," and it is their prerogative to invest resources to whatever ends. However, it is a solution to a problem that could be eliminated with similar focus on overarching issues that make Uber's existence possible – and RideAustin's appearance as cause for some warped necessity of hope.