To determine the total number and the characteristics of Austin's homeless population, the Ending Community Homeless­ness Coalition (ECHO) is recruiting volunteers for the annual Point in Time (PIT) Count on Saturday, Jan. 23. During the count, volunteers will spread out around Travis County to observe and survey people experiencing homelessness.

The Department of Housing and Urban Development (HUD) requires PIT counts nationwide during the last 10 days of Janu­ary. Data from the count are then provided to Con­gress as part of the Annual Homeless Assessment Report. Congress, HUD, other federal departments, and the general public can use the report to understand the nature and extent of homelessness. Results from the count also help determine funding for community initiatives that serve the homeless. Austin currently receives $5.6 million from HUD, distributed among 11 nonprofits in the area, according to Ann Howard, executive director of ECHO. "All of that money is up for renewal," she says, "plus the new money we applied for. Right now, the application is worth $6.2 million. To keep getting that renewal funding, we have to meet federal guidelines and requirements. One is that we count the homeless."

The count includes both sheltered – those who reside in shelters around the city – and unsheltered people – those without a safe and regular place to sleep every night. On the morning of the count, groups of volunteers will search Travis County – downtown, suburban, and rural areas – to find the unsheltered. Armed with surveys, volunteers will have conversations with those who appear homeless, to understand who is on the street, where they are, and what they need. Participants get incentives such as socks, water bottles, and bus passes for their time.

The surveys not only give a detailed account of specific needs, they also provide information about subgroups, including veterans and unaccompanied youth. Another objective from the count is to compare this year's results with previous count information to assess and improve community performance. While some claim that homelessness is on the rise in Austin, results from previous PIT counts have shown otherwise, according to Howard. Last year's count indicated that 1,877 people experienced homelessness in Travis County, down from 2,641 in 2009.

In Austin, PIT counts began as a small effort in 2008 with 30 volunteers, Howard estimates. The initiative steadily grew and by 2012, ECHO increased the count to 200 volunteers to cover more ground. This year, ECHO is aiming for 600 volunteers but needs an additional 200 to meet that goal. "Part of the reason for the increase is to ensure that on a cold morning we have enough volunteers. The more volunteers we have, the more thorough job we do. Those volunteers are trained and assigned areas to cover, they're on teams. It's very methodically done," she said. "This is a very interesting Austin experience and it makes people very grateful for what they have. I encourage people who care about our community to get involved and help do this."

Homelessness by the Numbers 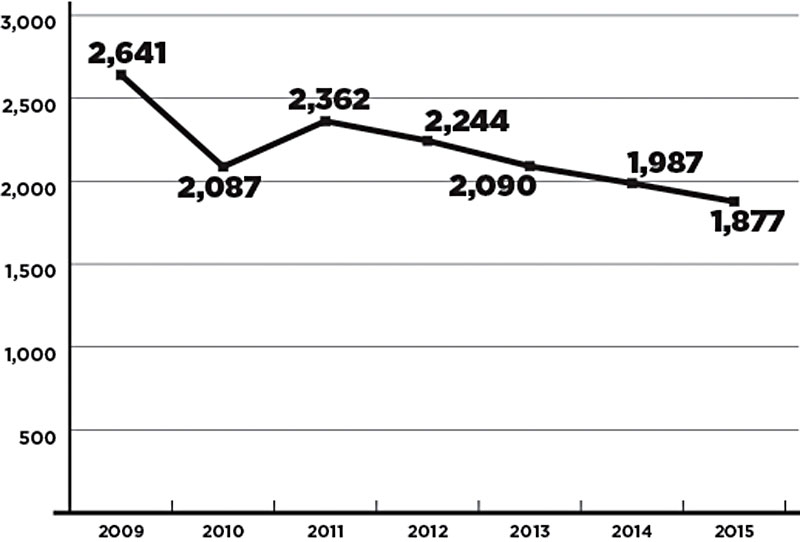 According to ECHO's count, homelessness in Austin has steadily declined during the past four years.

ECHO is hosting training sessions across the city for interested volunteers. To sign up as an individual or team, visit www.austinecho.org/2016-point-in-time-count-registration. 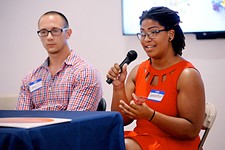