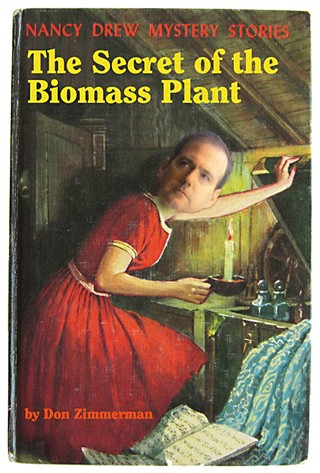 At no less than 110 items, the no-longer-new City Council faces today (June 18) what appears to be its most daunting agenda thus far, and with a cornucopia of contracts to shred, should the handful of members so inclined decide to keep staff waiting around for hours to answer interrogatories. The Purchasing Office alone features nearly three dozen contracts (Items 33 to 64), at least a few with the six-or-seven-figure price tags that generally trigger sensitive CM antennae. That doesn't even include $4.6 million in final construction funding for Water Treatment Plant No. 4 (Items 5, 24, 101), nor the $6.3 million funding (Items 19, 73, 74, 104) to revise the incorrectly designed Waller Creek Tunnel Inlet Facil­ity (obscuring a "Capitol view corridor" actually viewable by virtually no one; see "More Poor Planning," May 23, 2014). Over that architectural folly, Council is still disputing blame with the contractor, but doesn't want to hold up construction while waiting for the argument to be resolved – which seems reasonable, in light of the Memorial Day floods that luckily spared that side of Downtown.

It's also worth noting that at least a couple of the pending contracts are in fact revenue generating: Item 6, a 30-year lease to Highstar Capital IV, would allow it to manage an "ultra-low cost terminal" and the surrounding 30 acres at Bergstrom Airport that had previously been used by a Mexican airline, now intended to host Frontier and Allegiant; and Item 35, a 60-plus-60-month contract worth $610,000 to Austin Water for the gathering and sale of hay and pecans. Who knew?

Specifically which contracts will be targeted by the usual suspects is guesswork – District 1 Council Member Ora Houston, for example, told the Austin Monitor this week that she intends to vote against all "sole-source" contracts, because she doesn't believe the city puts sufficient effort into finding minority- and women-owned contractors, and because her vote generally isn't needed for approval. If they all decide to use that standard, things could get complicated.

This is all before we get to the nitty-gritty items likely to suck the air out of the room, potentially for hours. A few highlights:

• Firefighter hiring: Item 64 is the next contentious step in the long-contentious attempt to devise a nondiscriminatory, effective testing regimen for Austin Fire Department cadet hiring – keep your fingers crossed;

• Drain cleaning: Item 97 is presumably the third and final reading of revisions to Austin Water's "drainage charge," rejected by the courts and now revised to acknowledge more and less impervious cover (the purpose of the charge); in theory, it's supposed to benefit renters (with less) at the expense of homeowners (with more).

Those are only selected highlights, so expect surprises up and down the line.

The meeting needs to end before dawn, as D6 CM Don Zimmerman announced last week his intention to "investigate" the city's $2.3 billion East Texas biomass contract, and that apparently requires an on-site investigation in Nacogdoches, reportedly to take place Friday. Zimmerman calls the plant a "boondoggle," and Austin Energy is no longer terribly enthusiastic about it either, as natural gas prices fell sharply right after the 2008 acquisition (under former AE director Roger Duncan), and the now expensive energy is almost never used – at an annual cost to ratepayers of $50 million. At the time, it seemed like a way to diversify into a more renewable energy portfolio; now it seems more like a green elephant. Zimmerman, who disdains the city's entire renewable energy program, declared: "This boondoggle was sold to Austin ratepayers under dubious benefits such as reducing carbon emissions. The cost, which was and still is exorbitant and unaffordable, was never underscored."

What he hopes to learn by looking at the plant directly that he couldn't find out from AE files, is unclear. But it's a good excuse to visit the Piney Woods and hear a day's worth of East Texas drawl. Good luck to him.

A version of this article appeared in print on June 19, 2015 with the headline: Council: In the Pines, in the Pines