After a bruising debate, urban farmers and neighborhood activists pick up the pieces

While both sides declared victory following the City Council's Nov. 21 vote on revisions to the urban farm code, tensions are still high among community stakeholders. More than 450 citizens crowded into Council chambers for the highly anticipated vote, which was preceded by an often heated, at times theatrical, debate over the merits of the recommended code and the fairness of the process of amending it.

The ordinance passed by Council, which goes into effect in March 2014, maintains the existence of urban farms in every zoning district – including single family – adds a new farm designation of market gardens, and allows up to two dwellings per urban farm. In addition, the number of employees allowed at each farm increases from one to two per acre, and urban farms will be required to go through a permitting process before hosting events.

The most contentious area of debate centered on the processing of animals for commercial use in single-family zoning – which was allowed in the previous code. This provision did not make it past Council, losing on a 6-1 vote with Mike Martinez dissenting. That new prohibition carries adverse economic consequences for HausBar Farms in East Austin. "The truly upsetting thing about the prohibition of slaughter, except on commercial property in the city, is that it is a move backwards, away from sustainability," HausBar's Dorsey Barger wrote in an email to the Chronicle. She noted that animal processing on urban farms has been allowed for more than a decade, and was approved, with other revisions, by the Planning Commission at a time when Susana Almanza – who led the most recent fight to end "slaughterhouses" in single-family neighborhoods – served on the commission. "I truly hate to see Austin moving backwards when it claims to want to set the bar for sustainability for the whole country. I totally understand why the council voted as it did," she wrote, "because the Statesman made the issue into one of subjecting the poor residents of East Austin to the 'horrors' of animal processing, which they claimed would never be allowed in any other neighborhood (even though it was in fact allowed in any neighborhood in Austin and had been for around 13 years)."

Community activists and urban farmers and their advocates were each given 39 minutes to speak for or against the proposed amendments. Testimony was impassioned with both sides bringing out their heavy hitters. Advocates of the updated code included Paula Foore of Springdale Farm, the Natural Gardener's John Drom­goole, Judith McGeary of Farm and Ranch Freedom Alliance, HausBar Farms neighbor Laura Smith, who provided a video compilation of interviews with neighbors of the farm, and Julian Limon Fernandez, who punctuated his testimony with serenading conjunto band Los Texas Wranglers.

However, testimony did not focus solely on the specifics of the updated code in question. While urban farm advocates argued the benefits of sustainable agriculture and their positive community impact, opponents argued that the process in drafting the code was exclusionary and heavily slanted toward the interests of the farms. According to Cortez, "The fact that persons of color proclaimed that they felt uncomfortable or unsafe speaking about race, privilege, or gentrification in a white-dominated space, the UFO [urban farm ordinance] public meetings, should serve as a loud horn with glaring and flashing red lights that something was wrong." But he expressed hope that the end result might ultimately lead to a stronger community. "With both sides claiming victory in the decisions voted on by Council, we can pivot back to creating dialogue about race, gentrification, climate change, and food justice, and identify other points of unity. Because the fact of the matter is, neither side, despite the respective power each holds, won everything they wanted. Each constituency has so much power to affect positive, transformative change in Austin, and my friends and I are committed to making sure that dismantling systemic racism is at the heart of those conversations."

Katherine Avalos Nicely of the Sustainable Food Policy Board also sounded an optimistic note. "Austin residents demonstrated a great deal of passion for land-use decisions and local food production. Having a clear definition of sustainable urban farming in our code allows us to move on as a community to work together on the complex issues that affect food resources. ... My hope is that in the future we can all look beyond what divides people of different backgrounds and color, [and] find what brings them all together as a community." 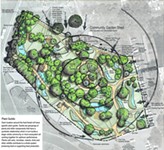