The Lower Colorado River Authority earned a victory last week in the lingering legal dispute with several of its wholesale power customers. On Jan. 24, Travis County District Judge Scott Jenkins ruled that LCRA "has not materially breached the Uniform Rate Clause of its Wholesale Power Agreements with Defendants and ... Defendants' attempted termination of their WPAs based on a breach of the Uniform Rate Clause was improper." The ruling is a defeat for the city of Seguin, Central Texas Electric Cooperative, San Bernard Electric Cooperative, and Fayette Electric Cooperative, all of which had unilaterally terminated their contracts with LCRA over "unfair pricing." LCRA General Manager Becky Motal released a statement: "We have said all along that LCRA did not breach its contracts with those customers because they are all charged the same rate. ... This was a rash, expensive and unnecessary move for those electric retail providers whose customers must now pay the bills."

LCRA spokeswoman Clara Tuma said the agency will still need to resolve issues with the four utilities concerning "the breach of contract due to the wrongful termination and possible damages." Local courts in Kendall and Kerr Counties will hear similar cases involving the Boerne Electric Utility and the Kerrville Public Utility Board; the city of Georgetown is appealing a ruling that dismissed its jurisdictional request. For more, see "LCRA and Utilities Fight Over Contracts," Sept. 14, 2012. 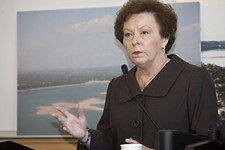 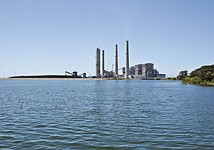