The Uneasy Death of Riad Hamad

Investigation continues in the mysterious death of an Austin peace activist 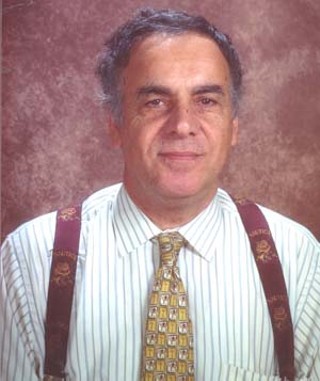 According to Austin Police Department Sgt. Joe Chacon, the death of Austin schoolteacher and peace activist Riad Hamad remains under investigation. Chacon says homicide investigators are "open to all possibilities" but that the initial investigation reflects that Hamad appears to have committed suicide. Hamad had been reported missing by his family on Monday night, April 14, and (partly by means of a cell-phone GPS search authorized by his wife) his car was found Tuesday afternoon in a parking lot off South Lakeshore Boulevard, on the south side of Lady Bird Lake. A land and water search turned up nothing more, but a little after 2pm on Wednesday, passersby on the hike-and-bike trail on the opposite (north) side of the lake, just east of the I-35 bridge, spotted a body floating near the shore. Hamad's eyes were covered in duct tape, his legs and his hands also bound – fueling Internet-amplified rumors that he had been murdered. According to a report that day by KXAN-TV news, "Park-goers who saw the body said the death did not look accidental. They said the man's face was wrapped with duct tape, and his arms appeared to be tied in front of his body."

On Thursday, April 17, APD released a statement saying, "The bindings of his hands and legs and placement of the tape were consistent with Hamad having done this to himself." Chacon told the Chronicle that additional evidence – including a security videotape of the parking area where Hamad's car was found and statements from persons who knew him that "he had been experiencing suicidal thoughts" – also support a finding of suicide but that police are waiting for completion of the entire investigation, including the full autopsy and toxicology report, which will take several weeks. "For all intents and purposes, as far as we know right now," Chacon said this week, "this was a suicide."

An autopsy was performed by Travis County Chief Medical Examiner David Dolinak, generating yet another controversy over official autopsy procedures. On April 17, when Hamad's body was transported by a funeral home from the medical examiner's office to the Islamic Center of Greater Austin on Manor Road, said Imam Ibrahim Dremali, it was in a "barbaric" condition, one that he had never seen in 20 years of preparing bodies for burial. Dremali said the body was seeping blood from one incision and was inadequately sutured, and in spots the flesh was torn as though "an animal might have attacked him." He said two experienced colleagues working with him "panicked" at the sight of the corpse and left the room, and he had to use towels and tape to clean Hamad's body and to pad the brain cavity and the torso, in order to make it presentable for burial. Later, he demanded and received a meeting with Dolinak and APD Chief Art Ace­vedo. Afterward, Dremali and Dolinak each told the Chronicle that they believe the meeting was useful and should lead to better medical examiner practices, but Dremali said he "cannot accept" the apology offered by Dolinak for any misunderstanding or mistakes. "I believe they were sending us a message," he said, "and that's what I told the people here [at the mosque], that they believe they do not have to respect the bodies of Muslims."

Asked about Dremali's charges, Dolinak said that although there may have been some misunderstanding over his office's expectation that the funeral home would be doing the final, cosmetic preparations of the body, he insisted, "We did absolutely nothing on our part to show any intentional disrespect." He said they followed standard autopsy procedures and that he simply can't say what Dremali may have experienced in similar situations before. "In most cases, all the final preparations [of the body] occur at a funeral home," he said, "but as in any religion, there is a whole spectrum of practices, depending on the family's wishes. We'll certainly try to work with [local Muslim clerics] better on the next case." Dolinak also could not confirm what Dremali described as apparent facial bruising on the body.

Hamad, who was originally from Lebanon but had lived in Austin for more than 30 years, taught business education and keyboarding at Small Middle School, was a graduate student at UT (already with several degrees), and was very active in Austin-based charity work aimed at easing living conditions in the occupied territories of Palestine – most specifically via the Palestine Children's Welfare Fund, through which he sold Palestinian crafts to raise funds for destitute Palestinian families. He was also very outspoken about international politics, objecting strongly to Israeli and U.S. policy in the Middle East. Partly as a consequence, he had been investigated by federal authorities, who asked questions of some of his neighbors, and in February, the FBI and Internal Revenue Service raided his South Austin home and seized 40 boxes of materials related to his charity work, reportedly pursuant to an investigation of alleged "wire fraud, bank fraud, and money laundering." Although no charges had been brought, the raid greatly disrupted Hamad's charity work.

Because of this background and the circumstances of his death, there was immediate but unsubstantiated Internet speculation that Hamad had been assassinated, perhaps by U.S. or Israeli authorities. Imam Dremali also rejected outright the tentative APD finding of suicide. "I don't believe it," he told me. "Islam expressly forbids it, and this man had two wonderful children and everything to live for." Beyond this general suspicion, Dremali declined to speculate who might have murdered Hamad. (In an April 22 radio interview with Austin conspiracy-monger Alex Jones, Dremali declined to join in Jones' ghoulish fantasies of Hamad's possible torture, beating, gunshot or stab wounds, and instead confined himself only to describing the visible condition of Hamad's body.)

No federal indictment had been issued against Hamad, but according to Sgt. Greg Moss, APD missing persons investigator, Hamad's wife mentioned the FBI investigation as having placed great emotional stress on him and as a reason for being particularly concerned when he went missing – that he might be tempted "to do harm to himself." Apparently, the last phone call Hamad made, from his cell phone on the night of April 14, was to his Palestine Children's Welfare Fund colleague Paul Larudee in California. According to Larudee, Hamad somewhat oddly revisited matters he'd already addressed by e-mail. He also seemed anxious to get off the phone, said Larudee, but that was typical for Hamad. In a letter posted online, Larudee said he told Hamad of a recent large donation (after the FBI raid, Larudee had taken on a larger role in administering the charity, and Hamad had carefully handed over all administrative details in the last few weeks). Hamad responded only, "Well, that's nice. Gotta go."

Larudee subsequently told a Houston Indymedia radio interviewer that whatever the police investigation eventually concludes, "I don't believe it will put an end to the speculation." Larudee believes Hamad "deliberately decided to throw suspicion on his perceived enemies." He added that whatever actually happened to Hamad, "He refused to allow the government to take away control of his life. ... I don't agree with his decision, because he could have done a lot more. But I still think he was a hero." 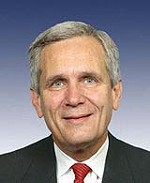