The Unexplained Death of Jennifer Cave

Laura Hall's trial ends with conviction – but no insight 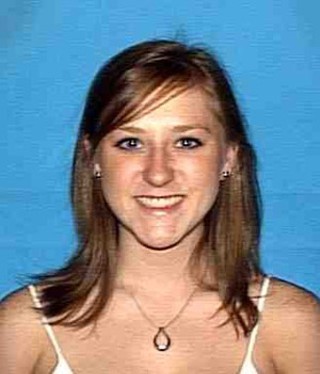 In the end, there were few answers.

It's been two years since 21-year-old Jennifer Cave was brutally murdered and dismembered inside the West Campus apartment of her friend Colton Pitonyak. In January, Pitonyak was convicted of intentional murder and sentenced to 55 years in prison; last week, Pitonyak's companion, Laura Hall, was convicted of hindering Pitonyak's apprehension and of tampering with evidence – the latter charge a result of the mutilation of Cave's body. On Tuesday, the same jury sentenced Hall to five years in prison and a year in jail, with the sentences to run concurrently.

The case packed the courtroom and drew breathless media coverage – although this time, unlike Pitonyak's Court TV melodrama, Judge Wilford Flowers excluded the TV cameras. Still, last week's verdict left open the most crucial questions: What exactly happened to Cave in the wee hours of Aug. 17, 2005? Much more importantly: Why did it happen?

The list of confirmed facts is brief. On Aug. 16, 2005, Cave was excited about her new job at an Austin law firm, and that night, she went with Pitonyak to Sixth Street to celebrate. The next afternoon, Jennifer's mother, Sharon Cave, got a phone call in Corpus Christi from Jennifer's new employer, who told her Jennifer had never arrived at work that morning. Sharon made a series of calls, including one to Pitonyak, who lied to her that he last saw Jennifer around midnight. The next day, Aug. 18, Sharon and her fiancé, Jim Sedwick, drove to Austin, hoping to find Jennifer. They twice visited Pitonyak's apartment on Rio Grande Street but got no response – Pitonyak and Hall had fled the previous day.

On the second visit, Sharon Cave slipped a window lock, and Sedwick climbed inside. He found Jennifer in the bathtub. She had been shot dead and then stabbed numerous times; her hands and head had been severed and wrapped in a garbage bag left beside the tub. Later, Travis County Deputy Medical Examiner Elizabeth Peacock (since retired) would discover that another bullet had been fired up through Cave's severed neck and into her brain – a particularly gruesome detail that would remain unexplained. 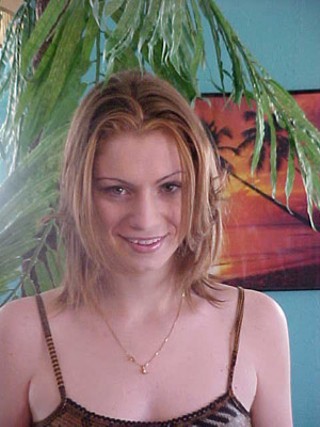 Pitonyak had fled with Hall to Mexico, where the couple spent five days before they were picked up by U.S. marshals and returned to Austin.

Pitonyak's cell phone records reflect that he first contacted Hall via a text message just after 3:30am on Aug. 17 and again in a 13-minute phone call at 6am. That afternoon, he went to a hardware store and purchased a hacksaw, garbage bags, cleaning products, and rubber gloves; around the same time, Hall drove her green Cadillac to a gas station, where she filled the tank and washed the car.

The evidence provides some information about when and in what order the fateful events unfolded but yields no insight as to why. Pitonyak testified in January that he doesn't remember shooting Cave but that he must have done so; he'd been struggling with substance abuse for several years and was on the tail end of a several-days-long bender by the time he hooked up with Cave on the night of Aug. 16. At some point after midnight, early on Aug. 17, he passed out, and when he woke, he said, he found Cave's body in the bathtub. Panicked, he called Hall. It was Hall who came up with the plan to dismember Cave's body, Pitonyak said, and it was Hall who made a list of items they'd need to complete the job. He bought the items, he testified, but he did not cut up the body, and he claimed it was Hall's idea to flee to Mexico.

Hall did not testify during her trial, but her attorney, Joe James Sawyer, painted a completely different picture for the jury. Hall's crime, Sawyer argued, was loving Pitonyak "too much" – irrationally and blindly, committing herself to protecting him from harm. Hall was nowhere near Pitonyak's apartment during the hours that Cave was apparently killed, and there is no certain evidence that Hall participated in the dismemberment of Cave's body. Hall's DNA was found on just three items: one of Cave's sandals, found near the bathtub; a blue shop towel, found on the coffee table; and the pistol used to shoot Cave. DNA recovered on a buck knife, a machete, and the hacksaw left resting on top of Cave's body matched only Pitonyak and Cave. It was Pitonyak – a "sociopath" and a "beast" who destroyed everyone around him, Sawyer argued – who mutilated Cave's body. 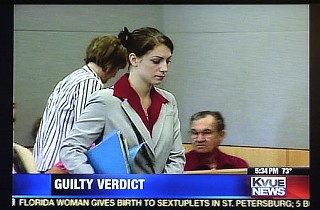 Laura Hall was sentenced Tuesday for her role in the 2005 murder of Jennifer Cave. Hall will serve five years in state prison for tampering with evidence and one year concurrently in jail for hindering the apprehension of convicted killer Colton Pitonyak.

For the prosecutors, Travis Co. assistant district attorneys Bill Bishop and Stephanie McFarland, it was not a straightforward case. There was a heinous murder and two readily identifiable suspects, but the physical evidence was confounding, and there was never a clear motive. In Hall's trial, prosecutors were left to develop a portrait of intent mainly through conversations the 24-year-old Hall allegedly had with others in the months following the murder. Prosecutors offered testimony from her former cell mate in the Travis Co. Jail, Henri­etta Langenbach, held on a fraud charge. Langenbach told the jury that during the three weeks the two shared a cell, Hall made several incriminating statements about her involvement – including that she was in charge of the mutilation, devised (although aborted) in order to keep the police from identifying Cave's body. Langenbach said Hall told her that she didn't understand "what the big fuss was about. She said, 'After all, [Cave] was nothing. She was nobody.'" (It was difficult to judge Langenbach's credibility; the more sensational aspects of her testimony – e.g., that Hall spoke of "telling her grandchildren" about dismembering a body – seemed either far-fetched or shockingly cold and calculating. But that portrait of Hall, without her own testimony, was never fully fleshed out.)

Pitonyak's neighbor, Nora Sullivan, testified that in the spring of 2006, Hall told her that after Pitonyak shot Cave, he sat in his living room drinking beer and watching TV instead of using the tools he'd bought at the hardware store. Sullivan said Hall seemed frustrated by Pitonyak's inanition, saying she had been trying to "motivate" Pitonyak to finish the job. Accurate or not, it was the first time Sullivan had mentioned this conversation, even though she'd testified at Pitonyak's trial, and Sawyer objected and was granted additional time to interview Sullivan and prepare a rebuttal. Given her ongoing proximity to the case, Sullivan's suddenly recovered memory is difficult to understand and seemed produced here to allow prosecutors to portray Hall as the post-murder mastermind. Sawyer countered that in fact Hall took no part in the abandoned dismemberment, a version of the story that the jury apparently found unpersuasive.

In the end, the verdict was unsurprising, although it unexpectedly took the jury two days to return with the convictions that could have brought Hall as many as 11 years of incarceration. Jurors perhaps reasoned that Hall's confirmed actions – her collaboration with Pitonyak and their flight together – reflect that she is certainly guilty of something, and the available charges would have to do. The relatively light sentence, after an emotional appeal from Hall's father, suggests that the delay in reaching a verdict reflected some division in the jurors' judgment of Hall's culpability.

But Hall's trial, like Pitonyak's, in the end produced little understanding either of what really happened to young Jennifer Cave or, most especially, why her supposed friends ended her life with such brutal, emotionless, and unthinking cruelty.