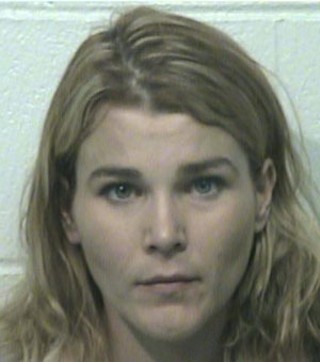 A fine dish of crow is on the menu for Williamson County officials, who consistently defended and praised the work of one of their controversial appointees – until she became an accused felon last week. Veterinarian Dana Boehm, the interim director of the problem-plagued Williamson County Regional Animal Shelter, was arrested and jailed Aug. 15 on a charge of felony theft. Boehm, who is on paid leave until her interim term ends Aug. 28, is accused of cashing an Internal Revenue Service refund check issued to her former employer, Hutto veterinarian John Holmstrom, according to a sworn affidavit filed by Hutto Police Detective Nathan Rowland.

According to the document, Holmstrom told police June 25 he was due an IRS refund of $3,270 for the 2005 tax year and that he suspected Boehm of cashing the check. As the affidavit states, Holmstrom said he ordinarily signs checks without his professional title – DVM (doctor of veterinary medicine) – after his name but uses his signature stamp of "John Holmstrom, DVM" when writing prescriptions. Police say Holmstrom's signature stamp was used to endorse and cash the IRS check. On July 26, Rowland obtained bank records of the check's deposit, which, according to police, confirmed the theory that someone had used the stamp to endorse the check. And on Aug. 3, Rowland interviewed Holmstrom's wife, Linda Welch, who told him Boehm admitted she cashed the check.

Boehm's arrest marked the end of a brief yet high-profile era in which the interim director seemingly could do no wrong in the eyes of county officials – even as the animal shelter suffered hit after hit of criticism and complaints of cruelty and neglect. In late June, within weeks after Boehm was appointed to the interim post, shelter volunteers found dead animals decomposing in feces, urine, and blood. They reported the mess to the authorities, prompting a blitz of bad press, a criminal investigation of animal cruelty (still pending in the sheriff's office), and a $26,000 legal settlement awarded to former vet tech and whistle-blower Kathy Abdella. The settlement was made after Boehm summarily fired Abdella in mid-July, explaining in a memo that Abdella had "created a disruption in the workplace as well as a hostile environment for me."

Despite continuing controversy at the shelter, Round Rock officials nevertheless praised Boehm's job performance during a recent meeting about the city's financial participation in the shelter. Additionally, a who's who of WilCo municipal and county officials helped Boehm tidy up the shelter the day before veterinarian Beverlee Nix of the Texas Department of State Health Services arrived for what was billed as an "unannounced inspection."

As complaints continued to pile up, Boehm, the niece of former Williamson Co. Commissioner Frankie Limmer, remained curiously immune to criticism. At times, even some media outlets purred contentedly over her performance; she earned the whimsical moniker "Keeper of the Kitties" from KEYE news reporter Greg Watson. On July 18, a full month after volunteers filed a police report on the shelter, Watson quoted Boehm's pouty stance that she was "offended" by the allegations, adding, "We know the truth, and that's what matters." The same report, however, revealed that others sensed something was amiss at the shelter. Animal adopters told the reporter they were taking animals from the shelter with a "leap of faith."

Their apprehensions were soon validated with the recent disappearance of Reba, a young Labrador that was supposedly euthanized shortly before her owners arrived to retrieve their missing dog. Reba's owners don't believe she was put down, because shelter employees refused to produce the body. Instead, they called the sheriff's office to shoo away Reba's distraught owner, Gilbert Angelle of Cedar Park. More recently, a newly adopted puppy from the shelter had to be euthanized because it had parvo and distemper.

Even as the so-called Keeper of the Kitties stands accused of having her hand in the office kitty of her former employer, some believe Boehm is getting off relatively light. For one thing, she obtained a generous bond reduction on the day of her arrest. And she remains on the shelter payroll until her three months as interim director are up next week. Confidential sources are also wondering why she isn't facing a steeper charge of forgery involving a government document. When questioned about the lesser charge, Lt. Dwain Jones of the Hutto Police Department responded that District Attorney John Bradley has required that all queries go through him. (At press time, Bradley was unavailable for comment.) In any case, the Texas Department of Public Safety has confirmed that the Texas Rangers are assisting local police.

Now the county is clearly distancing itself from Boehm. In an e-mail to the Chronicle, Public Information Officer Connie Watson indicated that the arrest had nothing to do with Boehm's work for the county. "The incident relating to Dr. Boehm's arrest does not mention or involve her employment as the interim director of the animal shelter," Watson wrote.

In light of the theft charge, some shelter observers are questioning Boehm's policy of accepting only cash for adoption fees. According to County Treasurer Vivian Wood, she had to insist that Boehm comply with the legal deposit schedule of three days from remittance, telling Boehm if she didn't bring in the money received by the shelter – or send it by courier in an armored car twice a week, as all other departments do – Wood would send someone to the shelter to retrieve the funds. When asked whether the county had ordered an outside audit of the shelter's books, Watson said the Commissioners Court had not requested such outside assistance but that the shelter is regularly reviewed by the county auditor's office. The Chronicle's request for a copy of the most recent audit is on file with County Auditor David Flores.