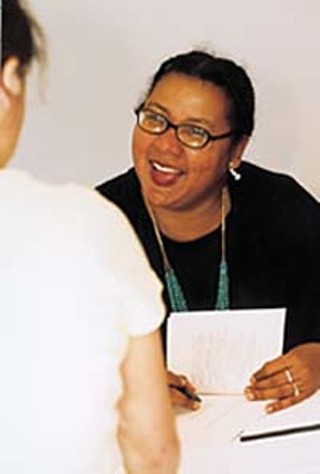 Last week, the Chronicle got a letter from an irate Arizonian who had caught writer and social critic bell hooks' recent commencement address at Georgetown's Southwestern University. "The lovely school seems to have forgotten its foundations," wrote Jean Kilker. "Instead of a joyous occasion, the audience was insulted and called names ... we were labeled white supremacists and more. [hooks] was anti-American." (The letter is in "Postmarks," p.8.)

"Naked City" obtained a transcribed copy of hooks' speech from SU to analyze its contents. hooks -- who last year spent several weeks as a visiting scholar in SU's feminist studies department -- never called her audience "white supremacists" or anything else derogatory, though she did criticize "every imperialist, white supremacist, capitalist, patriarchal nation on the planet" for teaching citizens "to care more for tomorrow than today." She also addressed those students in the audience who may have spent their college years "indulging in the basic violence of self-betrayal -- going along to get along, going along with the crowd, conforming." Perhaps she heard about SU's Kappa Alpha fraternity, suspended last year for sticking a sign reading "Old People Die!" on a car parked outside a retirement community, using racist slurs, and other behavior that didn't exactly mesh with the school's stated core values of diversity and respect.

hooks' speech was not "joyous" in the traditional, "the grass is always greener here, even when covered in pesticides" sense of American optimism, and the topics she chose to discuss -- government-sanctioned violence, oppression, death -- do not naturally correspond with cap tosses and congratulatory high-fives. Nevertheless, hooks did advise the crowd to treasure their relationships, build community, and "critically review" their college years -- hopefully, she followed, "to realize the essential goodness of your being."

Although many in the audience booed, Peter Gottschalk, an associate professor at SU's religion and philosophy department, said that in the course of receiving their diplomas, several graduates passed over the provost to shake hooks' hand or give her a hug. "Part of the negative response was simply having a black woman -- a person who represents two non-privileged positions in our society -- [deliver the address]," he said. Yet the speech did raise questions about appropriateness, he suggested.

According to SU spokesman Eric Van Danen, the university has not issued any official statements about hooks' speech, but says the campus community is still discussing the address. Meanwhile, hooks will return to SU next fall.