"It's not three chords, it's the heart and soul of a nation!" – Birdlegg 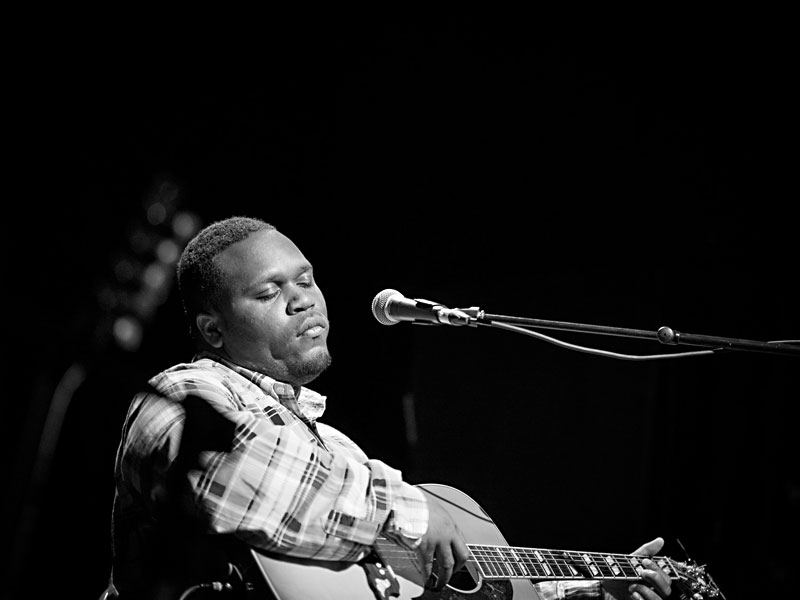 A millennial playing original country blues, Jontavious Willis has come on as a next-generation talent in America's purest art form. The 25-year-old from Greenville, Ga., owns a superb style: fingers peddling over the strings of a small body acoustic while singing in a big, warm voice homed into the emotional transference on which the genre thrives.

Recently departed Austinite Paul Oscher, a certified badass who made his name blowing harp for Muddy Waters, counts among the blues elders who've raised a glass to Willis, having stated, "When I heard him play I said to myself: 'This is how the blues, as I know it, is going to stay alive.'"

This weekend, Willis makes his Austin debut, playing Friday at Antone's and Saturday outside on 12th and Chicon for Eastside Kings Festival. That gathering stands out from other festivals: The average age of performers is higher, the lineup's predominantly people of color, artists collaborate in unique combinations, and with most of the action taking place around a row of clubs on E. 12th Street – the original capital of Black nightlife in Austin – it emanates an intimate, juke joint vibe.

“Blues is serious goddamn business. It’s not three chords, it’s the heart and soul of a nation! So we don’t like it fucked around with.” – Birdlegg

This is where you catch performances you won't see anywhere else. Sunday finds Houston's eternally talented Jewel Brown – a featured vocalist for Louis Armstrong's band in the Sixties – performing alongside esteemed organist Dr. James Polk, one of Austin's foremost musical geniuses who handled arrangements for Ray Charles and taught music studies at Huston-Tillotson University. Speaking of foundational figures in our city's music history, low-key blues master Bill Campbell — once described in the Chronicle as the "'token white boy' in many of the Eastside's best bands of the 1960s" – makes his annual ESK Fest appearance playing bass in the house band at King Bee Lounge. Among the artists he's backing: must-see Dallas soul man Ernie Johnson, whose funky, charisma-oozing singles like "Narc Man" are still dance-floor relevant today.

For ESK Fest co-founder Eddie Stout – a musician, recordmaker, and mover/shaker in the international blues community – the festival's purpose echoes the work he's done though Dialtone Records: preserving the culture and providing opportunities for the true practitioners of blues. Over nine years, the fest's musical circle has widened to encompass musicians from relevant Southern territories – Texas, Louisiana, Mississippi, and Georgia – while its sacred circle of old-school Eastside musicians slowly contracts.

"Blues Boy was the best in town – it was spiffy blues," remembers Charles Shaw, who drummed for Hubbard in the Jets.

"They were very supportive," he says. "They wanted to learn the blues and it went over pretty good to them."

"It's like a family reunion," James Kuykendall says of the fest. "I get to see everybody and talk to them and really get to do the blues."

The 72-year-old Kuykendall, performing Sunday afternoon at King Bee Lounge, is living history of blues in East Austin, having grown up two blocks off E. 11th, where he started hitting clubs to see live music as a teenager. He soon went on to play bass with two of the city's finest blues musicians: Hosea Hargrove and the aforementioned Hubbard.

"Hosea did the kind of blues where you take 'em down to the river and shoot his woman or his woman shoot him," he summarizes. "Then the blues I played with Hubbard is more like B.B. King, Johnny Taylor – them kinda people."

He credits Hubbard with teaching him the ins and outs of music theory, which he calls "an awakening."

Meanwhile, the veteran of Eastside joints like Ernie's Chicken Shack has a complicated relationship with the genre – blaming the blues musician lifestyle for misdeeds in his past. He's looking forward to playing his set on Sunday, but notes that it's not something he usually does.

"I only play in church now," Kuykendall says. "I quit playin' the blues 'cause I wasn't actin' right."

The magnetic bassist and singer with a penchant for fine threads goes on to define not "actin' right": hanging out with women who were not his wife, doing drugs, staying away from home for days on end.

"I wasn't taking control like I needed to so I decided I best go to church," he says. "That's what saved me. I don't do drugs anymore and, when I go out and play music, I don't look at the ladies like I used to. They might look at me, but I don't get after 'em."

Still, to fans of real-deal blues ESK Fest is church. Stout and fellow organizers Steve Fulton from Austin Vin­tage Guitars, Pierre Pelegrin of Jus­tine's Brasserie, and drum dynamo Jason Moeller have had to roll with challenges during the pandemic. Last year, they streamed the fest, then, this year, the event's city funding got reduced by 80%. Now, the recent COVID-19 surge has caused them to shift five of their seven stages outdoors. They also tweaked the lineup to include smaller ensembles, with many musicians playing with limited accompaniment.

"Oh, I can kick ass that way," Gene "Birdlegg" Pittman says about performing with only one backing musician. "That's no problem for me!"

The internationally touring vocalist and harmonica player is a kinetic presence in performance, leaving no inch of the stage untouched. Animated, interactive, and frisky, Birdlegg will – almost certainly – promenade into the crowd and – potentially – even hump a lucky concertgoer's leg. This man lives onstage, but has had limited performance options over the last year due to COVID-19's impact on touring and live music. Thus, you can expect him to be raring to go Sunday on the El Tigre Coffee patio. After all, this is his domain.

"Blues is serious goddamn business. It's not three chords, it's the heart and soul of a nation! So we don't like it fucked around with," says the Austin-based harp blower. "My bass player asked me if a white boy can be a bluesman and I said, 'No.' There's too much you have to humble yourself to. You have to agree that we invented this shit and we are the masters of it. People who don't know the blues or don't know Black people and don't live with 'em have no right to criticize our music. They have a right to learn it. I may not be the best singer. I may not be the best player, but I am the blues."

Free to the public

The Moeller Brothers with Johnny Bradley on bass (7-7:30pm) 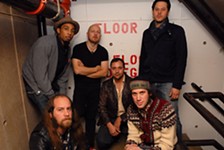