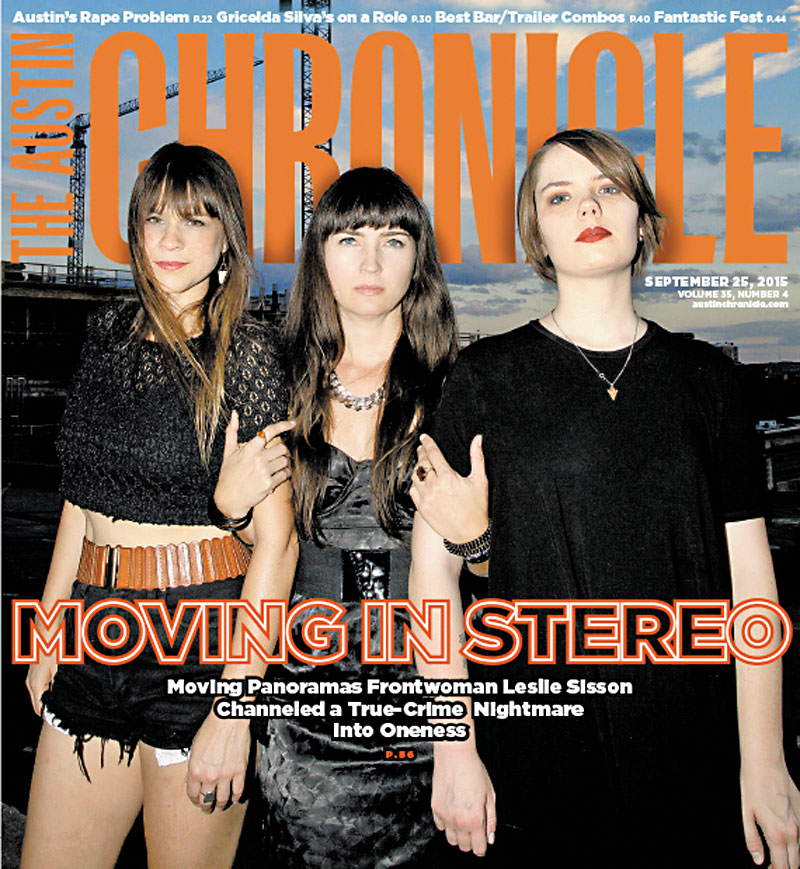 Best of the Year

Band of the Year: ... And You Will Know Us by the Trail of Dead

Musician of the Year: Mobley

Songwriter of the Year: David Ramirez

Album of the Year: Star Parks, The New Sounds of Late Capitalism

Video of the Year: Annabelle Chairlegs, "Outside" [Dir. Vaness Pla]

Musician Who Went Above & Beyond: Jonathan "Chaka" Mahone

Martin Luther King Jr. Day makes for a memorable cleanup project in CenTex this year. An obelisk celebrating the Confederate Army and a headstone commemorating 22nd governor of Texas and Confederate Army Officer Joseph Sayers on the Bastrop County courthouse lawn call for relocation (or worse), so with $28,000 of $50,000 raised for the endeavor, a who's who of song activists livestream on Monday to bring home the remaining $22,000. Huge headliners Natalie Maines and the Chicks lead a burning pack of ATX singer-songwriters including James McMurtry, Eliza Gilkyson, David Ramirez, BettySoo, and others, alongside veteran Americana favorite Dar Williams, and more. Then, local reps Akina Adderley, Ruthie Foster, and Ray Prim wrap it all in roots soul and gospel. All monies benefit the Bastrop County Monument Relocation Committee.  – Raoul Hernandez

Colony Park's D'Wazauhn Washington screeches into the new year by triumphantly skirting disgraceful men. CP Loony's use of Atlanta-influenced melodicism with dabs of Chicago tunefulness continues on latest single "Push Start." The newly turned 27-year-old implements a flow reminiscent of Atlanta trap star Gunna over a booming production containing samples of an acoustic guitar. While last year's American Rebel LP shipped batches of inspirational bars, East Austin's self-proclaimed "Voice of the Struggle" simply talks his talk on this 152-second cut. "I'm the realest in my city, fuck clout.../ I'm the Voice of the Struggle/ I ain't stoppin' 'til they label me a legend and the voice of the muthafuckin' South," he proclaims after "Introvert" quietly racked up over 100,000 Spotify streams last year. And about that luxurious vehicle needing no key to start that he gushes over in the chorus? "I can't wait to get a milli/ See the stars in the whip," he offers on purchasing a Rolls-Royce Wraith.  – Derek Udensi

Futuristic pop infused with Eighties vibes, Laura Lee Bishop travels through time and space to fill your ears with stars. Sharing 2017 full-length To the Max! and various singles, the 2019 Austin Music Poll nominee for Best Electronic Artist blasts through Terra Mater and dance floors across the galaxy. Writing and producing as Primo the Alien, she whips up effervescent sensations doused in far-out pulses. First single from an upcoming double EP, "Bad Things" rings in a new Primo era. Atop retrowave breakdowns and techno beats, the local singer takes to the streets, opening mailboxes, keying a truck, and setting fire to the oh-so-infamous Trump flag. As the flames climb, the sweet soprano's harmonies echo behind electric synths, weaving between every count. LLB/PTA sings of doing bad things, but admittedly, some of them are so satisfyingly good.  – Alyssa Quiles

Lamenting a lack of innate intelligence, Paul Leary sings, "Born stupid, without no sense at all/ Why did I have to be born stupid." He then sets the simple, winning hook over a country shuffle where operatic soprano vocalizations complement a twangy guitar solo. The low-voiced track, featuring a trademark bent-to-oblivion guitar solo by Leary, exists extra lovable because it's astonishingly not mean-spirited. The protagonist identifies the strife and peril in the world – and genuinely wants to help – but he's simply too damn dumb. The Butthole Surfers guitarist and Midas-touch producer/engineer hasn't put out an album since 1991's brilliant The History of Dogs, but now via its title track we're primed for an LP arriving on resurrected underground label Shimmy-Disc through Joyful Noise.  – Kevin Curtin

At first, the press release headline read too good to be true: "FREE, all-ages, in-store performances are back with Will Johnson." Now, stop and think for a moment – calculate: How many shows did you NOT see because you went to the Waterloo Records in-store? Remember the Stooges spilling outside the store that year at SXSW and the time Sonic Youth played tennis with their guitars in there? Or when Ghost skipped the gig in Austin but not the in-store signing? And how 'bout anytime Austin's Bill Callahan takes the tony stage between the two halves of the store? At a point when they're prepping the Convention Center to take COVID-19 overflow, the 'Loo flushes any need to attend in-person music. Equally mystic Callahan peer Will Johnson finally celebrates the release of 2020's El Capitan on boutique ATX imprint Keeled Scales by livestreaming from the Sixth-n-Lamar musical landmark – just like the "Before Times," as Akina Adderley's daughter likes to say. Wrote our man Doug Freeman about the album last summer: "Johnson's second full-length for Keeled Scales pairs like the acoustic rejoinder to 2019's Wire Mountain. Perfect foil for the songwriter's crooked moan, the lo-fi recordings and sparse arrangements thrust a tender lonesomeness to the fore, with ... the result pull[ing] like light folding across the room throughout the day, an aural grapple of meditation amid anxieties."  – Raoul Hernandez

As an expansive chord rings out and stretches to the Texas sunset, Wayne Sutton's new single "Whiplash" advances his forthcoming album Blue Worm. The song finds the veteran local guitar slinger as a lone troubadour speaking a weathered and weary elegy as acoustic rambles blow through like tumbleweeds and reverb twists into a spaghetti Western. Sutton planned for a busy 2020 by reuniting with Sister 7 siren Patrice Pike, releasing Heart Is a Compass, and prepping an international tour including stops at SXSW and Lollapalooza South America. Once the pandemic curtailed Earth, he ventured out to the ghost town of Terlingua and recorded Blue Worm. Its 11 tracks will tally his first solo LP since 2005's Walking Disaster.  – Alejandra Ramirez

Riding the success of last year's third LP Country Shade and the debut of Texas country young guns the Panhandlers with Josh Abbott, William Clark Green, and Cleto Cordero, Austin cowboy John Baumann dishes a down home 45rpm single that raises his songwriting ante yet again. "Texas Dead" delivers an easy-licked Lone Star anthem in the line of Bruce Robison or Robert Earl Keen, his twang-tinged tenor torquing behind soaring fiddle. B-side "Tokyo Smile" likewise lies smoothly down in a daydream melody of blue skies and traveling far away, echoes of John Denver in its wandering Seventies folk sound. Baumann maintains an ever sharp sense of place, rooted in the observations of a changing rural community and the simultaneous pull of the world beyond.  – Doug Freeman

Charley Crockett, "I Can Help"

Proving the point, the week Charley Crockett's 2020 LP Welcome to Hard Times appeared on this year's Austin Music Poll ballot, his cover of crossover chart-topper "I Can Help" bested the original. Where ex-Kris Kristofferson sideman Billy Swan's No. 1 smash in 1974 on both the pop and country Billboard charts literally clanks behind his poignant vocal with clappy percussion, circus keys, a tuba-like rhythm, and is that the drum machine he wrote it on (?), Crockett croons the tune back to the simple country lullaby that seduced millions worldwide. Watch the Austin C&W phenomenon's face as he intones, "I got two strong arms, so I can help ya." Ever natty in a cowboy hat, vest, starched shirt and slacks, and boots, with a neatly trimmed beard carpet covering his reassuring mug, the singer hypnotizes Next Waltz producer Bruce Robison in the video as well.  – Raoul Hernandez 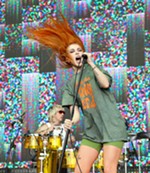 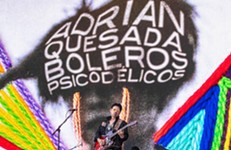