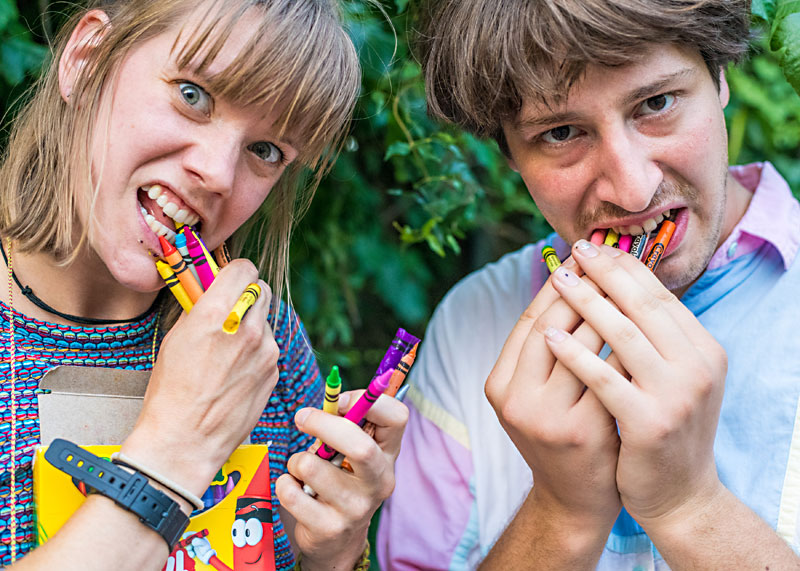 Being Dead touts an "invention" composed of only a headband, string, and a 9-volt battery. One side goes around the skull of Cody Dosier, the other rests on a synthesizer key. With it, he can sustain a single piano note while drumming and singing, then cease it by jerking his head to the side. Such functional outlandishness epitomizes the tandem of Dosier and Juli Keller, who exchange guitar, drum, and vocal duties. From dry comedic banter to highly compatible harmonies and the ability to craft memorable songs, Being Dead thrives on siblinglike chemistry. No surprise their Fame Money Death by Drive By emerged as one of the most ludicrously lovable local albums of 2019. – Kevin Curtin


Late this summer, a two-part spotlight on Austin's rising rappers, "Thee ATX Cypher," dropped on YouTube. Its typical Mars-Venus split – men in the first round of rhymes, women in the second – seemed like an antiquated setup until you realized Cha'keeta B spearheaded the project. "Look me in my eyes and watch a goddess rise," spits the MC born Lauren Riggins, looking straight into the camera. Over two mixtapes and 2018 EP 2Incomparable, she pairs slow beats with lightning-fast wordplay not unlike Houston's genre forebears. As such, CB's established herself as a leader in the elevating Austin hip-hop movement. – Abby Johnston


Looking for a let-loose side hustle from his main gig as Sweet Spirit's bassist, Jon Fichter tuned up as lead guitarist in forming Hong Kong Wigs. The scuzzy, rocking trio, completed by Anastasia Wright of Black Basements and Ex Romantika drummer Adam Galvan, fuses post-punk New Wave with hooky jams. This year's eponymous debut EP boils a cauldron of touchstones from Television to Spoon, and even touches on producer James Patralli's White Denim. HKW closed out 2019 by putting out sharp-shooting power-pop single "I'm So Free," poising Fichter and company for a potential 2020 breakout. – Doug Freeman


Wide-eyed and maniacal, King Woot & the Holy Nah Nah unleashes its namesake frontman, who contorts his voice like a demon through soaring growls, screams, and bellows. Although lo-fi DIY, the locals' debut demo Vega packs the punch of "Careen," which blasts through fuzz riffs compounded by sloshed snare percussion. Meanwhile, "House on the Corner" gallops on fingerpicked twang and tom-tom frenzy, while "Tainted Glass" tripwires as it chugs mass distortion against a slab of power chords. All amp fever, their live shows blow back hair with a sharp-cut serving of rock & roll brutality. – Alejandra Ramirez 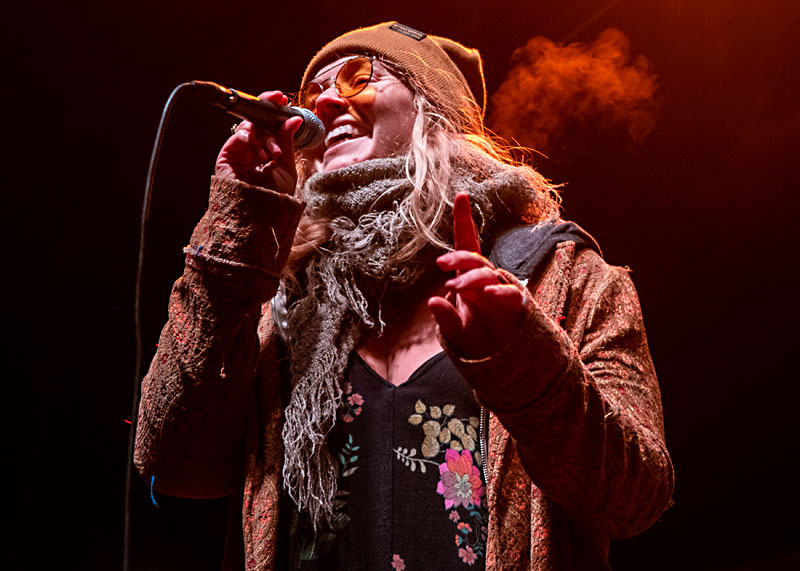 Longtime local favorite co-responsible for the bittersweet pop symphonics of Wild Child, Kelsey Wilson lights out solo as Sir Woman. The new project gives her more room to run, and results from her three singles last year tease 2020 debut LP Party City as a spectacular mix of grooving soul and pop showcasing her range as both songwriter and singer. "I felt hesitant about separating myself from the Wild Child world and stepping out of my comfort zone," Wilson told the Chronicle last month, "but I knew it was important for me to find my own voice." – Doug Freeman


After unsuccessful attempts to capture her project's fuzzy charm, Emily Whetstone met producer Matt Parmenter in a test band for a college recording class. The harmonious connection prompted Van Mary's upcoming debut EP, which merges the Breeders' salty-sweet noise-pop with beguiling narratives à la Julia Jacklin. "Ennui" begins with "smoking in bed like the girls in Godard's films," an unplanned tribute to recently passed French star Anna Karina. On Instagram, Whetstone expands: "It's about knowing you're being mistreated by the person you love and wanting to be with that person anyway. It's a really sad song and it was my reality for a long time." – Rachel Rascoe