Faster Than Sound: Punk’s Not White at Black & Brown Fest 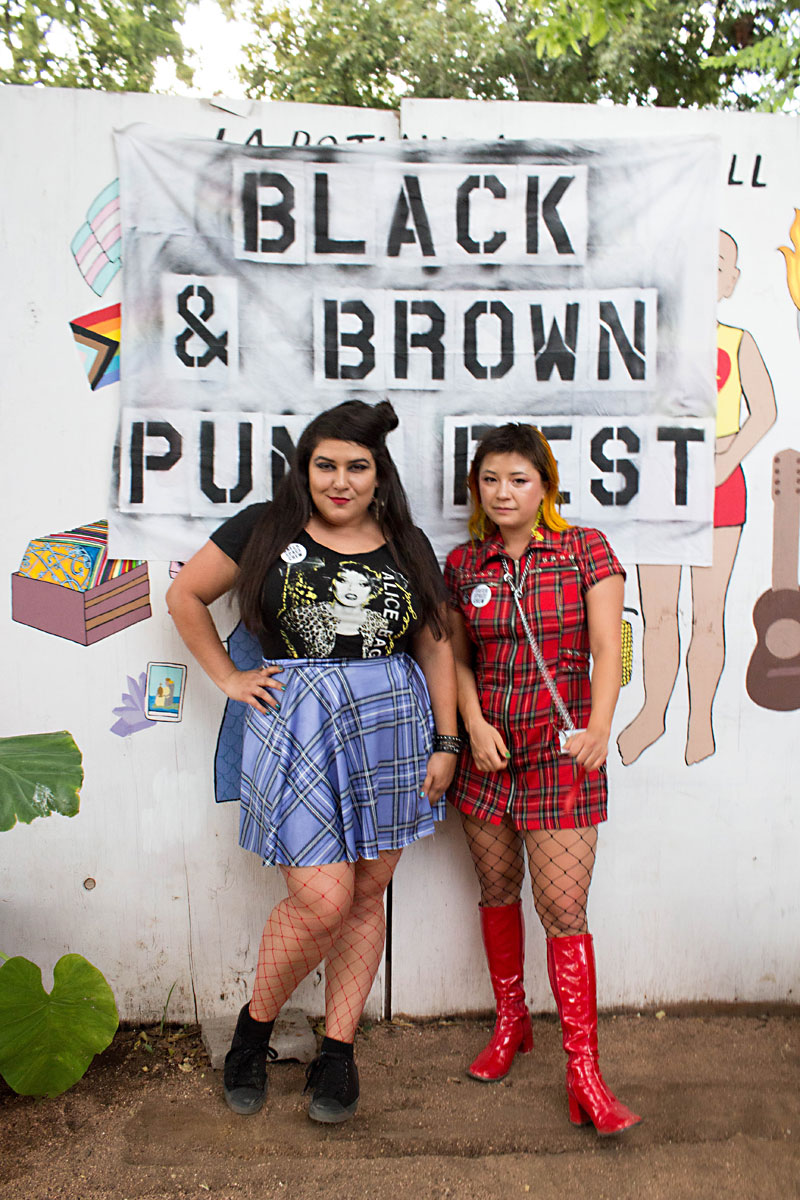 After years of DIY events, Daisy Salinas is no stranger to pushback. Her first festival effort, an all-women event benefiting survivors of sexual assault, attracted accusations of man-hating in the Nashville scene. Now based in San Antonio, Salinas blocks online trolls daily from the pages of her punk collective, Xingonas in the Pit. Any messaging along the lines of "punk's not white" brings the angry commenters running.

"People think punk is just about the music, but it's about a political act of resistance," counters Salinas. "People of color have always been doing it ourselves – before DIY culture was ever a thing. We played a huge part in the formation of punk, and we're just not given credit."

In March, Xingonas in the Pit put together a lineup to accompany a screening of James Spooner's 2003 documentary, Afro-Punk, at the visiting director's request. They called the day-fest "Afropunk in the Pit!" Afterward, they received a cease and desist letter from Brooklyn-based festival Afropunk, an event initially inspired by Spooner's film.

"It was so ironic because Afropunk, the corporation, wouldn't exist if it wasn't for the documentary," says Salinas. "How is that reflective of your mission – to try to sue working class punks of color?"

Spooner broke off from Afropunk in 2008, now a major multi-city event with corporate sponsorship. Afropunk criticisms echoed in the viral support for Xingonas in the Pit following coverage of the legal threat in The Guardian. Influential poet Hanif Abdurraqib and Garbage lead Shirley Manson have also supported the group's crowdfunding efforts. Austin native Monica Skinner, who works locally in fest production and audio, drove down to San Antonio for meetings and eventually joined the crew. Currently on hiatus from local bookings as Hex in the City, Skinner says the collective's politics aren't necessarily Austin-centric.

"At one of the Austin venues I stopped working with, the owner was like, 'Yeah, any kind of, like, trans shows you can bring in, the more the merrier,'" recalls Skinner. "It sounded like dollar signs, not actually caring about the cause."

In a post-fest interview with Salinas, the founder conveyed a message from Black Mercy vocalist Noble Brown, who said he'd never played to so many people of color throughout decades of punk participation. Near the end of the night, before unleashing back-bends and crowd crawls, vocalist Evan Jones of ATX garage crew Dregs thanked Xingonas in the Pit.

"I've had tears in my eyes multiple times tonight," Jones said. "I've never felt so represented as I do in San Antonio, in this space." 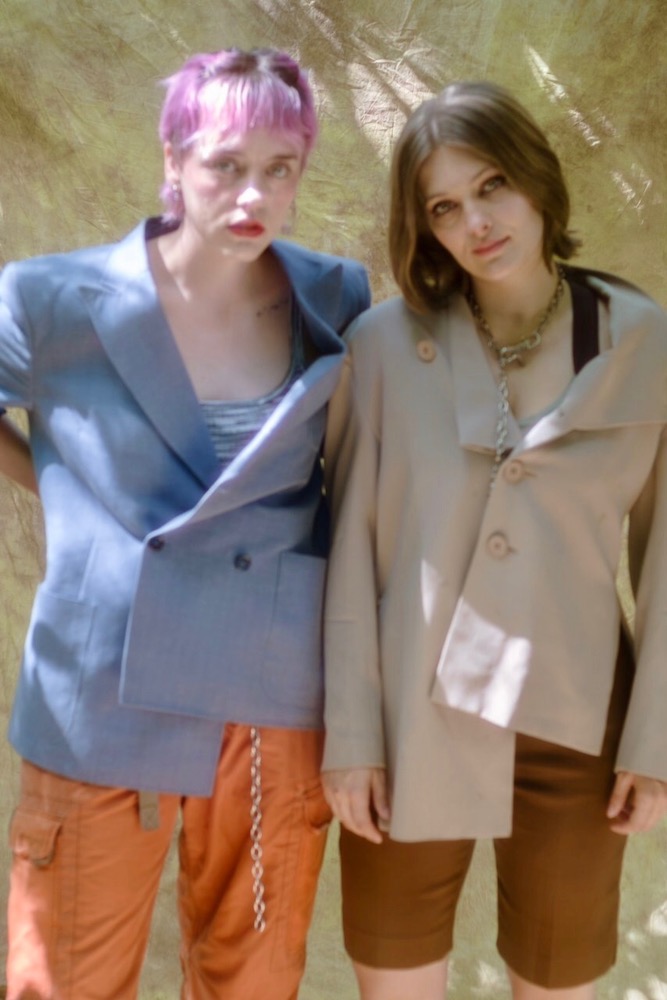 On March 8, 2018, Julia Dixon and Amberlin Leonard were pleasantly surprised by the packed turnout for their vintage store's grand opening. Ever since, progressive fashion boutique Mutual Feelings has offered a multi-use DIY space to musical events, art installations, and more. An island of campy, futuristic fashion in Austin's denim-obsessed Western scene, the physical space on Rosewood Avenue closed last week following a final party on Aug. 24.

"It's only been a year and a half, but the amount of people we've brought together is pretty insane," says Dixon.

"It feels really big," adds Leonard. "We didn't like to charge people. It was like, if you can throw the event, you can have [the space]."

Dixon and Leonard will continue sales on shopping app Depop alongside plans to launch a website. In its mall-goth-meets-Y2K-raver style, including rare pieces from designers like Comme des Garçons and Issey Miyake, the shop brought together a previously untapped subset of fashion-interested Austin artists and musicians. On Instagram, local rapper Ladi Earth called it her favorite local shop, joining a flurry of fan tribute posts in their Mutual Feelings wares.

The founding duo says they're looking for more flexibility after running the retail shop without any other employees and added hours for nighttime events. Highlights included collaborations with local collective Brown State of Mind, which put on an undersea-themed show around Christelle Bofale's Swim Team album release, plus DJ sets and the first-ever comedy show from The Gay Agenda.

"We're both Scorpios, so we're very particular," recalls Dixon. "Now that we've built this brand, we have some space to ask: 'What do we really want?'"

Dixon and Leonard will continue under the Mutual Feelings moniker via pop-up sales, events, and styling. Follow along on Instagram @shopmutual. More Alley Delays: On Friday, Aug. 30, Austin Public Works announced further delays to yearlong efforts to fence off the alley between now-shuttered Sidewinder and Beerland. The email updated the timeline, resetting the clock on a 12-week projection announced at a City Council meeting last month (see "The Alley Again," Aug. 16). The then-hopeful Council conversation claimed biohazard cleanup of the problematic corridor would begin within three weeks. That was three weeks ago.

Theresa Jenkins, senior executive director of the Recording Academy Texas Chapter, died Aug. 27, at the age of 54. Her diagnosis of esophageal cancer was announced at the Chapter's 25th anniversary gala at ACL Live last month, where stars like Yolanda Adams celebrated Jenkins' support of their careers. Texas Music Office Director Brendon Anthony highlighted her work on student outreach programs, writing: "Theresa's legacy will carry on ... in the statewide music community that she helped grow into a world-renowned, Grammy Award-winning industry."