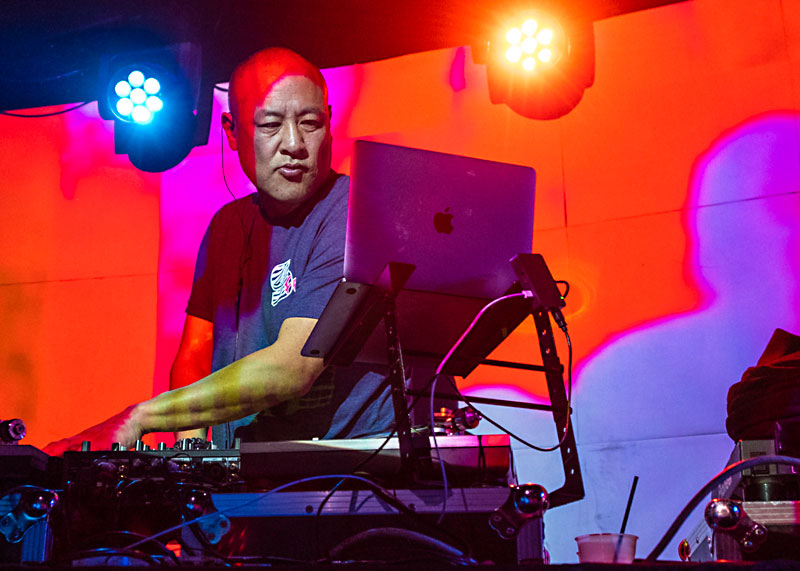 A year ago, the fate of Seventh Street stronghold Empire Control Room & Garage hung in the balance.

Paul pulling out bought Empire Control Room owner Stephen Sternschein some time. Now, he and his partners are under contract to purchase the property. They expect to close this week.

"That was the last straw," admits Sternschein. "Either I buy it now, or they sell it to someone else and we probably have to leave. Like any successful business, we were still at the mercy of our landlord."

Empire's creekside habitat encompasses two properties. The larger, outdoor Garage space is already owned by one of Sternschein's business partners, Trey Spaw. Soon, they'll add to their holdings the 5,000-square-foot interior Control Room, previously on a monthly lease. Sternschein had already installed an enclosing door on the Garage as a "backup plan" to host smaller shows in case the Control Room sold. Now he and some of his partners – Dave Machinist, Michael Machinist, and Spaw, alongside investors Lou Ellman, Steven Kalil, and Jeff Speck – can operate without fear of carpetbaggers. Earlier this year, commercial real estate site LoopNet listed the property for $2 million.

"It's not a charity deal," adds Sternschein. "These are investors expecting a return, and in order to do that, we have to grow the business. I'm excited to make changes I've wanted to for seven years – since we opened the place."

For projects like air conditioning, bathrooms, and other upgrades, he'll rely on future receipt of a grant from the city's Creative Space Assistance Program. The Austin City Council will vote Aug. 22 on an updated version of the program, allowing up to $50,000 for qualifying spaces. As a property owner, Sternschein hopes to help lead improvements on long-running issues in the alleyway leading to Waller Creek, which Empire backs up to.

The burden on leasing venue owners to pay for property maintenance alongside rising rents often contributes to high turnover Downtown. After Red River venue Sidewinder closed last May, Elysium owner John Wickham and Sternschein attempted to partner and reopen the space. The two would have been financially responsible for major construction updates to the back patio, so they were not able to sign a lease.

The Empire purchase aligns with huge moves at Sternschein's SaaS-based event management startup, Prism, which services hundreds of clients like Ad Hoc and the Paramount Theatre. Last week, former Ticketfly and Eventbrite Vice President Tom Ewald joined as the company's chief revenue officer. Based on the system developed by Sternschein's own 75-person team between promotion side Heard Presents and venue Empire, the software integrates with major platforms like Eventbrite.

While connecting with nationwide venues for the startup, Sternschein took inspiration from clubs run on their own land.

"Since we started the [Red River Cultural District], our approach has been not to stand in front of bulldozers, but to ideally have a hand in what developers are planning," says Sternschein. "We're going to fucking buy this dirt, and hopefully some of the other iconic clubs in town will start to follow suit." 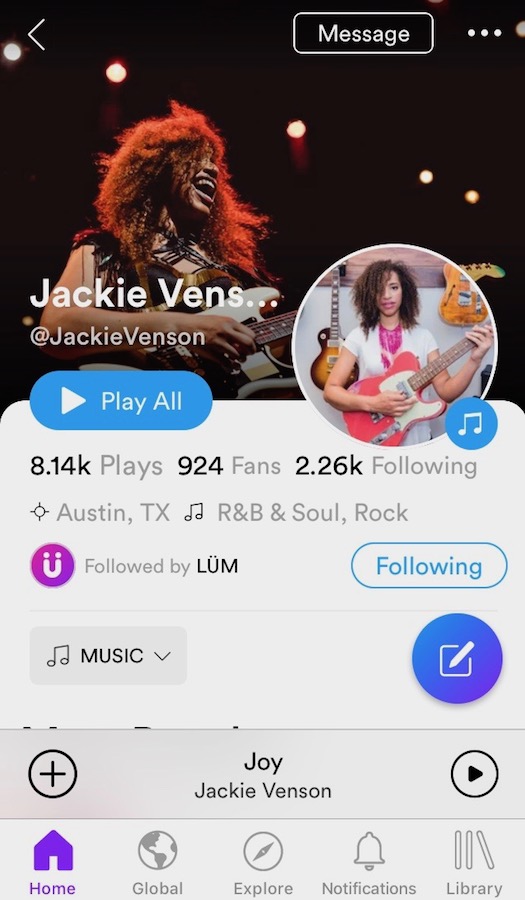 A screenshot of Austin artist Jackie Venson's profile on LÜM

While wrapping up college in Madison, eight buddies searched for an industry in need of some good old-fashioned millennial disruption. They landed on music streaming, leading up to the creation of new "social music discovery app" LÜM (pronounced "loom"). Ahead of its July 1 launch, the tech startup opened a satellite office in Austin.

Well, it's more like a meeting room behind Chief Marketing Officer Jacob Fergus and Branding Director Luke Logan's Eastside abode. After raising $1.2 million in less than a year and partnering with major concert promoter Frank Productions, the Wisconsin-based group chose Austin as a secondary market. By connecting with arts patrons Black Fret, they invited local acts to try out an early version of the app.

"One of the craziest statistics that inspired LÜM was the fact that 99 percent of all audio streaming is of the top 10 percent most-streamed tracks," says Logan. "Up-and-coming artists aren't able to grow their fan bases because all of the major labels have a huge stake in Spotify, and fans aren't able to discover new music because they're constantly getting top tracks shoved down their throats."

Instead, LÜM strives to become a one-stop shop, merging the social updates of Instagram and Facebook with the streaming services of SoundCloud and Spotify. Right now, artists can upload unlimited amounts of music for free. Rather than streaming royalties, LÜM plans to roll out money-making methods like digital tipping, as well as paid subscriptions to artists' work.

"We're trying to bring the human element back into the music streaming process," adds Fergus. "You see people digitally tipping online gamers thousands of dollars to watch them play. We think it's even more applicable to music. Five fans subscribing for $5 a month is way more beneficial than a hundred thousand streams on any other platform." 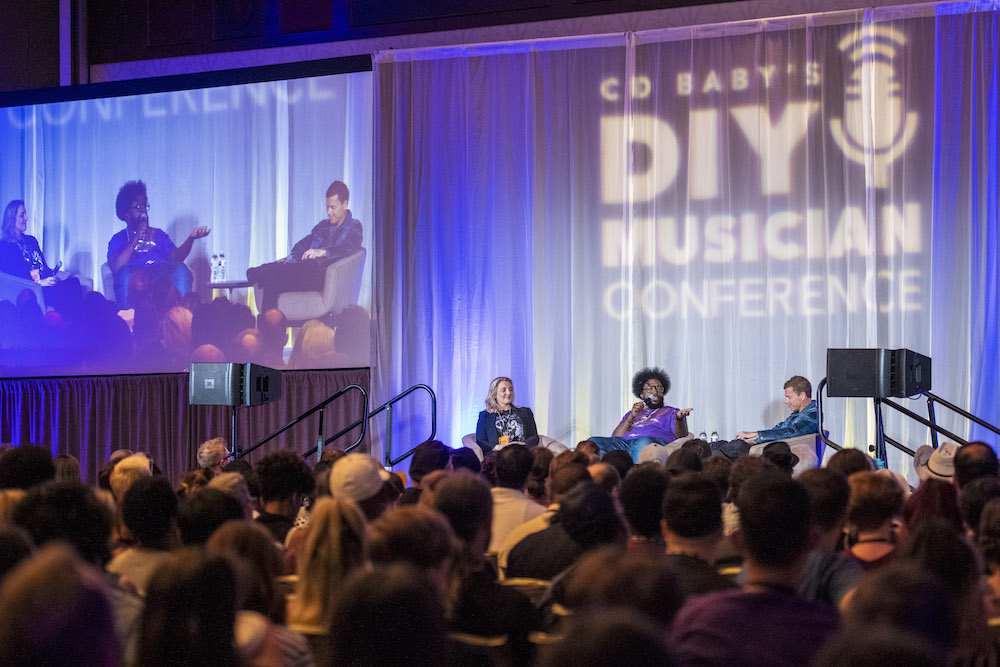 The lineup integrated a solid standing of locals, including Alejandro Escovedo, Jackie Venson, and local show series Comedians Interviewing Musicians. Latina force Gina Chavez, a CD Baby user, packed hundreds of attendees into an opening session. The bilingual songwriter recapped her coming out as a lesbian and traveling as a cultural ambassador with the U.S. State Department.

"At the end of the day, real quality takes time. The first thing I always tell someone is to embrace boredom. That's where the best ideas come from, that silence and waiting." 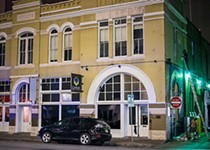