Born in Dallas, he rooted in the Texas state capital beginning in 1965, when the teenager born Roger Kynard Erickson howled "You're Gonna Miss Me" on a 45 rpm single from his garage band the Spades. Last Friday, more than half a century later, he died here in his longtime hometown at the age of 71. The cause of death remains unknown – appropriate for an artist often shrouded in mystery.

Erickson touched off psychedelic rock with the original incarnation of the 13th Floor Elevators (1965-1969), who established a local foothold playing gigs that ranged from UT's West Campus to Congress Avenue, then later founded horror rock with 1975's "Red Temple Prayer (Two Headed Dog)." Few music visionaries cross over the cliffs of sanity and come back in one piece. Neither Pink Floyd leader Syd Barrett, nor Moby Grape co-founder Skip Spence maintained a productive artistic life after their mental breakdowns. Erickson did, and Austin never stopped rooting for him.

Where his LSD use informed the holy blotter of a genre still being born via initial 'Vators LPs The Psychedelic Sounds of the 13th Floor Elevators (1966) and Easter Everywhere (1967), possession of marijuana resulted in the first of multiple forced institutionalizations beginning in 1969 – most infamously several years locked up at the Rusk State Hospital, where doctors administered shock therapy on Erickson, then in his mid-20s. Destabilized afterward, he shifted into graveyard rock, as documented on peerless 1981 collection The Evil One. By the end of the decade, he'd become reclusive and "kept a cacophony of electronic media blaring simultaneously to drown out the voices in his head," wrote friend and Chronicle scribe Margaret Moser.

What was that period like for him? I asked Erickson over a birthday cake I brought him in July 2017.

"It wasn't really a time. It was more of a change of concepts," he explained in his ever-cheery Texas drawl.

During his hardest years, Austin never gave up on Roky, a mash-up of his first two names pronounced "Rocky." Elevators superfan Bill Bentley raised money for him by assembling 1990's mother of all tribute albums, Where the Pyramid Meets the Eye, while former Texas Music Office Director Casey Monahan salvaged Erickson's wreckage of contracts and business affairs with help from Craig Stewart and King Coffey, and the latter's Trance Syndicate label.

His family didn't give up either. 2005 documentary You're Gonna Miss Me chronicles the Ericksons' efforts to bring Roky out of poverty, mismanaged care, and awful mental and physical health. The film navigated complicated dynamics, with legal guardianship of the singer eventually granted to younger brother and tubaist Sumner Erickson, away from his mother, Evelyn Erickson.

"It's just a real strange movie," Roky said of the film. "But I enjoyed it."

Certainly, Evelyn passed down the genetics of her firstborn's voice, capable of monster yawps and tender singing, both pitch-perfect. His mother's stunningly operatic voice can be heard belting "Cantique de Noël" and "Silent Night" on a rare single released by Austin's ACR Kno Bel label.

“My mom always encouraged everybody to sing,” Erickson related in what turned out to be his last published interview.

"My mom always encouraged everybody to sing," Erickson related in what turned out to be his last published interview. "She'd say, 'If you're not going to do anything constructive around the house, the least you could do is sing! Sing a happy song.'"

Refocused by family and friends after a decade of delicate, sometimes shambolic performances, an initially clean-shaven Roky Erickson returned to the public eye for good in 2005. The comeback story played out for the next 14 years. His most productive era, he finally appeared in front of big crowds locally, nationally, and internationally, in collaboration with the Explosives, the Hounds of Baskerville – led by his son, Jegar Erickson – the Black Angels, and Okkervil River, with whom he recorded 2010 LP True Love Cast Out All Evil.

Last fall, Jegar told the Chronicle that the Hounds were prepping to back his father on a new studio album.

During his third act, Erickson still emanated eerie echoes of Buddy Holly and Janis Joplin. Onstage, he remained eternally potent, playing guitar and closing his eyes when he sang. Sometimes he'd miss a lyric, but he'd always recover on the next line – same as he had in life.

In Austin, the man who sang "I Walked With a Zombie" walked among us. Run into him at a Southside H-E-B, which he called "Heebie-Jeebies," and he'd look at you with bright blue eyes and say, "Oh hello," in his short, polite way of speaking that belied a subterranean wit. Amid a lifetime of chatter about his mind, when you finally came in contact with the man, it was obvious he was actually all heart.

"In my life, I live by the adage, 'The choice is up to you,'" he explained when I asked about his performing into his 70s. "That's a good thing, because you want that to be the case. I think [continuing to play music] is up to me."

Mourn Roky Erickson, but allow this comfort: For an artist who sang of demons, ghosts, and vampires, you must suspect that his soul lives on.

On the Cover of The Austin Chronicle 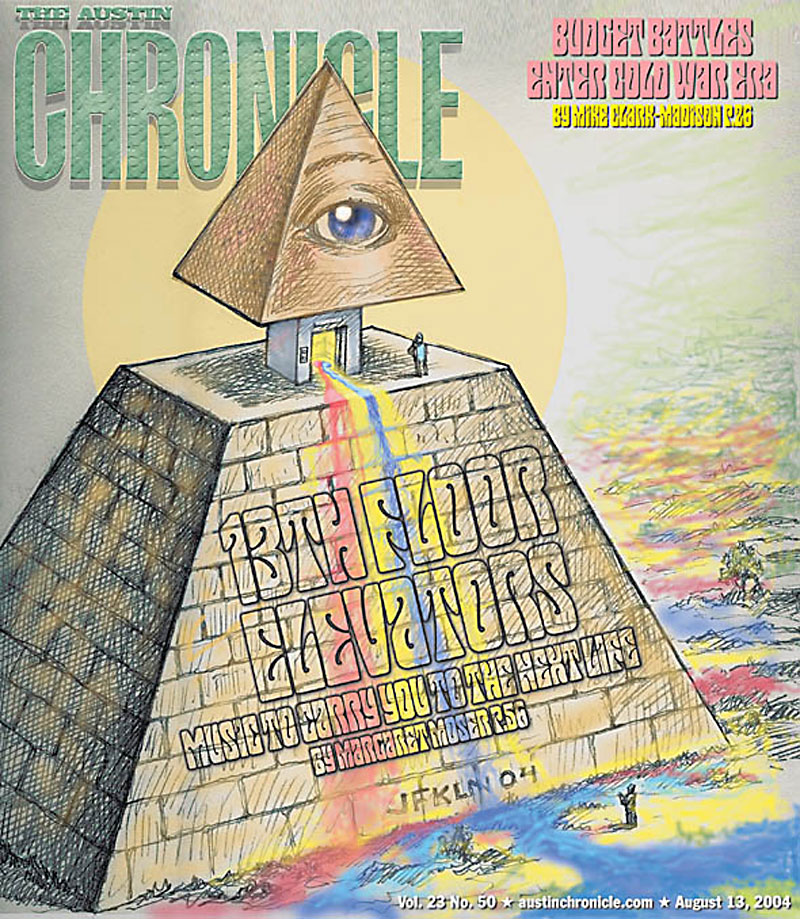 Photo by Will van Overbeek 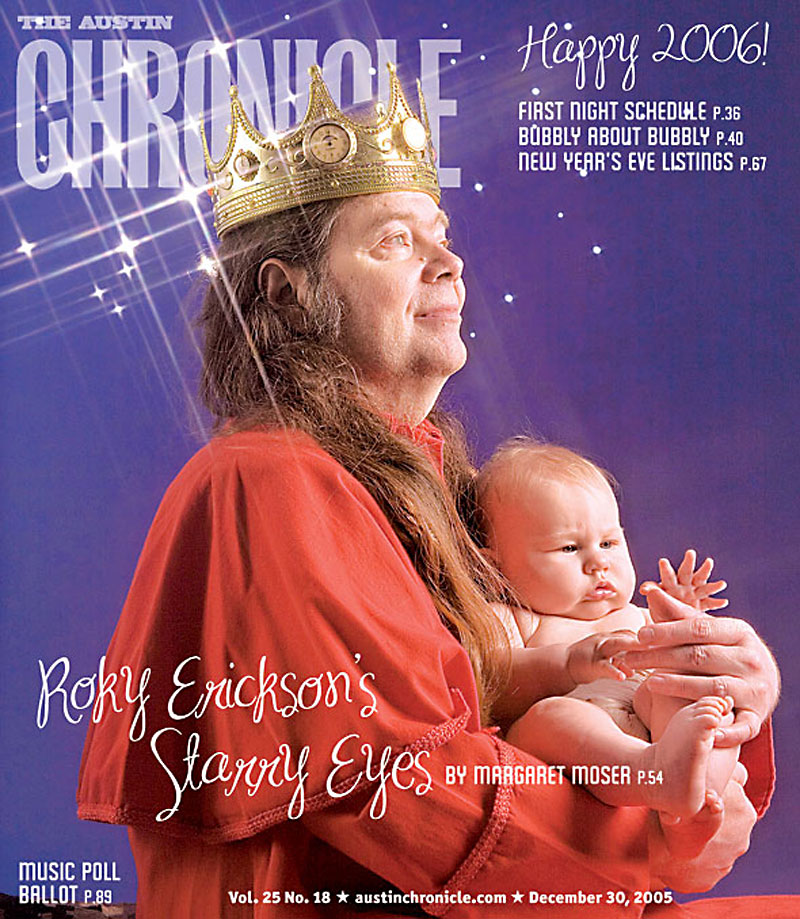 A deep dive into the Chronicle’s extensive Roky Erickson archives can be found at austinchronicle.com/roky.