Handicapping ACL's initial Sabbath plus a handful of locals

11:15am, Tito's stage; weekend one only
Founded by Rev. Gean West as the Seventies dawned, this fiery, Dallas-bred gospel combo deftly combined proto-funk and psychedelia on signature single "Don't Let Me Fail." Rediscovered by crate diggers years later, they reunited in 2009 without missing a musical step. West passed away during the recording of 2016's Goodbye World, but his son Cedric B. West continues the family business with soul-affirming energy. – Greg Beets

12:15pm, Tito's stage; weekend one only
Leading the recent insurgency of Lone Star country funk, the studio conglomerates of the Texas Gentlemen have slapped their slinky grooves behind everyone from Leon Bridges to Paul Cauthen. The North Texas outfit offered up their own platter with last year's debut long-player TX Jelly, an underrated jam on the new Texas sound. – Doug Freeman

2:15pm, Tito's stage
The future of mariachi is two X chromosomes, as proved by this all-female ensemble from NYC. Fusing traditional mariachi with stunning vocal harmonies and an eclectic stylistic mix from jazz to punk and rock & roll, they intersperse genre classics with covers of Nirvana and Bob Dylan. These chicas have the chops and charm to win over any crowd. – Thomas Fawcett

3pm, HomeAway stage
Since brashly bursting on the scene with her 2012 debut EP, Elle King has polished her fierce sound into crossover pop without sacrificing her uncompromising attitude and style. Sophomore LP, Shake the Spirit unloads this fall as follow-up to breakout Love Stuff, the new tunes showcasing a powerful, soul-shaking turn in her post-divorce defiance. – Doug Freeman 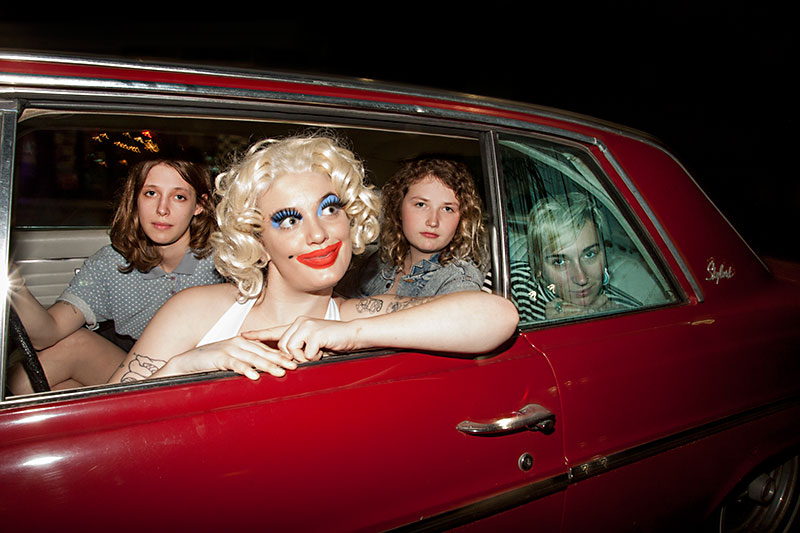 School of Rock
(12:30pm, Austin Kiddie Limits stage) Showcasing the next crop of Austin musicians – before they become jaded and delusional.