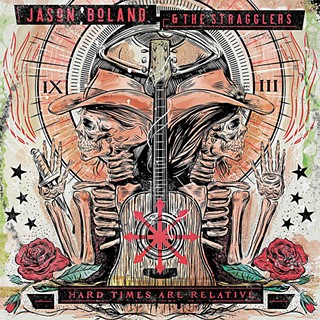 Going on 20 years' activity and nine albums into a glorious if seemingly low-key career, Jason Boland feels more worthy of the Country Music Savior crown many place atop Sturgill Simpson's head. Boland would most likely shrug it off, preferring his own path, including recording a full-on punk rocker, "I Guess It's Alright," on his last LP with his expert trio the Stragglers, Squelch. No downstroked, eighth-note Ramones-isms on Hard Times, but crunchy rocker "Dee Dee OD'd," with its "Three of 'em died of cancer/ and Dee Dee OD'd" chorus, appears in lyrical tribute. Mostly, Boland & the Stragglers lay several flavors of honky-tonk live to tape, living up to the advice Lloyd Maines offered throughout the recording of their 1999 debut, Pearl Snaps: "Be musical – don't hammer through the songs like a garage band all the time." After trailing out with a distorted rock guitar solo on opening dance hall shuffle "I Don't Deserve You," Boland utilizes the folky title track as a reflection on the "dynamic of that other parent you had growing up, having a sibling that took care of a lot of things," as he recently told Billboard. Two songs later, "Searching for You" is the best Ray Price shuffle tracked since mortality robbed The Master's ability to sing "Heartaches by the Number." Closing Van Morrison cover "Bulbs" flashes the album's richest imagery: "Her batteries are corroded/ And her 100-watt bulb is blue." Hard Times is definitively Boland's best work. 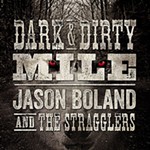 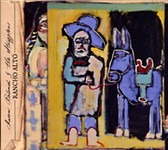