Back Being Blue (Thirty Tigers) 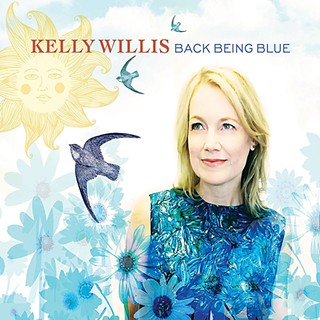 "Hey, modern world, release me," begs Kelly Willis over a rollicking, foot-stomping, honky-tonk backing. Her insistence feels genuine. "Modern World," which braces Back Being Blue, the local's seventh album, laments the hold of contemporary tech, highlighting a dependence on smartphones she couldn't have predicted 11 years ago, when she last released a solo album. For all of her antipathy toward the current state of affairs, Willis' collection of original songs and covers feels effortlessly of the moment. The punchy percussion and blues guitar of the R&B-tinged title track capitalizes on the lilt of soulful throwbacks such as Leon Bridges. The front-porch aesthetic of "Fool's Paradise" sways behind subtle mandolin strum and Willis' steady, sure soprano. Even the Western swing of Skeeter Davis' "I'm a Lover (Not a Fighter)," a genre too often playing out as a period piece, sounds present day with subtle, flattening vocal effects and a no-frills delivery from Willis, never mind the lyrical reference to Cassius Clay. Coalescing a range of styles, Back Being Blue proves this overall tonality more relevant than ever, and three decades in – better than even modern – once again brands Kelly Willis as timeless. 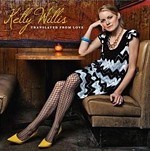