Sitar maestro Indrajit Banerjee, stoned synching Doom Side of the Moon and The Wizard of Oz, and a bigger Breakaway Records 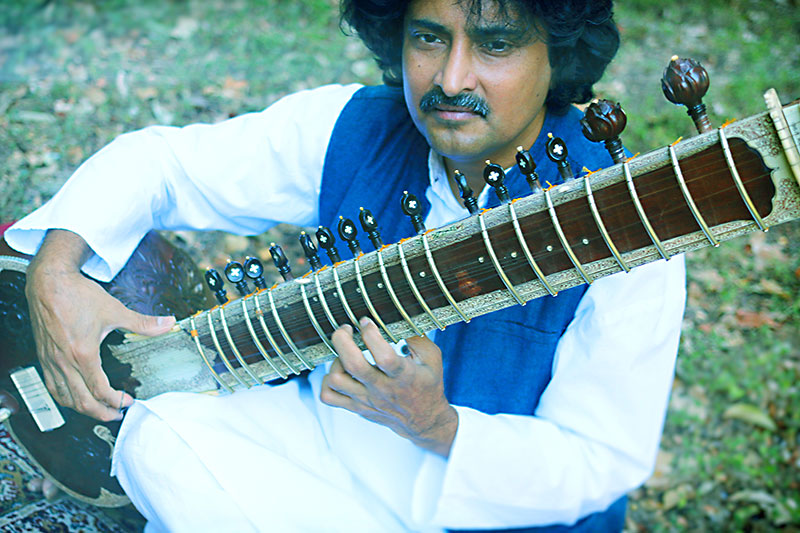 Even in the informal realm of a rehearsal space, Indrajit Banerjee resonates majesty. Unrolling a rectangular rug, he unsheathes a precious sitar, lowers himself to the floor – feet bare, legs crossed, with the long neck of his instrument leaning on his knee – then plucks a droning raga.

His fingers are long and elegant, digits passed down from a family of prodigious musicians in the Bengal region of India. His mother, professional sitarist Manju Banerjee, died when young Indrajit was 6. As an adolescent, the instrument she left behind called to him.

"Her sitar was hanging on the wall and, out of curiosity, I took it down and started playing," the Calcutta native remembers. "Within a month, I was good, because it was in our family. So, I used to play here and there, but when I realized that I should really learn, I went back and studied it thoroughly."

That set off a quarter-century of study, in various styles, at the feet of mentors including his grandfather Bankim Kumar Pal and uncle, Ravi Shankar pupil Kartick Kumar. After acheiving an A-grade certification, he became a global entity, amassing a résumé that includes playing alongside Sting, and moved to – of all places – Austin, Texas.

"Austin is very welcoming," Banerjee says of his decadelong home. "If I wasn't here, I wouldn't have experienced the world in the way I have. I meet so many great musicians and hear their performances. It brings a new dimension in my music and my thinking."

Unbelievably, the wild instrumental action audiences have routinely witnessed him creating with tabla player Gourisankar Karmakar at Levitation and South by Southwest remains a formal classicism.

"Classical music can get exciting," confirms Banerjee, plucking a Hendrix-like flurry of notes to demonstrate. "We have compositions and the rest is improvised, but whether we play slow or fast, it's raga music. It's traditional, but then we say what we want through the interpretation."

Banerjee celebrates said aural purity with Raga Night, the beginning of a potential monthly Hindustani music series, this Friday at the Townsend, doors at 8pm. Joining Austin's sitar maestro will be Aditya Kalyanpur, equally accomplished on his percussive area of expertise, the tabla.

"When you love your instrument, it will give you more than you expect," Banerjee tells me as I inspect the stunning details of his sitar – the rich finish, arched frets perfectly fastened with ribbon, ivory tuning beads shaped like swans. "When I play, I take 100 percent out of it."

The Doom Side of Oz

Ancient tradition dictates firing up a joint and syncing up Pink Floyd's 1973 master opus The Dark Side of the Moon to the 1939 cinema classic The Wizard of Oz. When the MGM lion roars for the third time, press play. 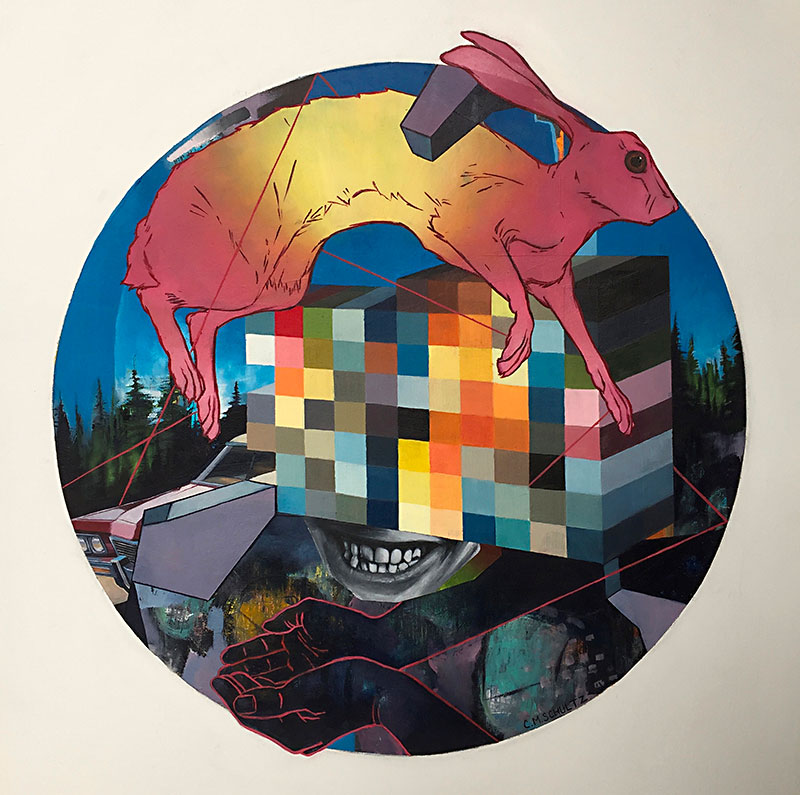 Here's a timeline of trippy connections:

› As the line "dig that hole, forget the sun" occurs in "Breathe," Uncle Henry is shown farming the field.

› In "Time," the line "stay home" happens exactly as Toto escapes from Almira Gulch's bicycle basket and runs back to Dorothy.

› The tornado carries off Dorothy's house in unison with a heavy musical turn in "The Great Gig in the Sky." Later, the reveal that the Wicked Witch of the East has been crushed under the house coincides with the lyric "you ask for a raise."

› The Munchkins come out precisely as "Us and Them" begins, circle up with the line "round and round and round," then when a group of armed Munchkin soldiers arrive, so, too, does the phrase "said the man with the gun."

› In "Brain Damage," "got to keep the loonies on the path" is sung as Dorothy and the Munchkins embark down the Yellow Brick Road.

"I thought this was gonna be a total waste of time. I was in it for the beer and weed," admitted Shutt after our Tuesday night screening. "It was actually really wicked and dark. The lyrics lining up in different ways than the Pink Floyd version was a trip."

You can have your own Doom Side of the Moon experience this Saturday at Emo's. Instead of a Wizard of Oz pairing, the audience gets treated to a full-on laser light show from live-visual mad scientist Bob Mustachio.

While flipping through the "new arrivals" section at Breakaway Records last Thursday, "Playback" witnessed a steady stream of shoppers enter with wide eyes and jaws dropped, uttering exclamations like, "Whoa – this place got bigger!"

The North Loop record shop has undergone a remarkable transformation over the last two weeks, annexing the former fitness studio next door and nearly doubling its store to 2,700 square feet. Gabe Vaughn, who opened the business on East Fifth in 2008 before moving uptown in late 2010, explains that while the expansion ultimately quested for spaciousness – more elbow room, basically – there's definitely more records now.

Harboring exquisite bins of hard-to-find 45s and deep sections of soul and hip-hop, the upsized Breakaway now affords separate buying and selling counters, as well as full expansion of their increasingly popular gear section. Like End of an Ear, their roomful of stereo equipment offers almost box store selection at working-class prices. Vinyl enthusiasts, get thee to Breakaway's new digs and stay tuned for details about their Sept. 2 store-warming party.

Austin megapromoters C3 Presents purchased the Scoot Inn last Friday, July 28. That gives the Live Nation affiliate ownership of the business and lease, but not the property itself. The sale ends a recent identity crisis for the historic Eastside tavern whose former operators, ATX Brands, waffled between music venue, event space, and neighborhood lounge. As such, the Scoot's 1,000-capacity backyard – boasting primo sound and sightlines – had been criminally underutilized in recent months. C3, founders of ACL Fest, has placed concerts at the Scoot for years and now adds a boutique alternative to their exclusively booked venues, Emo's and Stubb's. ATX Brands CEO Doug Guller, founder of breastaurant chain Bikinis, still owns the Parish.