Greatness lies within the grasp of Austin outfit Magna Carda. 2014's Like It Is covered the Rootsian, full live band aspect of hip-hop, production by Dougie Do leaning toward sounds that wouldn't be completely unfamiliar to the jazzy, soulful legacy of the Native Tongues/Soulquarians collectives (Common, Talib Kweli, Mos Def, and Q-Tip). That provided a synced springboard for remarkable MC work from Megz Kelli, who's equally honeycomb sweet and pit viper nasty, third full-length Cirqlation representing a quantum leap forward. Featuring Gianni Bianchini, "The Cycle," sets the scene: a downpour, faint gunfire, police sirens, and a man running. Atop a jazz trio, Kelli asks, "Does that make you feel free?" Equally disorienting, "Southern Ether" seesaws between Southern blues rock and Outkast's ATLien trap, the front femcee asserting her dominance: "Unapologetic with message, I'm your thought-slinger/ Pusherwoman, Queen Tut-kill-'em, so get your offspring up." There are latent radio-ready jams, like Kelli "shooting her shot" at a potential romantic interest on the Jonny Huggins-assisted "Impressions." Bouncy lead single "Angela Bassett" rings a low-key, passive-aggressive battle rap: "Sitting at the top like a toupee/ Who say little miss couldn't be the objet trouvé?" Minimalist "Ykwtii" (You Know What Time It Is) filters a golden era hip-hop bop through stand-up bass and snap. Kelli brag-raps: "I'm '92 wearing my 1995s/ I don't see competition, like I need eyes/ They say, 'You too small to be so vicious'/ I be like, 'Bitch, you think I don't know I need size.'" She comes full circle on the title track, the whole of Cirqlation a concise and mature affair clocking in at under 40 minutes. Recalling Digable Planets and Nineties Organized Noize productions – fused and thrust forward – Magna Carda's pathway to stardom is quickly going from concrete to gold. 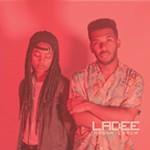