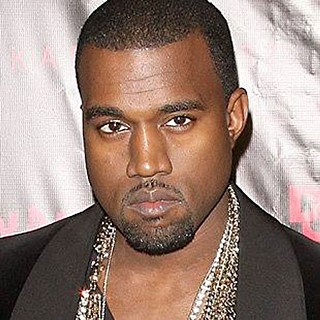 Circuit of the Americas

Kanye West got famous making famous people more famous: "Get By" (Talib Kweli), "The Corner" (Common), "Down and Out" (Cam'ron), Jay Z's Blueprint. You say cocky, they say "Yeezy taught me." He made Nicki Minaj the "Monster," hooked Justin Vernon onto hip-hop.

Dirty South born, Chicago grown, he cut his pearly whites as a producer, giving other MCs shine: Dead Prez, Beanie Sigel, Lil' Kim. Motivator since 2004's The College Dropout, his guidance counseling peaked on 2010 masterpiece My Beautiful Dark Twisted Fantasy: Raekwon, CyHi, Swizz Beatz. That's a has-been, an unknown, and a producer. Parameters? None. He'll makeover whoever he pleases and zero your focus on them because they're working with Kanye West.

Prior to Late Registration graduating him as class valedictorian in 2005, West launched G.O.O.D. Music. The label debuted with John Legend and Common before turning to newer profiles like Consequence, Malik Yusef, and, in 2009, a little-known rapper from Cleveland named Kid Cudi. Nineteen releases later, more than half have charted on Billboard's Top 10.

Late Registration's "Gone" nodded at his G.O.O.D. intentions after an inspirational verse from onetime signee Consequence and an extended string-laden interlude: "I'ma open up a store for aspiring MCs/ Won't sell 'em no dream, but the inspiration is free."