How the Nez Was Won

Michael Nesmith's return to the Monkees 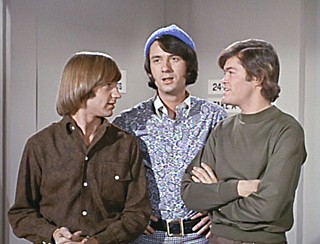 Past present: today's Monkees – Tork, Nesmith, and Dolenz – in their Sixties television heyday

A funny thing happened to the Monkees on their way to being dismissed as prefab bubblegum lightweights: People noticed how good they were.

In the four and a half decades since the foursome's prime time sitcom went off the air, their reputation as musicmakers has transcended the group's origins as actor-musicians recruited to portray an ersatz Beatles on a TV show. Against all odds, the Monkees emerged as a real band, one whose expansive body of work has aged with considerably more grace than those of many of the period's more serious acts.

That's abundantly clear on the Monkees' current tour, which continues Michael Nesmith's return to the band. While bandmates Micky Dolenz, Davy Jones, and Peter Tork periodically reunited to deliver beloved hits, the group's recent performances – which marks a return to touring after Jones' death last February – have struck a deeper, more personal tone, presenting the band's body of work with a level of poignancy and respect that befits the music's quality and influence. The shows emphasize material from 1967's Headquarters and 1968's Head, the best of the albums that the Monkees made after wresting control away from the show biz pros who'd created the act.

Nesmith's longstanding absence from the fold, save for a brief run of UK Monkees shows in 1997, combined with his prolific solo output and career as a home-video pioneer, has led many observers to assume he had little interest in his Monkees past. In truth, the Houston-born entrepreneur has long been an ardent advocate on behalf of the group's catalog, producing the fine 1996 reunion album Justus as well as writing and directing a Monkees TV special the same year.

At 70, Nesmith, who followed the Mon­kees' dozen-show 2012 run with solo tours in the U.S. and UK, seems to be enjoying his return to the live arena. The Monkees' current five-week tour brings Nesmith, Dol­enz, Tork, and their heart-tugging multimedia presentation to the Long Center on July 31.

Austin Chronicle [via email]: You hadn't toured for two decades prior to 2012, yet you really seem to be enjoying the current shows and your interaction with the audiences. Has your attitude towards touring changed?

Michael Nesmith: My attitude may have changed a bit, probably in line with the general notion in these days of the Internet and the new distribution of music. But I started as a writer/performer, and have always kept "performer" as part of that kit. Maybe the concert activity now is more critical and more enjoyable for everyone, since it's a bastion of authenticity. There's nothing else like live performance in all the arts. It's a cultural hearth fire that warms everyone around it, so it's joyous and fun for me. That makes it particularly compelling right now.

AC: Focusing on the depth of the Monkees' catalog rather than just delivering familiar hits has given the shows a deeper emotional resonance. What influenced you to take the shows in that direction, and has there been an element of validation in seeing the Head and Headquarters material received so warmly? 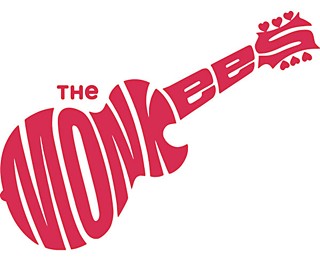 MN: We did think about this carefully. Micky and I had long and detailed talks about the "emotional resonance" of the shows, why we were doing it, and how it should be presented. It was great fun to dig into the Monkees zeitgeist and understand what it meant. We wanted to rise to the fans' expectations, and to do that, we had to think about who they were and what the Monkees mean to them – to travel deep in the mines of the music and find those songs and moments that were savored under the covers or alone.

Along this path, we discovered that the show was really only about them, the audience. The salient point was that the Mon­kees were not about me or Peter or Micky as personalities, but about a larger sense of the times and an appreciation of the attitude and music of the early shows. How it created the present and what it means now to the life and times we're living in.

The shows have been remarkably stimulating and happy-fying. And yes, the validation for it has been almost overwhelming. We all come offstage after a show riding on the high that the audience is on. For me, the greatest show of the evening is the show I see from the stage: watching the audience connect, which I think is the way a great live show should be. So it's most satisfying for all concerned.

AC: You're still known to some degree for being the member who went public about his dissatisfaction with the Monkees' behind-the-scenes situation in the Sixties. Yet you've always shown great affection for the band and its body of work, and maintained a protective attitude towards the group's legacy.

MN: I was sensitive in the TV show days to people who wanted to cynically exploit the show and the music, so I pushed back against that. That push-back was in support of the idea not to denigrate or to destroy it. My appreciation for the show was rooted in my love of the Beatles, and my love for the Sixties pop music and the whole artistic tone of the times. The Monkees were central to that. It was, and is, the television component of a great wave of good and happy and insightful work around the world.

I did not like those whose effort was to co-opt or appropriate that wave for personal gain. The TV show, the music, the concerts were bigger than that, and there was plenty to go around. Since no one knew exactly how this was happening, we were all along for the ride. When someone insisted on driving the bus, I knew they were not to be trusted. There was no bus, no steering wheel.

The Monkees were a product of the times and the people that loved them. The Monkees persist now in the same way all art from that time persists: because it was part of it and a creation of that spirit, not of any one person or one political force.

AC: You've re-embraced live performing at a time when many of your contemporaries are slowing down or retiring. Do you feel like you're entering a musically active period?

MN: I have continued with music and the arts for all my career. My first craft is writing, and wherever I can find the opportunity for that is the most rewarding to me. I actively and daily pursue every idea that leads to higher and better art and living.

As for business endeavors or projects, I have nothing I want to talk about now. But there are many things growing in my garden, and some of the plants are as yet mysterious and unknown to me, which is to say I have no idea what fruit they might yield, so I better keep my mouth shut. But it's a pretty garden with beautiful blossoms. It smells great.

A Midsummer's Night with the Monkees arrives at the Long Center Wednesday, July 31. 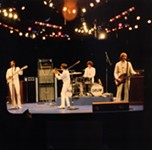