L.A. auteur Stephen "Thundercat" Bruner remains a monster bassist. His fingers are untraceable, negotiating his five-stringer the same way you and I might surf the web. It's an extension of him, and a gift to us all. His music, a futuristic blend of prog, hip-hop, and jazz, isn't meant to be deciphered, either. It's meant to enthrall. He seldom took a break during his Sunday afternoon set, opting for a sharply manicured jam. He dubbed his spacey debut, The Golden Age of Apocalypse, "trippy shit" as impossible notes spun around our brain. If that sounds esoteric, it was, especially considering Thundercat arrived in chainmail, shoulder pads, and some expensive looking kicks. No passerby was left unengaged. He may be a weirdo, but you can have a conversation with his music. As shifty and technically beguiling as the notation got, the crowd always locked down with at least one of the several grooves. We blasted off, leaving no man, woman, or child behind. 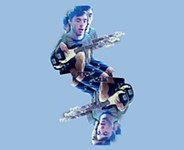 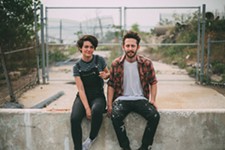