As the Years Go Passing By

Inner Sanctum and the Armadillo, cockle to cockle 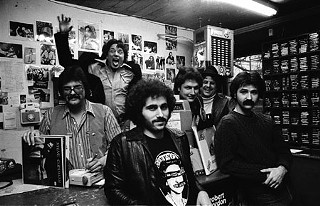 That winter day after John Lennon's murder on Dec. 8, 1980, reflected Austin's mood with gray skies and a chill wind. My day had already been far too long, passed in a cubbyhole in a bookstore on the Drag with a newly Xeroxed poster that read, "Smash It and I'll Build Around It." The whole year felt bleak. The Armadillo World Headquarters had announced its closing at the end of the year, and Austin's punk emporium Raul's had already ceased (for the first time, anyway). At this darkening dawn of the Reagan era, the bookstore closed for the day and I stepped out onto the sidewalk.

Around the corner, on 24th Street, there was sanctuary. Through the panes of glass on the Inner Sanctum Records door, lights glowed. I twisted the cold metal knob, the wood groaned past the sticky frame, and the door creaked open.

The store was empty but for owner Joe Bry­son, who was pricing a stack of vinyl albums below walls crammed with Armadillo posters, promo photos, and other music ephemera. He looked up as the door fussed shut. Without a word, he pushed the stack of records aside and reached for John Lennon's 1975 covers LP, Rock 'n' Roll. He slid the record on the turntable and set the needle in the groove.

Turning around, he held open his arms, and as the words of Ben E. King's "Stand by Me" broke the silence of a freshly fallen rock hero lifted into the failing twilight, we danced slowly.

When the night has come and the land is dark

And the moon is the only light we see

No, I won't be afraid

No, I won't be afraid

Just as long as you stand

Is it something in the waters flowing through Travis County that predisposes this town toward such celebration of itself? Or is it just the round number summer of 2010 that lends itself to ruminations of 1970?

Inner Sanctum Records opened three weeks after the Armadillo World Headquarters made its vaunted debut that first week of August 1970, Austin synergy at its counterculture best. And in those much smaller world times, the domino effect was infinitely more compact. You went to see the headliner at the Armadillo because you had the record you bought at Inner Sanctum. If you liked the opening act, you went back to Inner Sanctum and bought their album, and that's where you saw a poster for the next show you wanted to see at the Armadillo and bought your tickets right then and there. It's the exact same template for buying music at Waterloo Records today and picking up tickets for a show while you're at it.

When Inner Sanctum expanded with a classical music annex, the Armadillo built a beer garden. By giving the expanding community what it wanted, youthful entrepreneurs such as Eddie Wilson and Spencer Perskin at the Armadillo and Inner Sanctum's Bryson helped set in motion the cooperative nature that makes Austin what it is now. 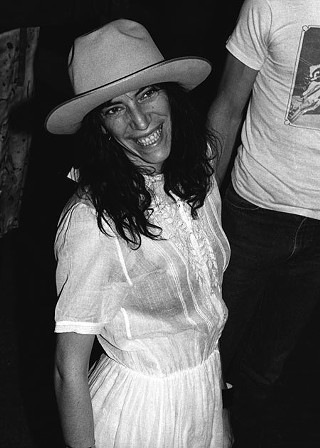 Inner Sanctum prided itself in cultivating local music in a way that first distinguished small and indie record stores. It catered to the customers, even implementing a record rental program that caused the major labels to choke and squawk until it was stopped.

That Inner Sanctum and the Armadillo fostered progressive country and punk remains a touchstone of local music culture. Less discussed is the Armadillo's role in progressive jazz, the endless stream of singer-songwriters, and progressive country's city cousin, Southern rock. The Armadillo was particularly suited to bands of this emerging genre, as it had already guested the English and European hard rock bands of the era, all of them bursting with sweaty testosterone and we-go-to-11 swagger. Acts like Lynyrd Skynyrd were just hitting their stride as performers, releasing albums now consigned to classic rock stations, and the 'Dillo was often the last stop before through-the-roof stardom.

Inner Sanctum and the Armadillo didn't exist in a vacuum, either – they were communities within communities. By 1974, you shopped at Oat Willie's and Woody Hills Co-op, listened to KRMH and KOKE, read The Rag, ate at La Tapatia on the Eastside, Les Amis, or Cafe Camille before it became Kerbey Lane. You got ice cream at Nothing Strikes Back, chicken-fried steaks at Hill's Cafe, and steaks at Night Hawk. Anything south of Ben White or north of U.S. 183 was no-man's-land. You could still go to the drive-in.

On a sticky May night the week after my 20th birthday in 1974, Wet Willie played the Armadillo, riding high on the charms of "Keep on Smilin'." Life was bad and getting worse, but rock & roll understood. Lead singer Jimmy Hall sported a head full of Robert Plant Greek-god curls and stalked the front of the stage in bell-bottoms as they pleased the beer-buzzed crowd with the bluesy hit. The music stopped as Hall hit the song's climax, foot stomping to keep time:

You're just hanging out in the local bar

And you're wondering who the hell you are

Are you a bum or are you a star?

Flow on with the changes, 'til the sun comes out again

Fast-forward the cassette player five years to 1979 and a new musical landscape. At the 'Dillo, things looked the same, but the bands were younger and hipper. Despite the venue's best efforts, bankruptcy and a change of management didn't make it viable much longer. On Dec. 31, 1980, the Armadillo opened its doors for the last time for a blowout with Asleep at the Wheel headlining.

Inner Sanctum thrived. Its competition included Zebra Records on Lavaca, notable for scoring an in-store with Patti Smith, who then sashayed down to Dressed to Kill and bought the white dress she wore on the cover of Wave. Inner Sanctum held its indie ground, the classical store long gone and release parties – local and national – all the rage.

Walking into Inner Sanctum in those early punk days was like High Fidelity on biker speed. No one – no one – knew more in those pre-Internet days about the burgeoning sound from across the Atlantic than those platter-pushers, and they let you know it.

True, the clerks at Inner Sanctum had always been an inordinately knowledgeable group. Like the Armadillo crew, they were participants in the scene. This wasn't a job. This was the lifestyle. They managed bands, played in bands, advised bands, and – most significantly – were voices on the radio championing music from beyond the pale or across state lines. 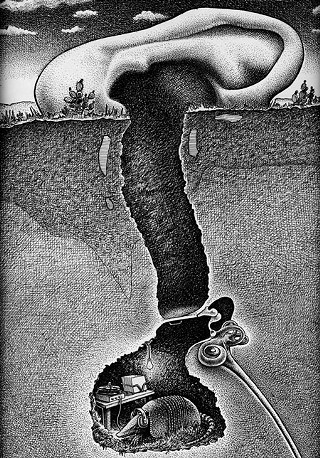 Two young men wandered around Inner Sanctum one day flipping through the record bins, extolling the virtues of "Layla" as the world's greatest guitar song and their own knowledge of blues. Slyly, one of the clerks slipped on Albert King's "As the Years Go Passing By" and said not a word as the two jabbered away over the very riff Eric Clapton lifted for "Layla."

Inner Sanctum thrived as a popular record store of note after Joe Bryson sold it in 1984, trading the music biz for the real estate license he operates with today. (That's Condo Joe to perusers of the Chronicle's real estate section.) Besides, a store called Waterloo Records had opened on South Lamar. Eddie Wilson, meanwhile, opened the Raw Deal restaurants, then started his Threadgill's empire, where Armadillo memorabilia is enshrined Down­town – mere blocks from where the Armadillo stood – while the north hub, Old No. 1, serves as part safe haven for local singer-songwriters and part institutional memory of Austin past.

Inner Sanctum and the Armadillo also stamped an indelible legacy of art to Austin. The venue's subculture of poster art is alive and well at places such as the South Austin Popular Culture Center, yet Inner Sanctum posters found their way on as many walls as Armadillo ones. Inner Sanctum's famous logo featured Jim Franklin's scrappy armadillo buried deep in the cockles of an ear to the ground. The image remains so iconic, so timeless. So Austin. 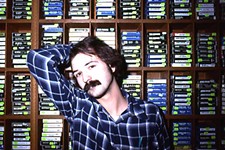 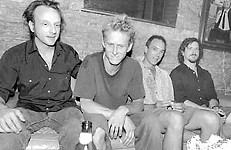 The Greatest Gift
When Scratch Acid scorched the earth, an oral history