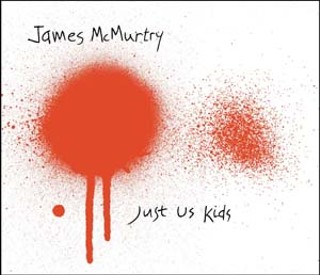 
James McMurtry continues to count himself among the growing number of Texans not ready to make nice with the Bush administration, which ought to come as no surprise to those who have been paying attention. The veteran Austin singer-songwriter's original "God Bless America," with McMurtry snarling about the GOP and gasoline, has nothing to do with Irving Berlin's patriotic paean, while the blatantly political single "Cheney's Toy" doesn't require much exegesis at all. "You're the man that they're all afraid of," growl the seriously strident lyrics, addressed to President Bush, "but you're only Cheney's toy." For all his roots-rock bombast – his regular band, the Heartless Bastards, enjoys rousing assistance from Ian McLagan on keyboards, guitar from Jon Dee Graham, and harmonica from Pat MacDonald of Timbuk 3 fame – McMurtry doesn't simply pack Just Us Kids with protest songs. That's good, because if his baritone is an acquired taste, McMurtry still deserves wider recognition for his turns of phrase. Katrina-inspired lament "Hurricane Party" (complete with muted trumpet) features a narrator who sits at the end of the world, reflecting on past romances, wondering whether he should look for his "old striped cat." In such stories, McMurtry locates again and again an element of humanity that saves his angriest screeds from easy pigeonholing. Politics may be personal for some, but McMurtry is the rare breed of musician who at his best finds ways to blur the difference, effectively and affectingly. (CD release: Wednesday & Thursday, April 15 & 16, at the Continental Club.)