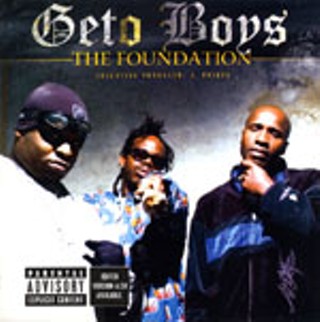 What better way to kick off a Geto Boys reunion than having Bushwick Bill state matter-of-factly, "Give me a muthafuckin' Henny shottie and a bump of PCP, I'll kill anybody." Nearly a decade has passed since Bill, Scarface, and Willie D cut an album, yet the 5th Ward Houstonians are still up to their old tricks. On "Dirty Bitch," when Bill asks, "How could the one who stole my heart make me reach for my knife," the world responds, "Hello?!" When Scarface isn't proving himself one of the most visual MCs to have ever rhymed, he's intent to "cook it up in mama's kitchen, let my kinfolks serve" by way of his slick production on "Yes, Yes, Y'all" and "Real Nigga Shit." Willie D, who's spent recent years flipping real estate deals in Azerbaijan, returns with the coldest quips anywhere, including "looking mean ain't never killed a muthafucka" and "you can't take your ego to the bank and cash it." While The Foundation sways back and forth between updated heat ("When It Gets Gangsta" featuring Z-Ro) and stale leftovers ("We Boogie"), its finer moments long for a more controversial, in-your-gut brand of hip-hop than that currently being churned out by today's breed of placated, corporate spokesmen.