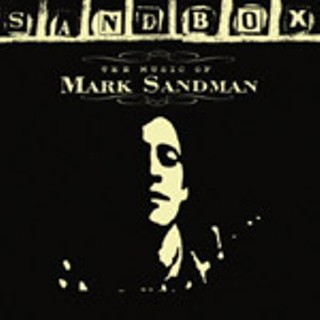 Most people remember Mark Sandman from his days with low-rock band Morphine, although he was also a major part of Eighties blues roots rockers Treat Her Right. When Sandman died in 1999 of a heart attack while onstage in Rome at the age of 46, he left a huge hole in the heart of his hometown Boston music scene that was felt worldwide. The 2-CD/DVD Sandbox isn't a "greatest hits," but rather a travelogue through Sandman's musical vision. Compiled by his Morphine bandmates Dana Colley and Billy Conway, all 31 previously unreleased tracks are connected by his smooth baritone. It's a voice that was adaptable to luscious cocktail jazz, beat noir rambles, country rock, and raw blues, and Sandbox does a marvelous job of spotlighting his many sides. Besides tracks recorded with Morphine and Treat Her Right, the set includes his work with lesser-known groups like the Pale Brothers, which included well-known Boston based mandolin player Jimmy Ryan, and Sandman's solo work as well. Not everything is memorable, but "Mona's Sister" and "Some Other Dog" stand out as typically shadowy blues from Treat Her Right, along with the anthemic country of the Pale Brothers' "Patience," Morphine's driving "Tomorrow," and the solo and somber "Imaginary Song." Fans of any Sandman project are sure to find this collection a treasure trove, while the uninitiated will be enthralled at his multifaceted talent. The DVD collects performances at a variety of Boston clubs, some special moments offstage – including a bit that features him walking in Austin – and a section on Sandman's artwork.