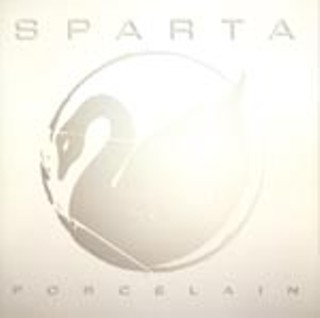 Porcelain (Geffen) Earlier this year, Sparta – three-fifths of El Paso's At the Drive-In – changed its logo from an abstract symbol to a swan. Has the ugly duckling become a beautiful creature of grace and impeccability? Has Jim Ward emerged from the shadow of ATDI belter Cedric Bixler, now fronting proggy Mars Volta? Well, no. And Sparta's sophomore release, Porcelain, ain't so perfect. The Wiretap Scars left after ATDI's premature breakup left fans hoping Sparta would continue with ragged edges and complicated time changes, but instead, they've become a white fowl. Porcelain's angry opener "Guns of Memorial Park" sets the stage for a shoot-out, but as soon as "Hiss the Villain" bears its teeth, it's clear the fire has left Ward's belly. "Breaking the Broken" is an apt description, Ward opining, "Well, I can't explain how we made it this far." You said it, brother. Paul Hinojos' staccato picking and strumming dominate the album with chicken pecking, while the emotive "Lines in Sand" finds Ward delving into Dashboard Confessional lyrics. Bless the man who isn't afraid to wear his heart on his sleeve, but damn the one who uses superglue to secure it. Closing with "Splinters," Porcelain has shattered. Mars Volta, keep that orbit.