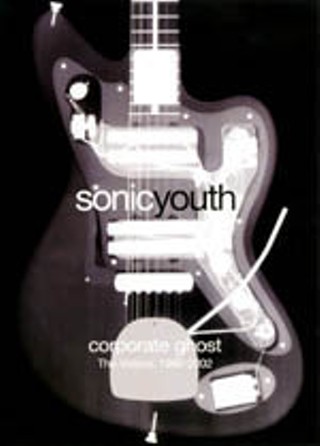 Welcome to the sonic nursing home for eternal youth. It's not like any old folks home you'll find. The Youth's umpteenth Geffen LP after umpteen indie releases finds the NYC institution knocking on 50's door with a battering ram. Two years after Murray Street, a full-shredding return to form, Sonic Nurse tunes things a half-step further. Every song but one falls fully developed in the five- to seven-minute ballpark, brimming with enough dissonant wizardry, smart vocal imagery, and tonal shades of rock to fly the freak flag like no aging rockers ever have. It's hard to pinpoint a definitive Nurse moment, but the midsection shines brightest. "Dripping Dream" and "Stones" are epics that nestle Thurston Moore's calm vocal meditations in layered architecture that rises, falls, and rages like the Led Zeppelin homage the band joked Nurse was destined to be. Kim Gordon's "Mariah Carey and the Arthur Doyle Hand Cream" nearly lives up to its title, taking her husky, explosive ground zero into myriad directions, thanks to Jim O'Rourke's extra firepower. Gordon's "Dude Ranch Nurse" is redolent of the overcast Goo and Daydream Nation vibe. Along with Sonic Nurse, the Youth have unearthed Corporate Ghost, the group's DVD debut compiling their Geffen-era (1990 and later) videos. Included among the nearly 30 clips are the compellingly shoestring Goo videos, interviews and commentary with a number of associates, and glimpses of indie-flick darlings getting their first breaks (Chloë Sevigny in "Sugar Kane," Jason Lee and Spike Jonze in "100%"). The band's full audio commentary is a real score. The Youths are always articulate, insightful, and tongue-in-cheek, and the commentary tracks work better with the music vids than they do on regular DVDs – think Beavis and Butt-head gone highbrow. Summer recipe of the week: Blast down the highway with Nurse, cool off with the Ghost.