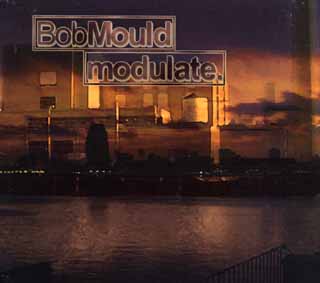 Long Playing Grooves (Granary) If you haven't been paying attention to Bob Mould's career, the opening songs on Modulate will likely drop your jaw -- and that's not necessarily a compliment. Longtime fans will be disappointed to find few signs of the distorted guitar sounds and strangled, angst-ridden lyrics that made Mould's previous bands Hüsker Dü and Sugar guiding lights for independent-minded, flannel-wearing punks everywhere. In place of familiar touches, Modulate conjures a wash of electronic sounds and synthetic vocals that owe more to Daft Punk and Madonna than his SST heyday. But lend the man an ear, because Mould is no ambient dilettante. As the guitar-driven "Slay/Sway" kicks in with its punk-rock kiss off, "And then I'm stuck in a room, the Sex Pistols begin to play -- it was terribly lame in a predictable way," Mould demonstrates that he may yet find a way to align his Midwestern godfather-of-grunge past and NYC club-hopping present. Even so, Modulate has its share of dogs; tepid opener "180 Rain" and cheesy "Quasar" could've been left off here with no net loss. When Mould lets the guitars ring through the layers of keyboards and drum machines, as on the romantic lament "Come on Strong," however, minions will find their faith restored. This makes it doubly ironic that the tracks Mould lays down on his Long Playing Grooves, recorded under the LoudBomb alias, have the cache they do. Whereas Modulate relies on computer-generated synthesizer riffs and comes across as a half-assed experiment, LPG, mastered locally by Jim Wilson at Yes Mastering, makes a convincing case that this character LoudBomb has earned his spot in clubland. By eschewing guitars entirely and altering his voice beyond recognition, Mould clearly intends the pseudonymous release as more transformation than modulation. What's surprising is not how well the disc works, per se, but the realization that Mould may be telling us in his own way that punk is dead, really. (Bob Mould plays La Zona Rosa Tuesday, May 7.)