Austin's Newest Label Rises From the Ashes of Antone's and Watermelon 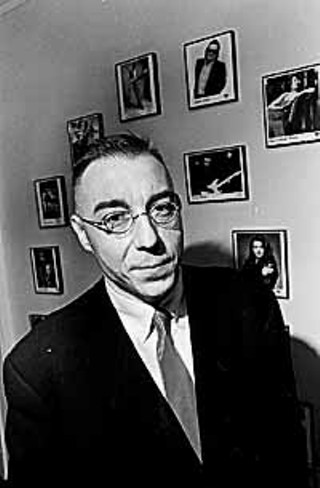 A press release dated August 7, 2000, caused a bit of a stir in the Austin music scene. It announced the "launch" of the Texas Music Group, a new, local record label with distribution by boutique indie label Rykodisc. The announcement trumpeted a company building "on the success of Austin's two most prominent indie labels of the Nineties -- Antone's Records and Watermelon Records -- to create a new, dynamic, and multi-faceted record company." There was more.

"Texas Music Group boasts three distinct labels under its umbrella: the award-winning Antone's Records, one of America's leading blues labels; Lone Star Records, a label devoted to exposing the best roots country acts and singer-songwriters from Texas and elsewhere; and Tres Mojitos Records, a new label that will mine the rich musical heritage of Cuba as well as showcase the finest Cuban music being made today." Then came the punch line.

"Texas Music Group is headed by CEO Randolph Clendenen with Label Group Manager Heinz Geissler and international head Eddie Stout. All are based at the Group's Austin headquarters."

It was the name in the middle that raised a few eyebrows -- Heinz Geissler -- former president of the now bankrupt Watermelon Records. Seeing as the once-dominant local indie has still not settled its debts and is currently working out ownership of much of its back catalog, the announcement could be viewed as either a validation of Geissler's music business knowledge -- a deserved second chance -- or a senseless move that would surely alienate a large part of the music community, in Austin and beyond, against the fledgling label group. Not surprisingly, a number of local musicians took the latter stance, a member of one of the bands that was signed to Watermelon telling this reporter, "I love the record business. Where else can you run a ship aground and then get asked to captain the Love Boat?"

When Clifford Antone decided to start a record label in 1987, it was to give exposure to the legendary performances that had taken place at Antone's nightclub over the better part of two decades. The label quickly grew into one of the best domestic blues labels, releasing music from such artists as Doug Sahm, Angela Strehli, James Cotton, Lou Ann Barton, and Omar & the Howlers. Over time, the roster expanded to include such local luminaries as Toni Price, Sue Foley, Lavelle White, Doyle Bramhall, and Kim Wilson. As with most independent business ventures, the first five years are the hardest, and Antone's barely made it out of the woods before their troubles began.

In the mid-Nineties, financial difficulties struck and a distribution deal with the major-label-associated Discovery Records provided less than desirable results. Since that time, releases have been sporadic and Antone's has more or less lost its standing as an important blues label. The recent announcement of the new Texas Music Group, then, can be seen as an attempt to revitalize not only the Antone's label, but Watermelon Records (albeit under a new name) as well.

For its part, Watermelon was founded two years after Antone's start-up, in 1989, when singer-songwriter Robert Earl Keen, Waterloo Records owner John Kunz, and Geissler, an exporter of rock & roll books, released the Austin Lounge Lizards' Highway Cafe of the Damned. Keen sold his share of the label to a silent partner in 1991, and from that point on, until the label declared bankruptcy on the last day of 1998, the local indie released an average of 10-15 albums a year, including the cream of local talent: Alejandro Escovedo, Tish Hinojosa, Don Walser, Monte Warden, Santiago Jimenez Jr., the Derailers, and many more.

Given the bankruptcy of Watermelon Records and the fact that the case remains in litigation, it should come as no surprise that only one musician associated with the label would go on record with their feelings on the appointment of Geissler to this new position. Taking into account that the local music community is relatively small and these people need to work with each other no matter what they say behind each other's backs also ensures a certain amount of silence. It is fair to say, however, that the man is not liked in some circles. Others, such as Nancy Fly, who manages Don Walser, acknowledge a debt to Geissler.

"I'm sure that Don would agree," says Fly, "that no one worked harder to further the career of Don Walser than Heinz did."

To Geissler's credit, he was willing to speak to the Chronicle for this story, but only in the presence of his lawyer, David Ward. In person, Geissler appears contrite and puts forth the idea that he's continuing to work for the good of the artists. Some don't see it that way, pointing to an advance from Sire that was intended for artist royalties but was allegedly used to keep Watermelon afloat. Geissler asserts that money was an advance for business expenses when Watermelon switched distributors, but admits that overall, the agreement to work with Sire was a mistake.

"What got us into trouble was that Sire took 12 months after the distribution deal started to give us our first accounting statement," he explains. "Until we saw that, we operating in the dark. We had no idea how bad it was. When we saw that statement, it was unbelievable. They weren't selling our stuff. They were the totally wrong distributor for Watermelon.

"I never had any intentions to hurt anybody. Unfortunately, contrary to what anyone else says or thinks, I took the biggest hit. I've been trying to get the best [reorganization] plan done and if I hadn't been trying to do this, we would have had a plan down a year ago. I love the music, and in business this kind of thing happens."

The intricacies of the Watermelon bankruptcy are complex and are not for the faint of heart [see "Going For Broke," June 18, 1999]. They involve a multitude of creditors and a major label that doesn't seem to be able to account for record sales. After two years of reorganization plans and three separate parties seeking to purchase Watermelon assets, an end to the proceedings seems to be in sight. Yet with so many people looking to be satisfied, it's conceivable that two more years will be necessary to sort things out.

According to Wade, it now appears that an organization known as Texas Clef, a major investor in Antone's Record label, will get to present their plan for Watermelon's reorganization unopposed and will then claim all of the label's available assets. What this means is that eventually whatever remains of the Watermelon catalog will be released on the Lone Star label and that Geissler will once again have control over the albums he originally masterminded. Needless to say, a number of local musicians once associated with Watermelon won't be happy if this happens, Geissler's track record with the local indie being the obvious point of contention.

Local attorney Cindi Lazzari represents many artists that were associated with Watermelon Records, including the Gourds, the Asylum Street Spankers, Iain Matthews, Monte Warden, High Noon, and others. She's been a thorn in the side of Geissler and Ward and a shrewd ally for her clients. Her main requirement is that all accounting be done so it can be determined how much her artists are owed in royalties. She claims she's been asking for such a statement for quite a long time, but Watermelon has been slow to respond. Even though the label has had a recent accounting statement from Sire Records, their distributor before its bankruptcy, no accounting relating to Lazzari's clients or any artist on Watermelon for that matter has commenced. Nor is one imminent because the accounting documents were returned to Sire, at their request, without any analysis from any of the parties involved.

TMG has announced an ambitious release schedule. For starters, a new album from Beaumont blueswoman Barbara Lynn, a live album from blues pianist Pinetop Perkins, and an anthology of previously released tracks from the Antone's vaults chosen by label figurehead Clifford Antone were released in August. While Lynn's album has received strong notices, as has Cliff's Picks, some have labeled the Perkins' CD DOA; several insiders have commented on the sensibility of such a release, with at least three other Perkins' live discs currently available on other labels. Two albums from Johnny Bush have just hit the street, along with a new release from Guy Forsyth (see "Texas Platters"), and a reissue of Damon Bramblett's previously self-released debut. October will reportedly see the release of albums from Lazy Lester, Sue Foley, and Toni Price.

Already, the new label has begun ruffling some feathers, however. Foley is allegedly disgruntled by the planned release of outtakes from previous sessions recorded for Antone's. Foley, who now records for Shanachie Records and has a new CD in stores currently, apparently does not appreciate the idea of two collections being released so close together. Antone's has reportedly agreed to delay their release until after the beginning of next year, though a recent release schedule shows the Foley set due in October. A possible dispute over the label name, Lone Star, has also been avoided by an agreement with Willie Nelson. Fans of Texas music will recall that Nelson had a label with the moniker in the Seventies that released albums by Ray Wylie Hubbard, Steven Fromholz, and the Geezinslaws, among others.

For his part, TMG CEO Randy Clendenen, who worked as a producer of documentaries and small-budget films for Cinestar before becoming a consultant to the Antone's label in 1995 and signing on full time in 1997, says Texas Clef was put together solely to purchase the remains of Watermelon. Combining the two catalogs, he says, with label manager Geissler working in all facets if the business, including the A&R side of TMG -- a capacity in which most of those interviewed for this story acknowledged was the former Watermelon head's strong suit -- the two local labels will be greater than the sum of their parts.

"We're trying to fortify Antone's as a label," says Clendenen, "building on its name recognition to return to it the reputation it had in the early Nineties."