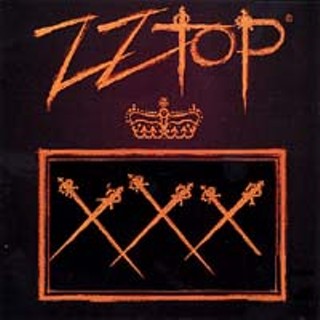 Thirty long years after this little ol' three-headed beast sprang from the Houston topsoil (hence the beer 'n' sex soaked album title, according to one Billy F. Gibbons), ZZ Top is still the meanest, grittiest, most lowdown critter this state's hard soil has produced. Couldn't get rid of it if you tried. Kinda scrawny by now, not much left more than some long gray hairs and a pair of cheap sunglasses. Sucker's a hard-shelled sumbitch, though -- cain't kill it. Mean cuss. Especially here. In typical fashion, XXX rips and claws and tears and shreads, gnashing a good deal fiercer than the trio's last couple of attempts. This is the 1999 model: millennium blues -- slick, steely, modern. Get Billy, Dusty, and Frank booted up, and they know what to do. Three decades worth of guitar, drum, and bass, plus state-of-the-Matrix technology, go a long way at the end of the century. Process it, and voila, a Texas platter made out of titanium. Of course, not much sticks to it; "Poke Chop Sandwich" is tastiest as the first course, but "Crucifixx-A-Flatt" is sacred only for its title, and of the eight new studio tracks on XXX, only an "homage to their Walkmans," the pulsing, frenetic "Beatbox," makes one pause to peruse the set list. Four live tracks, three of them new songs, flow seamlessless out of the studio cuts; "Sinpusher," further corrupting the already-nasty "Pincussion," Dusty pulling a Muddy Waters on "(Let Me Be Your) Teddy Bear," the Jeff Beckian drilling of "Hey Mr. Millionaire," and the closing crank case jam, "Belt Buckle." Anything approaching "Tube Snake Boogie" or "Got Me Under Pressure"? Not within 100 miles. Like bandstanding at the stockcar races, though, you don't go to see who wins. You go to smell gasoline burning.