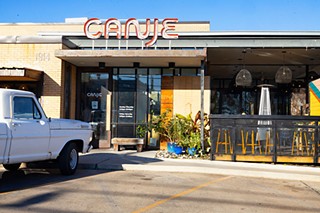 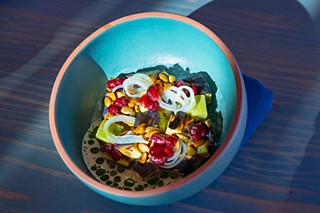 Named after the national bird of Guyana, Canje is the passion project of chef Tavel Bristol-Joseph, co-owner and executive pastry chef of Emmer & Rye. Canje features Caribbean cuisine anchored by Bristol-Joseph's native Guyana and spanning flavors and traditions from Puerto Rico to Jamaica. 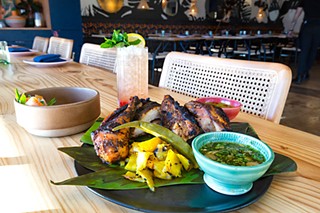 Caribbean food flies under the radar in Austin, even though Cuba, Jamaica, Trinidad and Tobago, and Puerto Rico are all represented in Austin's restaurants and food trucks. Some might conflate all Caribbean food with the peppery-hot profiles of Jamaica, but there's more nuance in the palette of spices: allspice, cinnamon, ginger, nutmeg, paprika. Alongside native ingredients like plantain, guava, and cassava are the vestiges of colonialism and slavery, like curry, okra, and pigeon peas. All these ingredients are represented at Canje. 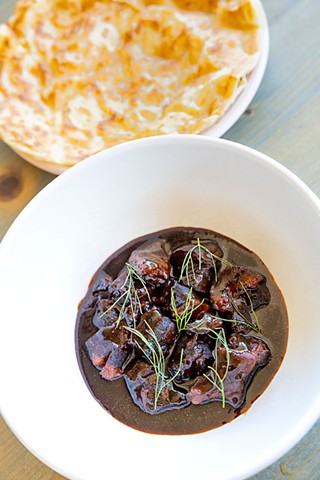 The food menu at Canje is divided into four sections: Wah Gwaan, Suppa, Tryating, and Likkle Muore. Before ordering, waitstaff advise guests that the meals are served sharing-style and suggest a quantity of plates from the first three categories based on the number of people at table. When we were a party of two, our server suggested four to five plates; a party of five, 10 to 12 plates (which ended up being too many). Diners are also meant to order all their savory dishes up front so that the staff can plan the coursing accordingly. 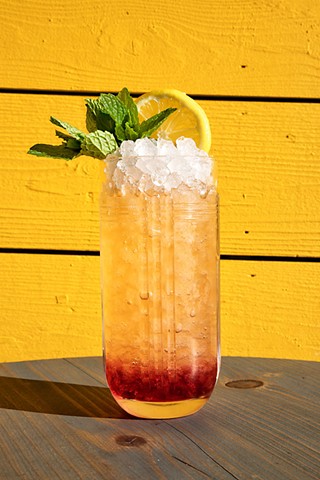 The menu changes regularly, and I regret having missed out on the roasted okra, as it rotated off-menu between my visits. From the Wah Gwaan appetizer section, we ordered the bacalaíto fritters and grilled avocado escabeche. The salted cod fritters were fine on their own but brightened up significantly by the surprisingly spicy Cuban-inspired mojo rojo sauce. We particularly loved the escabeche, which thrilled with a smoky, spicy flavor; the contrast of textures between the silky avocado and crunchy-tart pomegranate arils and pumpkin seeds made this a standout dish. 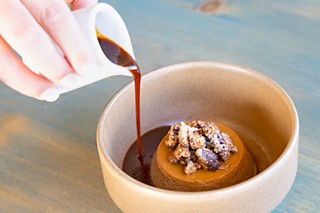 Among our selections from the Suppa menu were the curry wagyu beef, the wild boar pepper pot, and the jerk chicken. From Tryating, we ordered the Guyanese style roti to accompany the curry and the pepper pot and the Carolina Gold rice and black-eyed peas with the jerk chicken. The curry was, essentially, an elevated (and tasty) beef stew, but we were puzzled by the choice to use wagyu for this purpose. The boar, sourced in Pflugerville, played second fiddle to its spectacular sauce, a savory brown sugar-cinnamon mole. Bristol-Joseph's uncle starts the cassareep (cassava root reduction) for this dish in Guyana; it is then transported to Austin for its final preparation. The rich, buttery roti – basically, a laminated flatbread – was the perfect tool to sop up the luscious sauces from both entrees. The jerk chicken was easily the spiciest dish we ate at Canje, and the nutty rice and peas tempered the heat beautifully. 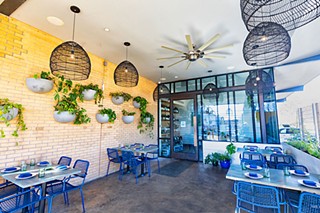 Our two favorite desserts from the Likkle Muore menu were the tres leches cake and the dark chocolate flan. The cake was light and feathery without being soggy, topped with a layer of tart guava paste and an airy white chocolate-studded cream, giving the dish a Key lime pie effect. The dark chocolate flan was firm and borderline savory, anchored by cassareep syrup and lightened by pink pineapple and crunchy pecans. It was a confident and sophisticated version of a dessert that too often is cloying and squishy.

Canje has a respectable wine list and, to the dismay of my beer-loving partner, a very small beer list. Because the cocktail menu gets prime placement on the front side of the menu, my companions and I focused on those. One friend ordered the Bacchanal, a powerful gin-based concoction she predicted would result in a difficult morning the next day. Another friend described it as having a distinct butterscotch browned-butter taste. The vodka-based Island Hopping, according to a companion, tasted "like vacation" but had too much ice. I loved my Tamarind Sour; it was like a boozy Sour Patch Kid that made my eyebrows twitch involuntarily. I couldn't get enough of it.

On our first visit to Canje in mid-December, Omicron had arrived in Austin. We dined indoors, and there wasn't an empty table in the dining room. We were 2 feet away from other parties on all sides, and our unmasked server stood between tables to take orders. The whole experience felt like marinating in a COVID crockpot. On our next visit, I insisted on sitting on the patio, especially since Austin had just gone to Stage 5. On this visit, all the floor staff were wearing masks, which set our minds more at ease.

The patio is eminently Instagrammable, with pothos and Monstera ivies trailing out of mounted planters on the wall, and a brightly painted graphic mural. Even on a 45-degree evening, we felt safe and comfortable, and able to focus on enjoying the meal and the company rather than worrying about COVID (much).

Canje offers diners the opportunity to sample from a spectrum of Caribbean cuisines in a relaxed setting that neither caters to "reggae and rum" stereotypes nor compartmentalizes any given cuisine. Bristol-Joseph finds the throughline of ingredients and flavors from across the region and presents them thoughtfully and in a way that acknowledges the diverse history and experience of its people. I look forward to seeing the menu evolve with the seasons, especially when it comes to that okra. 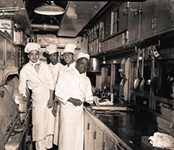