Plant pioneers, wines, and more to satisfy your culinary cravings 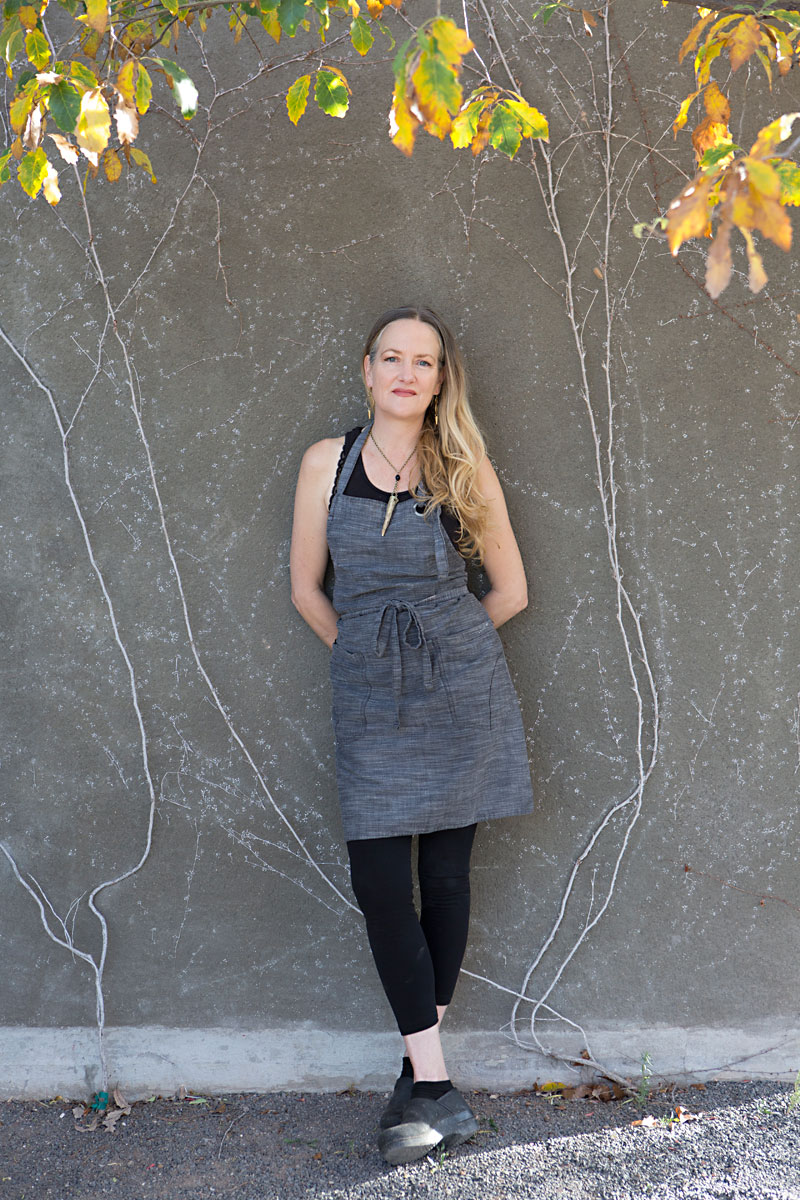 Now in its eighth year, the Austin Food & Wine Festival has settled into a recognizable pattern: special ticketed dinners and events after hours, the fire pit with chefs demonstrating their mastery of fire, culinary demonstrations by celebrity chefs like Andrew Zimmern and Jonathan Waxman, raucous wine tastings, and the overwhelming (and blissfully overstuffing) Grand Taste, where chefs from Austin and its surrounds put their best bites forward.

Far from being formulaic, there are always new and twisty surprises at AF&WF. In 2018, there were more female chefs represented in the Grand Taste than in previous years, and spirits have gained an increasing presence on the grounds. However, there are two new chefs and foodways who've sneaked under the tents this year – pioneers in their fields of high desert cuisine and vegan tacos.

On Saturday, chef Alex Gates of Marfa's storied Cochineal showcases the flavors of West Texas, a welcome addition to the slate of Central Texas and Hill Country profiles we all know and love. Gates, whose circuitous career path found her in Austin as executive chef at Hotel Saint Cecilia for a spell, took over ownership of Cochineal in 2018 and jazzed up the menu to reflect European and Asian influences (with a few nods here and there to the previous chef-owner, Toshi Sakihara, who passed away in 2014).

When asked to describe the flavors of West Texas, Gates is effusive. "There are herbs and plants that you don't even know the names for. Agave and prickly pear. Wildflowers to harvest and eat. I was surprised by how many fruit trees, apples and pears, there are out here," she says, enumerating the various flora available in the high desert. The fauna is plentiful and diverse, too. "Obviously, there's a lot of beef, steak, but also wildlife and game." Gates sources her proteins from Texas ranches, hewing as close to home as possible.

"I think of East Texas food as being more Southern, and Austin is more barbecue and Tex-Mex. There's Mexican food out here, but it's different because it's drier out here," she explains. The liminal nature of the high desert terroir allows for lots of flexibility, rooted in a baseline of European culinary practice. To that end, Gates plans to serve wild boar rillette with prickly pear gelée hit with smoky mezcal, pickled veggies, and house-made bread during Saturday's Grand Taste. 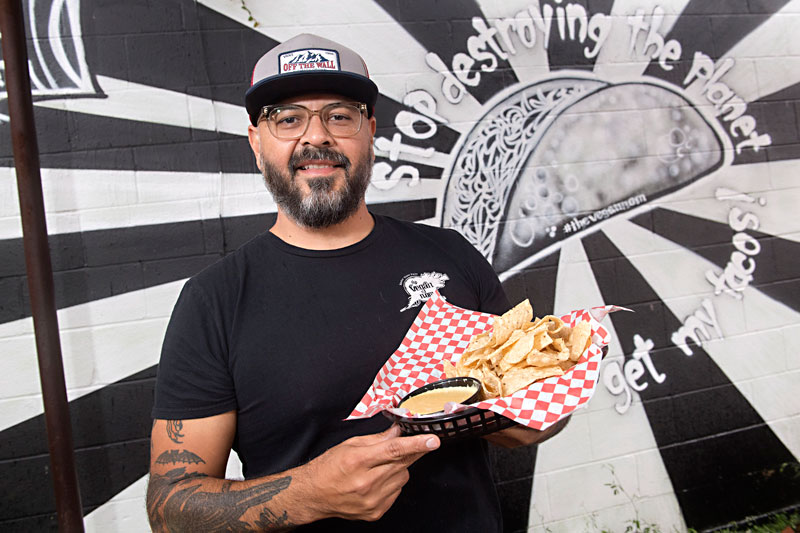 Chris Rios of the Vegan Nom (Photo by John Anderson)

Another pleasant surprise on the Grand Taste roster is Chris Rios of the Vegan Nom, Austin's first vegan taco truck. Those who've attended AF&WF in previous years know that the event is notoriously meat-heavy. While there are often meatless bites under the tents (notable tastes from fests past include a spear of white asparagus from Contigo's erstwhile Chicon concept, a teeny-tiny pie from Tiny Pies, and pretzels from Easy Tiger's David Norman), there haven't been dedicated vegan restaurants represented at AF&WF before now. In fact, at a party where there are literal pigs' heads dangling over open fires, it's a groundbreaking development to invite a chef who eschews all animal products.

"Part of the mission is to show that hey, we can make tasty vegan food and it's good for the environment and animal welfare," says Rios. "I think that being invited is turning over what veganism's all about now. People are starting to understand and are more educated about veganism. I think what makes Vegan Nom unique and able to contribute to that kind of environment is that I'm able to create vegan meats that can compete against actual meat and hold up. I do a very strong presentation of vegan smoked brisket, of chicken and pork. And my cheeses speak for themselves as well. Being on this type of stage allows us to show that we're plant pioneers."

Rios is still working out the details as to what he'll be serving at Sun­day's Grand Taste, but he's leaning strongly toward his house queso (it's legume-based and virtually indistinguishable from dairy queso) and his vegan brisket, which he is confident passes as actual beef. "People taste it and ask, 'What kind of beef is that?' and I say, 'It's seitan beef,'" he laughs.

Rios also belongs to a burgeoning class of food-truck owners invited to participate at AF&WF this year, along with Lakana Sopajan-Trubiana of Dee-Dee Thai and siblings Margarita and Nestor Mendez of Pueblo Viejo; this close attention to diversity (of food practices, cuisines, and practitioners) is reflective of the festival's growth over the past few years, and it's an exciting development indeed.

Perhaps the most exciting development at this year's fest, though, is the new partnership with H-E-B Curbside. Attendees order their favorite wines from the fest and pick them up from select stores. Anyone who has ever rushed straight from the festival grounds to Total Wine in hopes of finding that one magnificent rosé they just tasted only to have to make do with a lesser bottle would agree that this is a game changer.

The Austin Food & Wine Festival relies heavily on those high-profile, reliable faces year after year to draw the crowds to Auditorium Shores. But the truly exciting work is being done by the people you may have never heard of, one bite at a time.

The 2019 Austin Food & Wine Festival will take place Friday through Sunday, April 26-28 at Auditorium Shores. For tickets and more info on the other events – Feast Under the Stars (Thu., April 25), Grillin’ and Chillin’ (Fri., April 26), and Rock Your Taco (Sat., April 27) – see www.austinfoodandwinefestival.com.