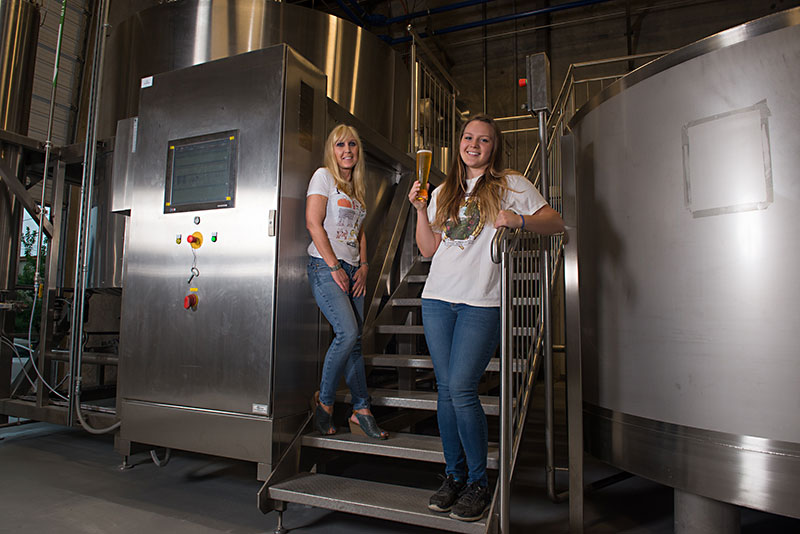 You really should have been there. Austin was still in its pre-post-ironic stage when "hippie," not "hipster," was the cultural epithet around town. A Waterloo Records sticker on your Geo Prizm's rear window meant you were here for college and a Psychobaby one on your Honda meant you'd lasted into the professional realm. Downtown looked more like vintage Albuquerque than modern-day Houston, and a midweek commute from Tower Records to Town Lake took less than two weeks to complete. Pluckers still delivered En Fuegos to your doorstep, and – get this – the only food truck on campus actually drove to your place to fulfill your street tacos craving after bars closed. And yes, there was but one bar district in the town – "dirty" alias pending – with three choices of beverage: Shiner Bock for the students, Zima for the candy kids, and Celis White for the fringe. And that is where the foundation of Austin's first big-time brewery began. On the fringe.

Long before craft brewing in Central Texas slanted toward German and Czech, 67-year-old Belgian Pierre Celis founded a modest brewhouse in the northeast outpost of Austin, accurately named Celis Brewery. The year was 1992 and at that time, Austin was a beer town featherweight. Not a single production brewery existed within the city limits, and brewpubs wouldn't become legal in the state for another calendar year. From a business standpoint, Celis saw the momentum of Austin as a place to do something extraordinary, a thriving city of educated graduates, state workers, and transplants for which to introduce the recipe that had made him into an icon in his hometown of Hoegaarden, where in 1965, he reintroduced witbier to the region after the style had fallen curiously dormant for decades. After selling his original Belgian brewery to investors after some financial setbacks, he sought to bring this unconventional white beer – so named because the yeast suspended in the liquid made the beer look cloudy – to Texans.

Pierre Celis saved witbier. What did you ever do?

The revitalization of his platinum-standard witbier was so influential that Coors Brewing Co. released an imitation of Celis' recipe in the form of a limp and feckless beer called Blue Moon in 1995, and later, Anheuser-Busch debuted their interpretation in Shock Top Wheat. Adversely, Celis White directly inspired true icons of the beer industry as well, stirring giants like Allagash and St. Bernardus to brew their own versions of witbier, which then launched the hundreds of iterations from other breweries around the country with contrasting levels of quality that you continue to see on the market today.

Celis White's massive popularity – along with their flagship beers Pale Bock, Raspberry, Dubbel, Pale Rider, and Grand Cru – helped to billow the brewery from 6,000 barrels in its first year to 16,000 by 1994, deactivating its classification as a microbrewery to become the state's only other regional specialty brewery outside of Shiner. Because demand for Celis' beer was far exceeding production, Pierre was faced with the option of disappointing eager fans or seeking help from a company who could assist with the 30-state distribution footprint and high-volume production. Consequently, in 1995, Pierre Celis famously sold 50% of his namesake brewery's stake to Miller Brewing in return for the support only a large brewery of that era could provide. His contract came with the stipulation, however, that at the end of five years, Celis would have the option to buy back the apportionment.

By the end of 1997, Celis had produced 23,000 barrels of beer – a record for the brewery – but still well short of the expectations set by Miller who targeted upward of 65,000 barrels per year. Miller wanted to increase production, but Pierre resisted, believing that overproduction could compromise the quality of his classic recipes. And as these rows often go, the bosses dispatched their corporate gang of killjoys to manage the details of the small brewery in Texas. Soon after, Miller's team determined craft beer to be an eccentric fad that was nearing the end of its course, and with Celis being unable to buy back his original shares, Miller shuttered the brewery for good on the final day of 2000.

Some will say that the Celis legacy carried on in 2002 when the Michigan Brewing Company acquired the brewery's seasoned equipment and original formulas for another 10 years (before eventually foreclosing and selling branding rights at auction to CraftBev International), but anyone who tasted those bootleg versions knows that they were total shit, a beer program so diluted and damaged that it had become incomparable to Pierre's lustrous standards.

Fortunately, losing a monolith like Celis had only minimal impact on the momentum that brought Pierre to Austin in the first place. Give or take some generous geography, the greater Austin area now claims up to 63 breweries in 2017, despite losing legacy breweries like Waterloo, Copper Tank, and the Bitter End to the dynamics of craft beer hype. Included in the recent abundance is the brewery (until recently) known as Flemish Fox. Its founder Christine Celis, daughter of Pierre, plans to debut this spring with a 22,000-square-foot brewery in Northwest Austin, making upward of 50,000 barrels per year. Through tireless pursuit and lengthy negotiations, she has recovered the naming rights for Celis back to the family, along with Pierre's acclaimed recipes. The iconic and globally regarded Celis Brewing is returning to its original home.

To those of you without an origin story that includes getting familiar with a Celis beer and Pavement, (and to those of you who do, but have bypassed that connection with forgetfulness) the return of Celis should aggregate what it was like to be a craft beer fan in old Austin. Before pilsners abounded, there was a bright little coriander and curaçao spiced beer that offset the fever of spring, then the relentless humidity of summer. This sentimentality, however, does come with one large caveat: This is a sequel. While this continuation of Celis intends to keep some of its supporting cast from the original brewhouse and has conserved notes from the foundational script of recipes that align with the company's canon, its principal lead is gone. This iteration of Celis should intend to put the old guard to rest and proliferate its own legacy. Reclaiming the Celis name is a measure of goodwill for Austin, analogous to Houston someday reclaiming the Oilers flag, but in the end, it's just a name, and a name will get you as far as a peek from modern craft beer fans.

At launch, Celis begins to set the world alight with the debut of its seminal Celis White using Pierre's original yeast strain and formula from 1965, then will pivot to a modern recipe called Citrus Grandis IPA, likely inspired by the current tenor of beer fanaticism, the northeastern IPA. Following this intriguing paradox of old and new will be two more of this nature: Celis Pale Bock and Celis IPA. In September, Grand Cru returns to Austin by way of Pierre's 1967 recipe, followed by two more legacy beers in Celis Raspberry and Celis Dubbel Ale. In the meantime, I invite you to order a local witbier to prime yourself for the imminent craze and to discover just how far the style actually hasn't come with regard to quality. Pierre Celis saved witbier. What did you ever do?

A version of this article appeared in print on April 14, 2017 with the headline: The Once and Future King