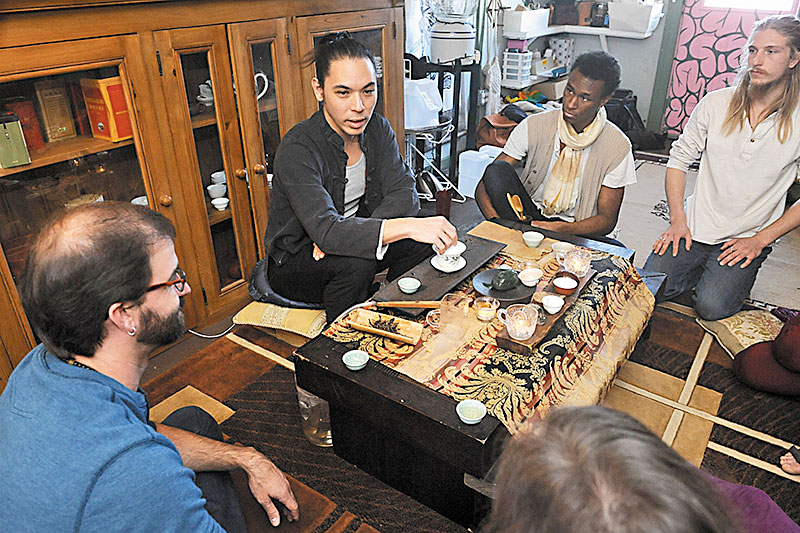 To say tea culture is becoming huge in the West would be an understatement. Matcha-infused cocktails are sweeping national bartending awards. The metabolic health benefits of fermented pu-erh tea have elevated it to near cult status. One can even now pursue a career as a "tea sommelier." But as environmentally, socially, and health-conscious consumers demand organic certification, sustainable practices, and Fair Trade stamps of approval, tea production has increasingly been put under the microscope – a tough task when that production is thousands of miles away. But while there may not be a truly Texas-grown tea, locals are doing what they can to make sure we can feel good about our tea fix.

Houston-bred So-Han Fan moved to Chengdu in 2010. At the time simply a tea enthusiast, he traveled all over the Sichuan, Yunnan, and Guangxi provinces, meeting tea farmers and observing the art of cultivating thousand-year-old tea plants. Fan came back to the States with a sampling of the crops, excited to share it with his tea buddies. "We drank it all, and then I wanted to get more," he explains. "I tried to order it from my farmer friends, and learned I couldn't do that." Due to FDA regulations, the only Chinese tea Fan could get in the United States was "factory tea," large-batch blends of many different farms' product. "There's nothing inherently wrong with factory tea," Fan explains, "unless there are a lot of gnarly pesticides and herbicides in the tea." Often there are.

Fan's response was to import what he knew firsthand was grown without herbicides or pesticides directly from his friends, who he could ensure were paid a living wage for their hard work and quality product. "I had to register FDA food-handling facilities here in Austin and in Shenzhen, where my tea ships from. When I ship tea I have to give prior notice, and when it arrives I have to do customs clearance." Fan's campus-area West China Tea Company is the only farm-direct Chinese tea importer in Austin, and one of only three in Texas.

Lonesome Dove, Odd Duck, Barley Swine, Jeffrey's, and JuiceLand are among WCTC's wholesale clients. "Any restaurant that takes pride in their product ... is absolutely going to appreciate the process and the quality of our tea – in the way that a consumer wants to know, 'Where is this chicken from?'" says Lacy Quin, WCTC's wholesale manager. Fan laments that the Chinese organic certification system is horribly corrupt. "What's important to me is I've seen the plants," he explains. "The farmers have taught me how to look for it: Are there weeds growing? Are there bugs on the leaves? Are there spiderwebs growing on the plant?" He maintains that the best-tasting teas come from plants completely left alone.

What WCTC is doing with Chinese teas, Austin's Sesa Pure has been doing with Indian, African, and Japanese varieties for more than 15 years. "It would be much simpler to create and launch a tea company by ordering pre-packaged teas from a broker or wholesale catalogue," writes founder Aswini Sivaswamy via email. "[But] all those obstacles make the journey more genuine and rewarding." Sesa Pure's corporate accounts include Ruta Maya, Mozart's, Cherrywood Coffeehouse, East Side Pies, and Stouthaus. "Because of the close ties, and intimate collaboration with some of the growers, we can not get more authentic direct trade and fair trade arrangements," writes Sivaswamy.

Still, imports are not the only path to an ethical cup. Technically, only beverages brewed from the Camellia sinensis plant can truly be called "tea." All other hot-water infusions – encompassing herbs, spices, fruits, and flowers – are called "tisanes." But Camellia doesn't grow well in U.S. conditions. It takes decades to yield a harvest once established, and even then it takes hundreds of years to truly mature. For those interested in a sustainably grown, energy-boosting beverage – and who aren't too hung up on vernacular – the most local "tea" available to Texans comes from the native yaupon holly tree. 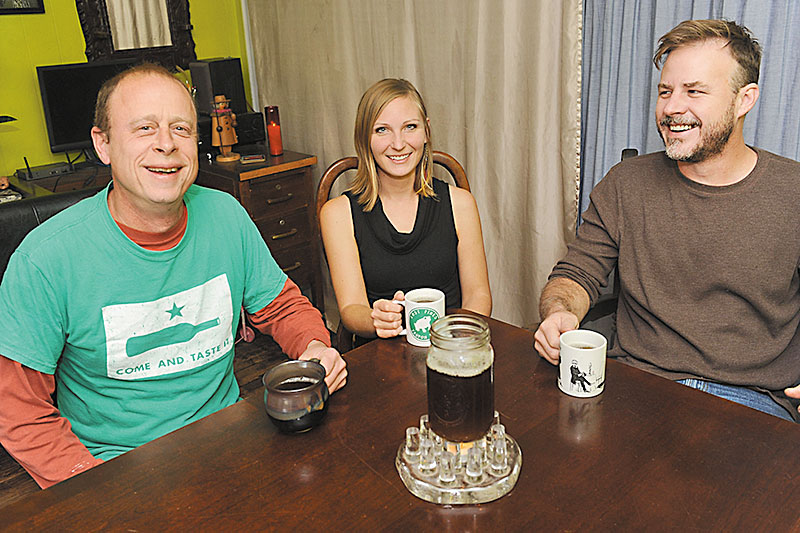 Former coffee drinkers Jason Ellis, Heidi Wachter, and John Seibold launched Lost Pines Yaupon Tea earlier this year. Ellis had been experimenting with and enjoying the naturally sweet beverage for several years, but it wasn't until the other partners tasted it for themselves that the group realized they were on to something. North America's only caffeinated plant, yaupon (pronounced YO-pawn) is a cousin to South America's guayusa and yerba maté. Known as "black drink" to Native Americans, yaupon tea was brewed strong and consumed on a daily basis for centuries. But with the end of the Civil War, and lifting of naval blockades, imported Chinese teas and coffee resumed their status as the beverages of choice.

Yaupon's caffeine content is significantly lower than regular tea and coffee, but makes up for it in theobromine, the feel-good phytochemical found in dark chocolate. "It's a stimulant that will give you energy, but it's a more balanced energy," explains Wachter. "Yaupon doesn't give you that jittery feeling that caffeine does." Preliminary studies at the University of Florida and Texas A&M also suggest the leaf's antioxidant content equals green tea or blueberries. "It's way more than organic," notes Ellis. "It's not even using organic fertilizer; it's free of everything. And it doesn't require extra water, which is a huge thing in Texas."

"Everyone in Bastrop can't believe we're harvesting yaupon to make tea," says Wachter. To residents, it's a nuisance, even considered invasive. "They don't like the plant on their ranches," she continues. "It's very hardy and it's everywhere." Even in extreme drought conditions, yaupon spreads like wildfire – an apt analogy, considering yaupon was blamed as "ladder fuel" in the devastating 2011 Bastrop fires. While baby loblolly pine trees are finally starting to proliferate, yaupon is growing back even faster and choking out the new pine growth. The entrepreneurs recognized an opportunity to clear yaupon while harvesting its leaves for tea, and to help repopulate the area's precious forest.

"We put an ad on Craigslist saying, 'We want your yaupon,'" says Ellis. The responses immediately poured in, with ranchers practically begging the harvesters to help themselves to the commodity. "Someone offered us barbecue," he recalls. Wachter adds, laughing: "We were offered hand-sewn costumes by a seamstress who makes outfits for the Renaissance fair ...."

A further benefit of this particular business model is that clearing yaupon in the Lost Pines forest helps restore the breeding ground of the endangered Houston toad, represented on the company's logo. "Sustainable" doesn't begin to describe the budding yaupon tea industry's positive impact. "We feel like we're actually doing something good," beams Ellis.

For more information, including retail locations and farmers' market hours, or to schedule a tasting, contact the businesses (info below).