How Saengerrunde Hall learned to sing a new tune 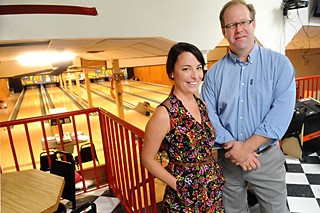 When German immigrant and Con­fed­er­ate War veteran August Scholz opened his tavern and cafe in post-Civil War Austin, little did he know that his enterprise would go on to be the longest continually operated business in the Texas capital. Scholz ran one of several local biergartens that were popular gathering places for area German immigrants, but his was the only one to survive into the modern era. Perhaps the physical location halfway between the seat of Texas government and the young state university was a contributing factor to his success. Legislators and University of Texas students alike gravitated to Scholz's near the end of the 19th century, and it became known for spirited political debates and raucous post-football game celebrations. Another group that made itself at home at Scholz's was a German singing society called the Austin Saengerrunde ("singer in the round"), which was formed in 1879, making it the oldest ethnic cultural organization in the city. Not long after the turn of the 20th century, the futures of the popular biergarten and the singing club would become linked forever. August Scholz's heirs sold the tavern and biergarten to the Lemp Brewery in 1893, and the brewery in turn sold the property to the Austin Saengerrunde in 1908. The club added a six-lane bowling alley to the facilities (now Austin's oldest continually operating bowling alley) and used the hall for meetings, choir rehearsals, recitals, and recreational events; they leased the tavern and biergarten to various restaurant operators over the years. Scholz's even survived Prohibition by serving non-alcoholic beer along with food and hospitality. 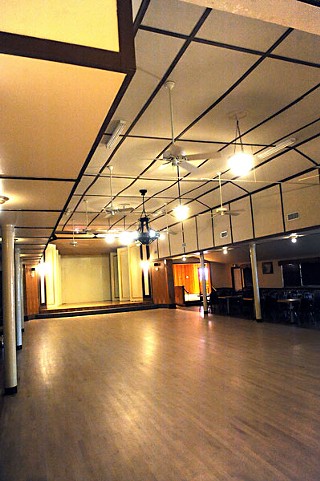 Fast forward to a more modern Austin: Scholz Garten and Saengerrunde Hall are now surrounded by the high-rise buildings and parking garages that house the state of Texas government offices, but it's still within walking distance from the Capitol building and the ever-expanding UT campus. Every few years, fresh crops of legislators, bureaucrats, and lobbyists rub shoulders with new and returning UT students in the shaded old biergarten, but the singing society membership was aging and the hall's facilities became somewhat faded and worn. Saengerrunde Hall just wasn't on the radar of Austin's hip, young event planners. Both the club and the hall needed a new generation to take up the mantle and breathe life into the historic spot once again. That much-needed spark came from new president Brian Michalk and executive director Reagan Roland.

Michalk is a second generation Saen­gerrunde member, having been recruited by his uncle Ted Zoch. "My uncle first recruited me when I was in college. I was active for a while and then sort of faded away. Then a few years ago, my wife and I attended a club function and realized being active members could be a lot of fun," Michalk recalls. Michalk, 45, is now serving his second one-year term as club president, and he's eager to welcome new members to the organization whose mission is to "promote German heritage through song." Michalk says German lineage is not a necessity for membership, and the men and women who join don't even have to be good singers, although that certainly helps. "All that's really necessary is a willingness to sing songs in German and have a good time doing it," Michalk says to potential new members. A music committee chooses songs every year and the club holds recitals and performs concerts featuring the men's, women's, and mixed choirs. They sing German carols at Christmas, folk songs, German lieder, and drinking songs on other occasions.

"When I became active again a few years back, people would come for meetings or choir practice and then just leave. I solved that problem by installing a kegerator upstairs, and people began hanging around after practice," Michalk reports. "We want to attract new members with good food and beer and the idea that this is a place to have fun." He's encouraged by recent membership growth and excited about Roland's efforts to revitalize the hall by increasing the visibility, the event bookings, and hence, the revenues. "She's a huge asset to the club with a talent for keeping things running smoothly. If I brag about her too much, somebody is liable to come along with lots of money and hire her away, but we're lucky to have Reagan in her prime," Michalk says with obvious pride.

When Foodways Texas held their annual symposium at Saengerrunde Hall in the spring of 2013, Roland was a whirling dervish, organizing graduate student volunteers, serving guests, cleaning up, and promoting the hall's amenities to anyone who showed an interest. During a German luncheon prepared by locavore chef Jesse Griffiths, the old building's heritage and cultural significance came together at the table. It happened again in the fall of that year when Saengerrunde Hall and Scholz Garten hosted the first AustOberfest celebrating artisan sausages, local craft brews, and imported German beers enhanced by bluegrass music on the outdoor stage and lively polka tunes in the hall. Once again, Roland was hard at work, making sure things ran smoothly and that the facilities were shown to their best advantage. Promoting the hall is something of a calling and she excels at it.

The 30-year-old Texas native came to Austin with her husband, Nicholas, who is pursuing an advanced degree in Southern history at UT. "I have always enjoyed working for nonprofits and raising money for causes I believe in. I volunteered at the club for about a year before I convinced them to hire me. I could see they weren't maximizing the potential of this place," Roland explains. To that end, she stays busy promoting the hall to brides, local corporate and music event planners, and representatives of nonprofits. As a midsized Down­town venue, Saenger­runde has lots to recommend it: seating for 200 with a stage and a PA system, a convenient service kitchen, a six-lane bowling alley, and an upstairs patio deck with a view of the Capitol. "One of the best things about this place is that you can dress it up or down. It's great for people who want to make their own decorations, bring in their own food and drinks, but it also works well for more formal events," Roland reports. She books everything from wedding receptions to quinceañeras, corporate meetings to South by Southwest showcases. "I love making money for the club to support some necessary renovation projects," says Roland. Under Roland's tenure as executive director, those improvements include work on the bowling alley, resurfacing the floors and applying a new coat of paint and new ceiling tiles in the hall, and the purchase of a sun screen to shade the upstairs deck.

With the club's blessing, Roland sets special rates for nonprofits, especially those that promote food and culture. The recent Slow Food Austin Grub Trivia benefit packed the hall on an August Sunday, and the second annual AustOberfest that benefits Foodways Texas is scheduled for Saturday, Sept. 27. Roland and Michalk are both excited about the plans for AustOberfest after last year's sold-out success. "We'll increase the area some by closing off the block of 17th Street just north of the restaurant this year, and we're working towards being able to close the entire block of San Jacinto in front of the building next year," says Michalk. Roland has already heard from more than 20 restaurants and artisan sausage makers who want to bring sausages and sides to this year's party, and local craft brewers will be well-represented too. Tickets are on sale now, but will be capped at 2,000. Polka music will bring the newly refurbished hall to life while members in authentic German folk regalia do the chicken dance. You're more than welcome to get into the act. Come on in, the culture's fine. The Best of Oktoberfest
Six local picks for celebrating pretzels, brats, and beer