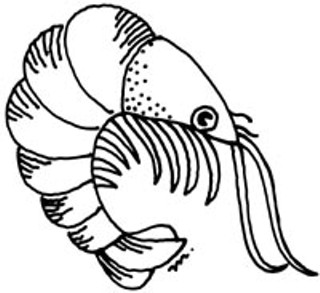 My partner Will and I drove our truck on a 10-day trip to Mexico's Gulf Coast to do some research for my book about tamales. The plan was to go through the Huasteca on our way to the coast of Veracruz. The Huasteca is a beautiful subtropical region in the states of Tamaulipas, San Luis Potosí, Veracruz, and Hidalgo. The lush countryside is covered by hundreds of orange, lime, and mango orchards, and people sell fresh-squeezed juice and mango pie along the way. Once on the coast, our goal was to look for what we ended up calling "the wily and elusive seafood tamales."

Of course, no matter how much research one does in advance or how many maps of Mexico one brings, driving around in Mexico is, for all practical purposes, a challenge. After a bad experience in Veracruz City, where it was difficult to get around, find a hotel for under $60, and find the right places to eat without paying tourist prices, I was not quite looking forward to our next big-city adventure at the port of Tampico. In the haste of leaving Austin, I had not contacted my friend Alejandro, who has been living there for three years now. We met in high school in Mexico City and have remained very close friends for the last 23 years. I despaired that we had no way of finding him once there.

I was told that the small town of Nautla was the place to find the "wily and elusive," so we drove along the Veracruz coast to a gorgeous area called Costa Esmeralda, a long stretch of almost-virgin beaches named for the beautiful emerald green of the ocean. After a tropical-storm soaking and a fruitless search in Nautla, the seafood tamales kept their nickname and we moved on north to Tamiahua.

Tamiahua is a small, remote village on the coast, where a freshwater lagoon meets the sea. My father had told me it was an excellent place for freshwater and saltwater seafood, and, from experience, he warned me not to eat the oysters. We reached a little restaurant at the end of the main street, filled with lunchtime patrons enjoying various seafood dishes. We stopped to relax a bit, have a bite, and plan the rest of our day while drinking a couple of Victoria beers. Looking up from my menu, I saw a familiar-looking man approaching the restaurant: Alejandro.

What are the odds of this happening, really? The space-time continuum had aligned so I could run into one of my dearest friends at a rinky-dink restaurant, in a tiny town at the end of the world. Briefly recovering from the surprise, we ordered another round of Victorias, followed by some house specialties that Alejandro recommended: fried fish fillet stuffed with a spicy crabmeat mixture; octopus veracruzana stewed with tomatoes, jalapeños, and capers; and fillet of fish al mojo de ajo, covered with crispy fried garlic slices. Working was out of the question for all of us after that. We made plans to follow him back to Tampico. We could stay at his home; he would take us to eat good food and to look for seafood tamales. My prayers had been answered.

Next day he took us to Tampico Alto, where we spent the afternoon at a family-owned restaurant in a beautiful, pristine place next to a lagoon, surrounded by mangroves. We sat under a big palapa and ate wonderful stuffed crabs, fish salpicón with freshly made tortilla crisps, and a plate of peel-and-eat shrimp al ajillo, coated with a garlic and guajillo chile mixture, washing it all down with plenty of ice-cold Victorias. Later, in Tampico, he took us to Cantina El Porvenir. There, we feasted on giant shrimp al natural, crabmeat salpicón, and the house specialty, crabmeat ô la Frank. This is a regional dish unlike anything I'd ever had before: a sinful mixture of pure crabmeat in a lime-cream sauce served with thinly sliced cheese, flattened out to resemble small tortillas, to roll the crabmeat in. It was heavenly.

We sat there, full of seafood and Cuban rum, the three of us still looking at one another in disbelief, laughing and toasting to our good fortune. Unfortunately, the quest for seafood tamales remained fruitless, but by then it didn't matter. Fate had thrown us a curveball, and the miracle encounter at Tamiahua had made the entire trip worthwhile and unforgettable.