How to Get to Q2 Stadium by Car, Bus, Rail, Bicycle, and Rideshare

"Can I park at Q2?" and other burning questions answered 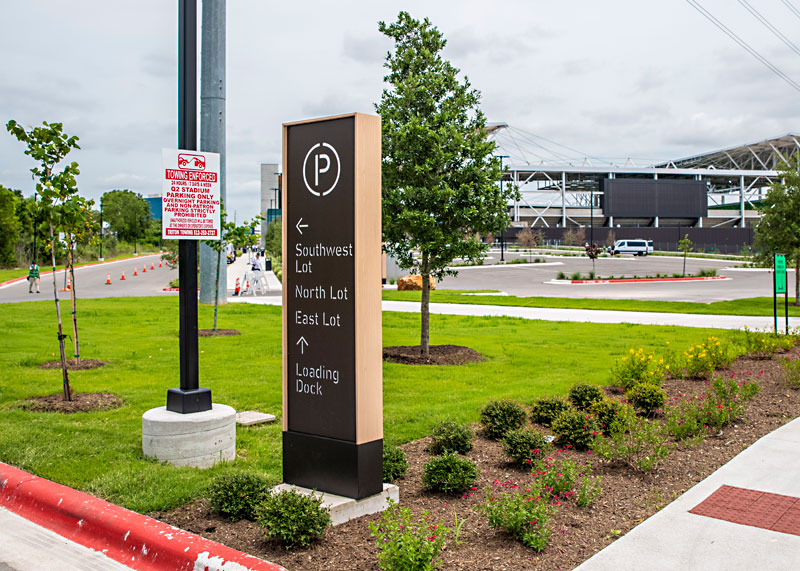 While "pregaming" typically has fun, boozy connotations, when it comes to game day at Q2, we're talking about doing the necessary prep work to plan your arrival – plotting your bus or rail route, downloading rideshare apps, pre-booking a parking space, or just knowing where to lock your bike.

First, the math: There are roughly 850 parking spaces at Q2 Stadium, and 20,500 seats in the stadium. Even if you've got one of those clown cars you can jam a dozen friends into, there is never, ever going to be enough on-site parking at the stadium to accommodate everyone and their gas guzzler. Luckily, Austin FC, the city of Austin, and CapMetro have had eons to prepare for this day, and we're certain (certain!) the multimodal mobility plan they've put together is going to make arriving at Q2 a breeze. Let's get started.

If you're one of the lucky few to have pre-purchased parking at home matches, then you and other permit holders will be parking on-site in the Southwest, East, and North Lots.

Austin FC has also secured parking spaces in area lots and garages within a mile of the stadium to meet the estimated game day demand. Attendees will be able to pre-plan and pre-purchase these parking spaces via the Pavemint app. Once more with feeling: Austin FC strongly urges attendees to secure that parking in advance.

Additional on-street parking will be available via the city's Park ATX app but not available in nearby neighborhoods.

Wondering how to get to the stadium? Austin FC has directions for preferred routes via Loop 1, U.S. 183, Loop 360, and I-35 on their mobility page at austinfc.com/stadium/q2stadiummobility.

• MetroRapid 803 will operate at least every eight minutes with drop-offs in front of the stadium. 803 Southbound service will be available on the west side of the stadium post-match. Extra MetroRapid vehicles will line up along Bright Verde Way when the match ends.

• Route 3 will operate on its normal schedule and drop off in front of the stadium.

• Route 383 will operate on increased frequency of 15 minutes and will drop off in front of Q2 Stadium. Route 383 serves two nearby Park & Rides: North Lamar Transit Center and Pavilion Park & Ride.

• Route 392 will operate on an increased frequency of 20 minutes between Q2 Stadium and Tech Ridge Transit Center. 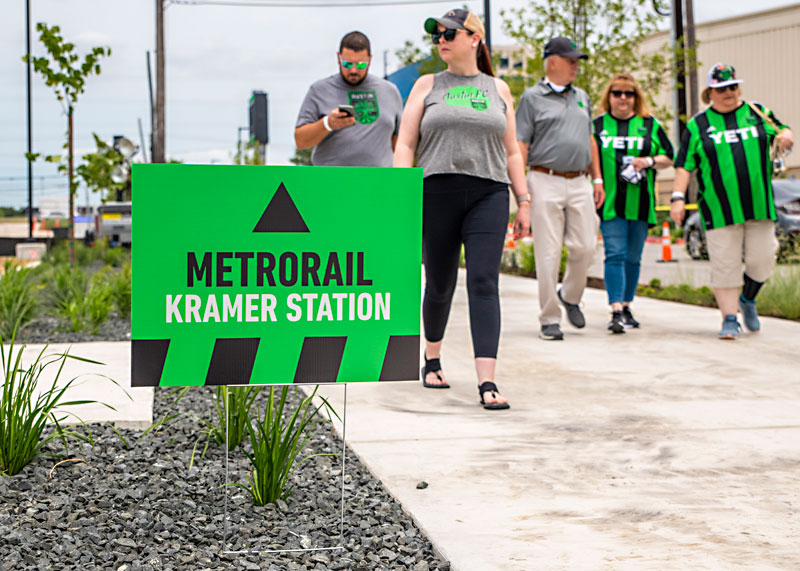 Capital Metro will operate Special Event Service to Q2 Stadium on match days. Take the MetroRail Red Line to the end to the line at Kramer Station; from there, wayfinding signs will direct fans along the estimated 15-minute walk to the stadium.

Bicycle lanes will lead to the stadium's bike valet service on the east side of the building.

Once You're There: Bag and Cash Policies

As with most major sporting venues these days, Q2 Stadium has a pretty restrictive policy on bags. Q2 Stadium prohibits all bags, backpacks, and other carriers being brought in the stadium, with a few exceptions: Medical and childcare/diaper bags are allowed (the latter requires an accompanying child). Any other bags must be clutch-sized (equal to or smaller than your hand). Also, Q2 is a cashless venue, so bring your swipey cards and/or download the Austin FC & Q2 Stadium App for mobile ticketing, concession orders, and merchandise shopping.

A version of this article appeared in print on June 18, 2021 with the headline: Can I Park at Q2?