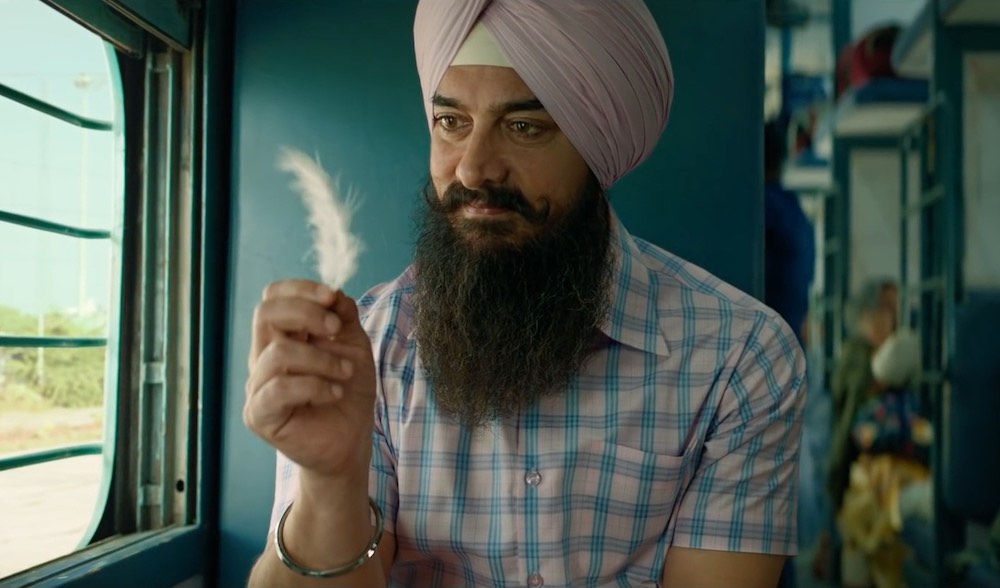 It’s been nearly 30 years since Forrest Gump was released to overwhelming acclaim. The story of a simple, guileless man stumbling through the world, interacting with and occasionally creating history along the tumultuous path of the United States through the Cold War years resonated with audiences for its gentle treatment of these tough times. Some, me included, find it saccharine and flat, led by a character whose deep earnestness and ignorance of the world he’s affecting feel almost insulting. However, those opinions are in the minority, and the film has a firm place as an American classic. But what happens when this story is translated to another culture?

Laal Singh Chaddha is an official Bollywood remake of Gump, directed by Advait Chandan (Secret Superstar) and adapted from Eric Roth’s original screenplay by Atul Kulkarni. Hindi film superstar Aamir Khan (Dangal) takes on the title role as the naive, perhaps even more demonstrably intellectually disabled Laal, moving the action from Alabama in the Fifties to Punjab in the Seventies. Over the course of roughly 40 years, Laal meanders through significant events in Indian history in a manner that will be very familiar to fans of the original.

Often, when a film is remade, there is great care taken to adapt the material to its new market. Laal Singh Chaddha makes some of those changes, but most of the adjustments are for the worse. Gump's girlfriend Jenny is replaced with Rupa, played as an adult by another A-list actor, Kareena Kapoor. Rupa’s journey is significantly different in this version of the story however, eschewing the subtextual commentary provided by Jenny’s travels through the underground in the original in favor of a simple girlfriend-of-a-gangster tale. Through no fault of Kapoor’s, Rupa’s arc is almost completely flat, removing one of the most interesting aspects of the original film.

Khan’s Laal is also a much broader interpretation of the Gump character. Rather than Hanks’ straightforward portrayal of a man with a low IQ, probably somewhere on the autism spectrum, Khan plays Laal as a caricature of an intellectually disabled protagonist; imagine Billy Bob Thornton from Sling Blade, but less subtle. It’s almost painful to watch, as he’s known as one of India’s finest actors but when challenged with this character, he overshoots by a mile, bringing to mind a certain quote from Robert Downey Jr. in Tropic Thunder that I am hesitant to restate here, but you probably know the one about never going full …

Without a solid and compelling performance from Khan, the rest of the film is never going to work, but he is not helped by what is an incredibly lazy adaptation and direction from Kulkarni and Chandan. Much of the dialogue is lifted word for word from the original; minor changes exist, but only when absolutely necessary. A box of chocolates becomes a box of golgappa, a popular street food; ice cream at the field hospital becomes kulfi, a popsicle-like dairy treat, and so on. Chandan’s direction similarly seeks to do little more than mimic the original, with dozens of shots directly lifted, almost as if he simply played the movie on set and asked his actors to make the exact same motions with the exact same camera moves. It’s more a reenactment than a remake, something like Gus Van Sant’s Psycho, but Gumpier.

Perhaps if it had leaned into its own disinterest in saying anything new, it may have been satisfying as a big-budget fan film. However, the problems are significantly deeper. While Forrest Gump attempted to have its character interact with a troubled history, Laal Singh Chaddha is content, perhaps even proud, to let its character be a passive presence. As if simply having him near history when it happens is good enough. On top of that, all of the references to sex and drugs in the original, which inform Jenny’s story, have been completely removed. Laal Singh Chaddha is Forrest Gump for people who thought the original film was too edgy, and that’s not a good place to be.

Even giving the film the benefit of the doubt and accepting that it was made for a more family-friendly audience, taking away my own biases toward the original and even attempting to place myself in the shoes of a person who had never seen the original and was experiencing this story for the first time, there are superficial issues.

Aamir Khan is 57 years old, and he spends a lot of this film playing Laal in his 20s. This means that significant digital de-aging was going to be inevitable, which I don’t have a problem with, however, they not only smoothed out his face, but they also changed his body shape to such a degree that whenever young Laal is on screen, the entire background warps to his younger, thinner physique. It’s horribly distracting and not the kind of thing an audience expects in a big-budget drama. It took a while for me to determine what the problem was; it almost looked like he was green-screened into a lot of shots, but once you see every straight line in the frame bending at a 45-degree angle to accommodate the CG, you can’t unsee it.

I have no doubt that Laal Singh Chaddha will be successful. It’s a feel-good film just like its predecessor, featuring two of Bollywood’s biggest stars, and based on one of the most beloved films in history, but it is bad. Even Satyajit Pande’s stunning cinematography showcasing the vast and diverse landscapes of India isn’t enough to save this maudlin mess. Between the neutered and uninspired adaptation, the direction that seems satisfied relying on shots that already exist rather than building something new, and the gobsmacking, borderline offensive portrayal of the lead character by Khan, Laal Singh Chaddha is a big miss. 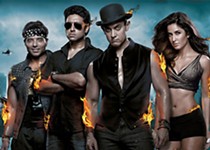 Dhoom: 3
This Bollywood action thriller is burning up the box office. 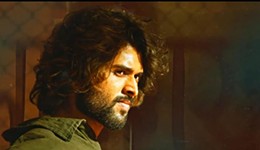